Immunizations required for all school children by Feb. 20

Firefighters had a successful day today. The continued cooler weather pattern allowed for firefighters to work on completing control lines around the fire. The fire size remains at an estimated 2,435 acres and is 15 percent contained.

The Kimberling Fire, east of Rose Lodge, has a fire line around the entire perimeter and hose lays were constructed. “Water began flowing at noon” stated Operations Section Chief Mike Carlson. Mop-up is the focus now on this fire. Firefighters will be working from the perimeter towards the center of the fire. This work will continue for the next few days. 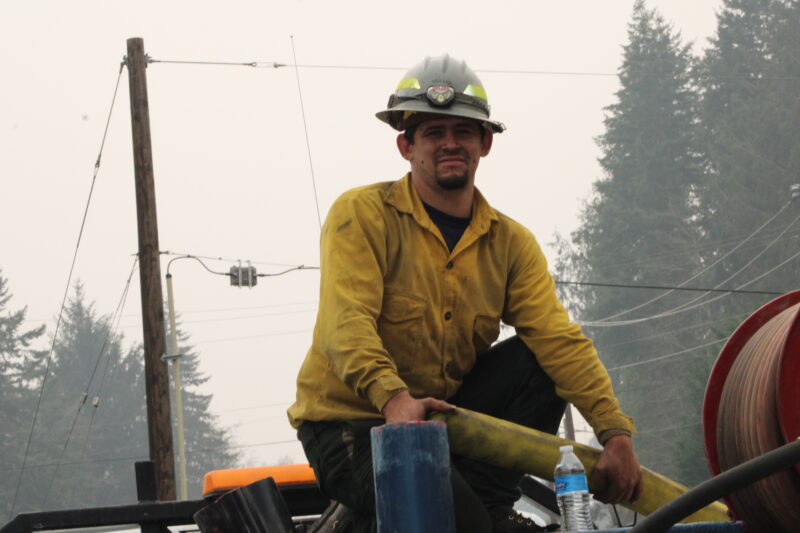 On the larger portion of fire near Otis, crews have nearly completed fire line around the perimeter. Hose lays are being constructed that will assist with the mop-up operations. Hazard tree mitigation and powerline repair is still part of the day shift’s operations.

Night shift resources will focus on patrolling the fires and monitoring fire behavior. Day shift resources will finish building fire lines and continue mopping up around the fire tomorrow. The predicted weather calls for continued cooler temperatures in the 60s with higher relative humidity that will keep the fire from being as active as it has been. Rain is in the forecast starting early next week.

The area remains extremely hazardous. Falling debris, downed power lines and hazard trees continue to be issues. Please avoid the fire area. Highway 18 remains closed at this time. This closure is in place to protect members of the public, as well as firefighters.