Information on COVID-19 for Oregon and how to help

NWS issues ‘special weather statement’ for snow in the passes

‘Conversation with the Candidates’ set Oct. 17 at Autobahn 101

The following is a guest editorial submitted by Lincoln City resident Jay Roelof, who served in the military from 1963-71. Thank you for your service. 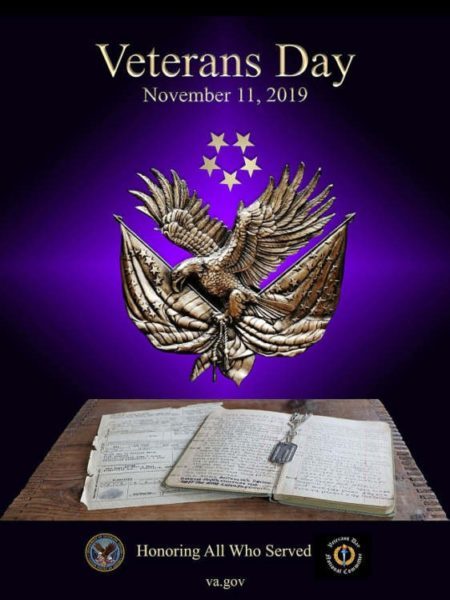 World War I officially ended when the Treaty of Versailles was signed in France over a century ago on June 28, 1919. However, the fighting ended seven months earlier when a temporary cessation of hostilities, or armistice, between the Allied Nations and Germany went into effect on “the 11th hour of the 11th day of the 11th month” of that year.

That’s why in November 1919, President Wilson proclaimed November 11 as the first commemoration of Armistice Day.

In May 1938, a US Congressional Act made November 11th a legal holiday dedicated to the cause of world peace – to be celebrated and known as “Armistice Day” – a day set aside to honor WWI veterans, as the term was defined at that time.

In 1940, Congress enacted the Selective Training and Service Act (“the draft”). All males between the ages of 21 and 35 had to register for the draft and were then subject to being called for active duty. As World War II progressed, the draft age was lowered to 18 and Congress gave the president power to send draftees anywhere in the world, removing the distinctions between draftees, regulars, National Guardsmen and Reservists.

After World War II ended, The Reserve Forces Act of 1952 required every man who was drafted or enlisted to serve an eight-year obligation consisting of Active Duty followed by Standby Reserve Duty. Then in June 1954, after the Korean War armistice was signed, Congress at the urging of the veterans service organizations, amended the Act of 1938 by striking out the word “Armistice” and inserting in its place the word “Veterans.” Thus November 11 became a day to honor American men and women veterans of all wars, and, except during a period when “3-day holidays” were in vogue, that’s the way “Veterans Day” remains.

In 1973, the draft ended and the US converted to an All-Volunteer military. So, from 1948 to 1973, during both peacetime and periods of conflict, men were drafted to fill vacancies in the armed forces. Men still have to register for the draft when they turn 18, but, as yet, women are not required to do so.

Thus, the term “VETERAN” applies to ANYONE who either enlisted or was drafted into the US Military -regardless of gender or where they ended up being assigned in the world, whether they served in a combat or non-combat branch, or whether their service was full-time active duty or part time National Guard or Reserves duty. For the past 67 years, that service obligation for men has been for a MINIMUM of eight years, at least two of which had to be on active duty anywhere in the world that the government chose.

Furthermore, under the Military’s “Stop-Loss” authority, regardless of the combination of active duty/reserve commitment that a Veteran is serving under, he or she can be called to active duty at any time during that period should the need arise.

So, when you say “thank you for your service” to a Veteran, you should be thinking about the “blank check” that person signed and turned over in complete trust to our government to spend wisely.

The coastal office of Samaritan Evergreen Hospice is moving rapidly through the partnership levels in the nationwide program called We Honor Veterans, which is designed to empower hospice professionals to meet the unique needs of dying veterans.