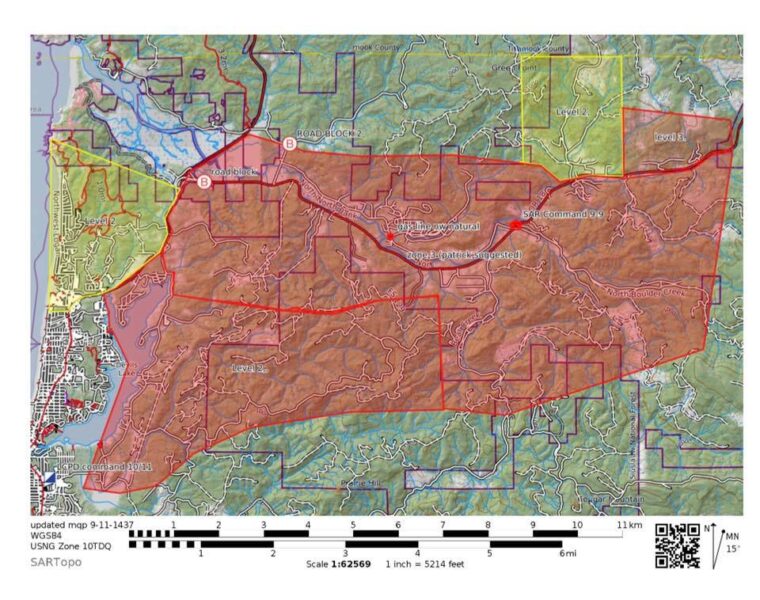 Evacuation levels for Lincoln City have been updated Friday and residents are allowed to return home, but a Level 3 area (get out now), still exists east of Lincoln City.

Weather conditions are favorable to firefighters on the front lines and the relative humidity should aid them as they fight to keep the Echo Mountain Complex of wildfires within an established perimeter. Firelines are being constructed and outside help has been incorporated.

Some evacuation levels have been downgraded.

Downgraded to Level 2 (Get Set) –
Roads end from the beach over to Hwy 101, south to NW 39th and west to ocean. You may return home. Be aware that NW Natural does not have gas back on yet and and electricity may go off and on for the next few days as crews repair lines.

Level 2 and Level 1 notices removed: NW 39th to west side of Devil’s Lake and south through the city of Lincoln City.

If you need transportation back home, contact the Lincoln County Call Center 541-265-0621.

Fire officials say the fire is still very active and dynamic and urge the public to respect road closures as they are in place to protect firefighters and the public’s safety.

A spirited volunteer cleanup effort is underway in Otis as workers sift through the rubble of destroyed homes left behind by the Echo Mountain Complex Wildfire.
Read more

Boy Scout Troop 47 is having a Christmas tree fundraiser at the Lincoln City Cultural Center to pay for the Scout's summer camp.
Read more
Local News

A hike for all ages: Drift Creek Falls

Lincoln City Councilors decided to put a list of priorities created last year on hold during Monday's video conference meeting in favor of addressing the COVID-19 situation and what they could do to help beleaguered businesses.
Read more
Archives

The City of Lincoln City needs to fill over 20 vacancies left by outgoing volunteers for various committees and boards.
Read more