No More Parking on the Beach?

Homepage reporters were on Highway 18 Sunday after attempts to get media access to the Echo Mountain Complex Wildfire and affected neighborhoods was not granted. 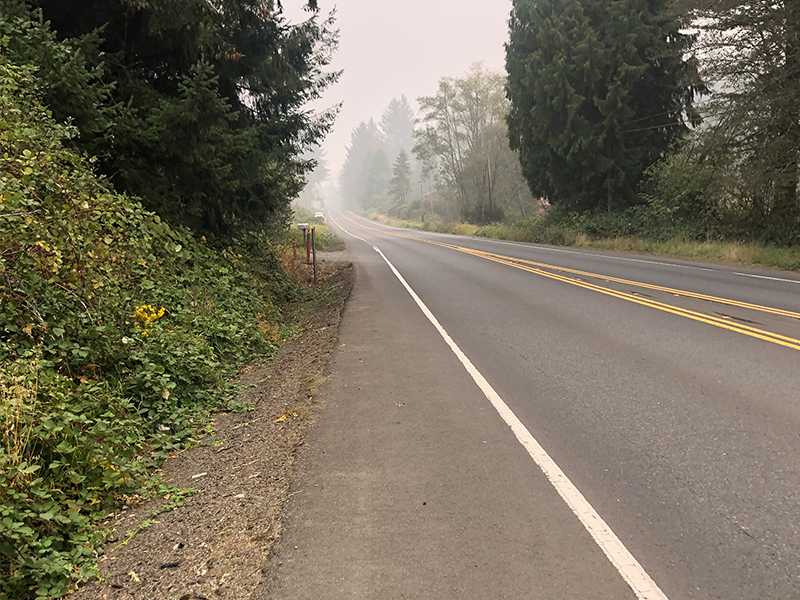 After running into National Guard humvees at NE East Devils Lake Road and NE Highland Road, we hiked up Highway 18, trying to provide coverage of what’s going on in the area.

Reports of National Guard deployments, citizens not being allowed to leave their property and other stories from residents in the area couldn’t be investigated without access.

As we approached Otis, we were met by a Lincoln County Sheriff Deputy, who informed us we couldn’t be on Highway 18 as it was “not safe” and gave us a ride back to where we started. The deputy said there were downed power lines and other dangers crews were working to fix.

Shortly after our attempt to reach Otis, Lincoln County Sheriff Curtis Landers put out a statement that his deputies would assist residents in their efforts to find out if their home was safe or not. Families who need to check on the status of a home can now do so with a Google Docs form provided by the Sheriff’s Office.

Lincoln City Mayor Dick Anderson spoke with us at the Lincoln City Community Center earlier on Sunday and answered questions about the economic damages facing the tourist destination on the Oregon coast, the challenge of recovery and called for state and federal officials to take preventative measures in the future.

Also on Sunday, we spoke with Hal Graves, a retired Navy Veteran, who had problems getting prescriptions. Mayor Anderson gave him the Red Cross number, 503-284-1234.

Homepage spoke with homeowner Cherry Kroff, an 82-year-old who described firefighters battle to save a neighborhood on the east side of Devils Lake and possibly the town.

Lineman Jarrett Buchanan told us of things he saw while repairing power lines and spoke of an osprey nest that burst into flames on NE East Devils Lake Road.

The 2021 Long Session of the Legislature was the most expensive in Oregon history, approaching $30 Billion in basic spending. And that was all done behind a closed door of the Capital.

Politics being played with your money