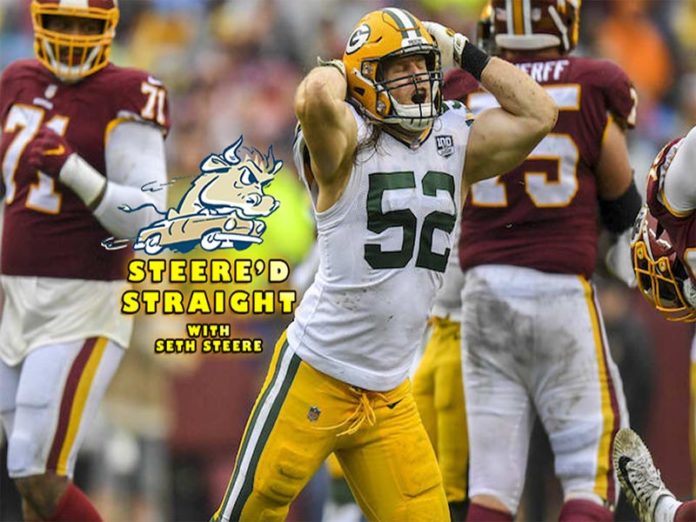 NFL not about to sack new roughing-the-passer rule

Over the past decade or so, the NFL has made strides to make the game safer. It started with not allowing hits on a defenseless receiver to eliminate concussions and injuries. It has moved to protecting the quarterback, and it has resulted in a lot of disgruntled players and fans.

After Green Bay’s Aaron Rodgers went down last year, and the NFL saw how it affected not only the Packers, but the ratings, the NFL decided to protect the quarterback. The decision led to the new roughing the passer rule: “A rushing defender is prohibited from committing such intimidating and punishing acts as “stuffing” a passer into the ground or unnecessarily wrestling or driving him down after the passer has thrown the ball…“

To put the rule in layman’s terms, you are not allowed to land on the quarterback with all of your weight. You are supposed to make an effort to roll to the side.

The rule was put in place to protect the quarterback, but I join others in seeing the obvious — it’s to make money and keep ratings up. This year alone, offenses around the league have been nearly unstoppable. On Thursday night, the Rams and Vikings faced off, two of the top defenses in the NFC, and neither could get the offense off the field. The ratings were the best of any Thursday night game to date.

This rule has led to 33 roughing-the-passer calls, more than double the amount of last year through weeks, when there were 16 at this stage. Not only has it led to more penalties, but it has caused extreme controversy, with current and former players speaking out.

Can it be fixed?

We have watched Green Bay’s Clay Matthews fall victim to the penalty two weeks in a row, one costing the Packers the game. Afterwards, he expressed his frustration, as did Rodgers, and even the quarterback Mathews sacked, Alex Smith. Players argue that the rule makes it impossible to sack the quarterback and takes the physicality out of the game.

The only problem with that argument is we’ve seen players successfully sack quarterbacks without landing on them. True, they are going to have to adjust, and it makes things difficult and unfair, but it’s the way the game is going.

Defensive ends Khalil Mack of the Bears and Von Miller of the Broncos have been able to stay extremely successful despite the new rule. If you watched the Rams-Vikings, you would have seen Aaron Donald get two sacks where he wrapped up Kirk Cousins and just tossed him to the ground. The elite players are finding ways around the rule; we will soon see ,others follow.

Early in the season we are seeing refs over-calling the rule a tad, showing players, and viewers, what the call is going to look like. In the future we are going to see both players and refs adjust to the rule and the flag isn’t going to be thrown four times in one half like we saw last week in the Steelers-Bucs.

We all need to chill because the rule isn’t going anywhere. They are going to keep trying to make the game safer. As long as ratings keep rising and offenses keep scoring, you will continue to see the NFL make changes to benefit both. Let’s just hope they don’t take it too far.