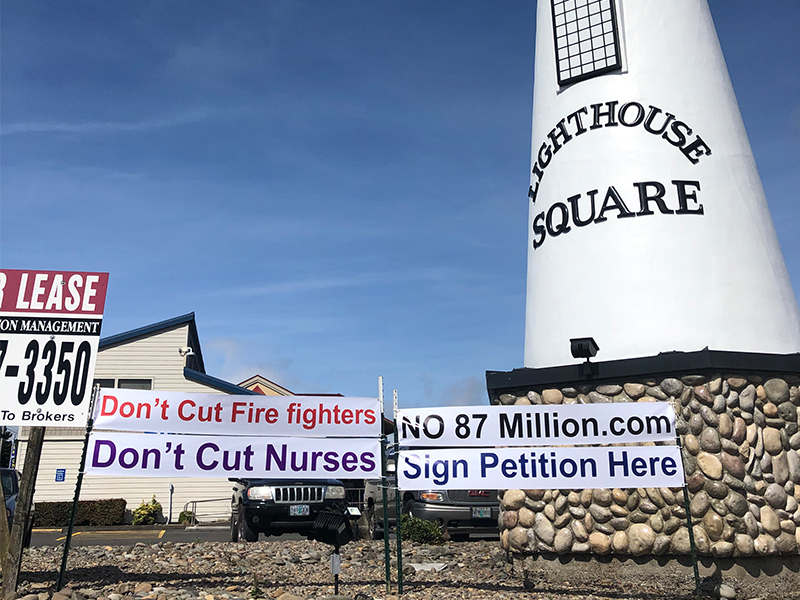 1. Hurts our Lincoln City Firefighters/EMS Responders
North Lincoln Fire District Chief Dahlman: “We may have to ask voters to increase their property taxes to make up for the $4.8 million budget shortfall this ordinance creates.”
2. Hurts our Lincoln City Doctors and Nurses
The North Lincoln Health District loses a projected $3.8 million from their budget causing possible cuts to doctors, nurses and front line support staff.
3. Raises our Property Taxes
Property taxes will be forced to rise, to make up for these budget shortfalls, borne by our first responders.
4. Raises our Rents Too!
Rents will be forced to go up when property owners pass these property tax increases on to occupants.

1. Visit https://BeALincolnCityHero.com to download, print and mail your petition form.

2. Call/text 503.383.1669 or email [email protected] to request a volunteer meet with you for you to sign the petition form, using social distancing.

3. Visit any local business listed on https://BeALincolnCityHero.com to sign their petition form.

To volunteer to collect signatures, or if you have any questions, please call/text
503.383.1669 or email [email protected] Thank you for your support!

The group must have the required 693 signatures from registered Lincoln City voters by Sept. 9.

The City of Lincoln City passed the Urban Renewal Plan Aug. 10, and it is designed to revitalize the 500 acre area with numerous improvements. The area includes Roads End and a 360+ acre parcel of land formerly known as the Villages at Cascade Head, which has been renamed The Villages at Sitka Woods.

Homepage recently received a letter to the editor from Lincoln City resident Jerry Warner in opposition to the tax increment financing plan. Warner is known by more than a few as a “watchdog of the City of Lincoln City.”

Common Sense Lincoln City’s goal is to get the $87 million Urban Renewal plan on the election ballot to have voters decide if it should become law.