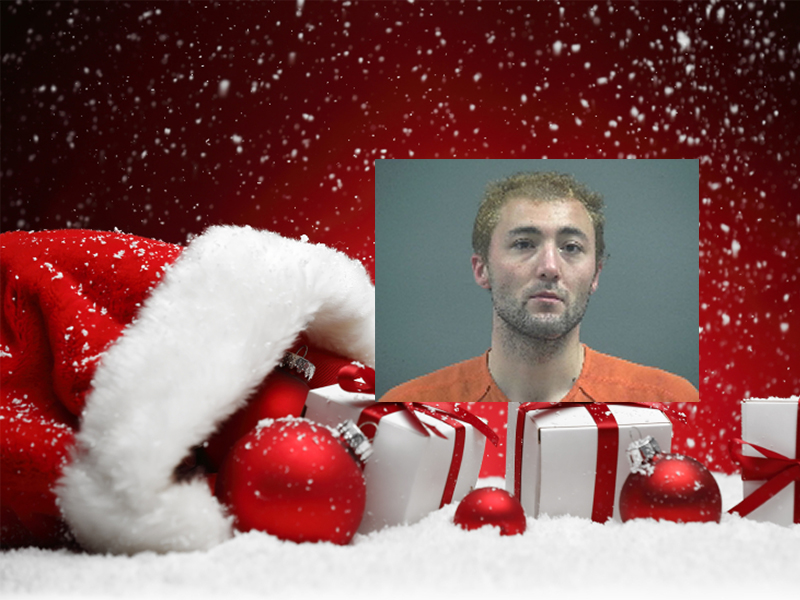 Newport Police responded Thursday afternoon to a man dressed as Santa Claus walking on Highway 101 with a handgun.

Jeffrey Owen Stamps, 25, of Newport, resisted officers attempts to pat him down for weapons after multiple calls to dispatch alerted police to him having a weapon. Police say Stamps tried to draw a handgun from his waistband and they shot him with a TASER gun but said it had limited effect.

Stamps fought with police and then ran across Highway 101, dropping the gun in the middle of the highway as he fled. The handgun was later found to be an all-black CO2 powered BB gun.

Stamps surrendered and was taken into custody and lodged at the Lincoln County Jail for assaulting a public safety officer, menacing, resisting arrest, interfering with police and disorderly conduct. Stamps’ bail was set at $105,000.

One officer was treated and released from Samaritan Pacific Communities Hospital for injuries sustained during the altercation.

Two girls who were listed as missing and endangered are safe after Lincoln City Police took their father into custody after a brief chase Monday, Sept. 13.