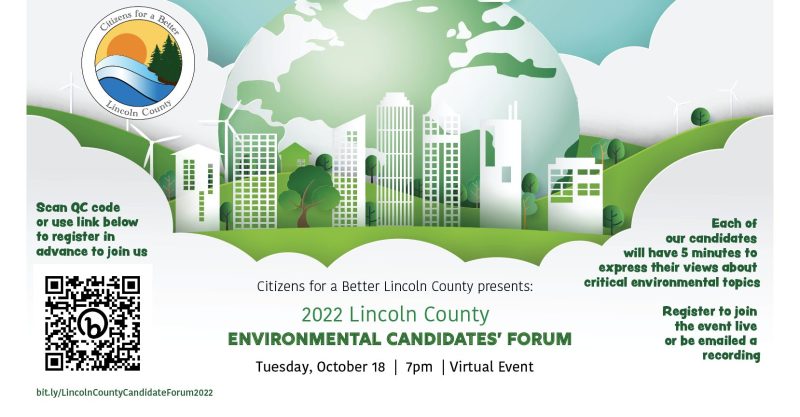 Citizens for a Better Lincoln County is sponsoring the Lincoln County Environmental Candidates’ Forum at 7 p.m., Tuesday, October 18 on the Zoom platform.   Each of the 14 confirmed local

The public is encouraged to provide written questions in the chat box which can either be addressed by the candidate during their presentation.  Following the individual presentations, there will be a 1/2 hour open question session for all of the candidates.

Citizens for a Better Lincoln County, a non-profit organization,  and other individuals have organized environmental candidate forums for the past four election cycles.

Please register for the event at:  bit.ly/LincolnCountyCandidateForum2022