OSAA to cover prep sports with launch of OSAAtoday 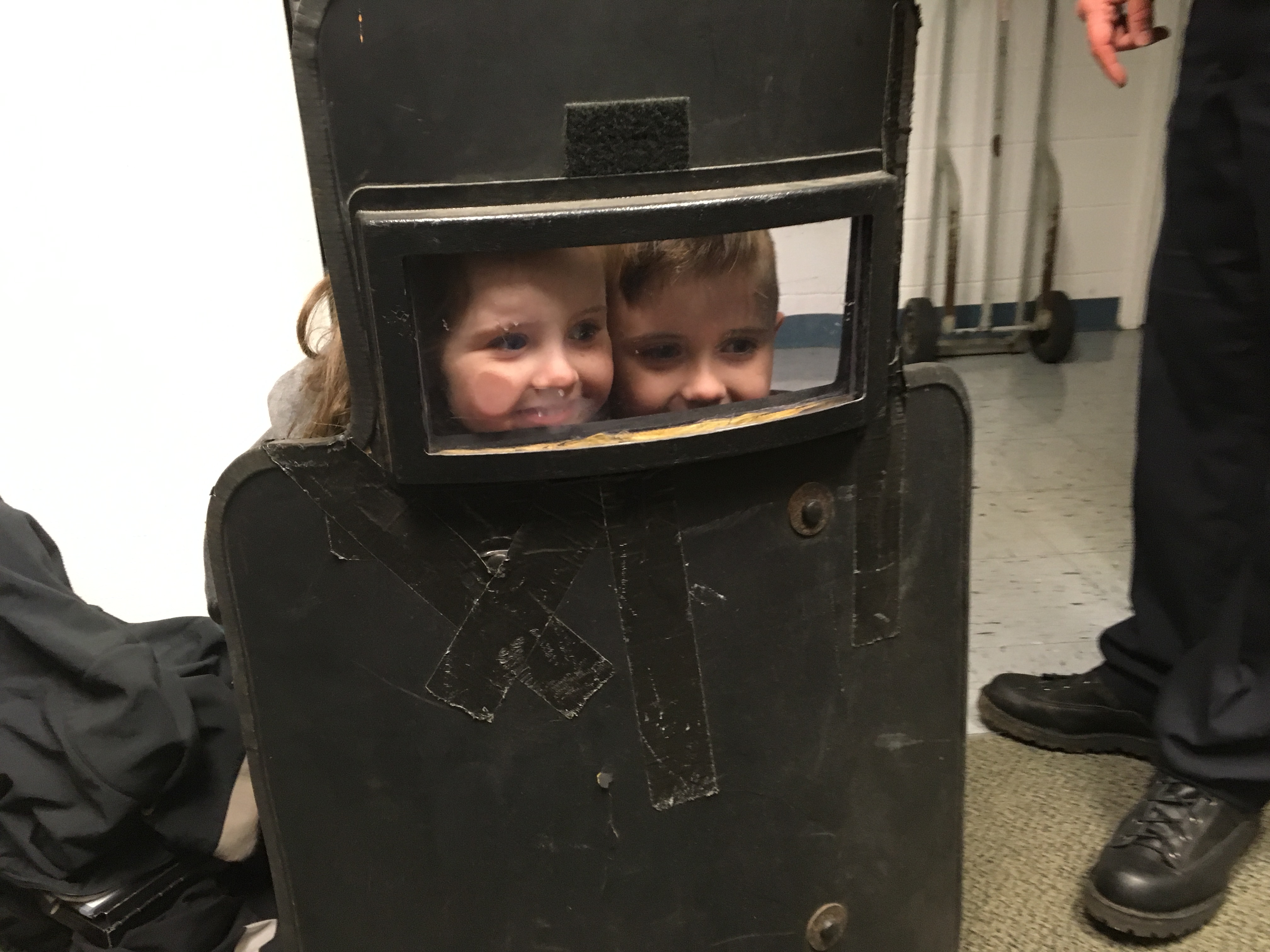 Children say the darndest things sometimes, and when they said “where do the police live?” a chuckle escaped me. “The police station,” I replied. After a moment of silence, I heard from the backseat: “can we see where the police live?” 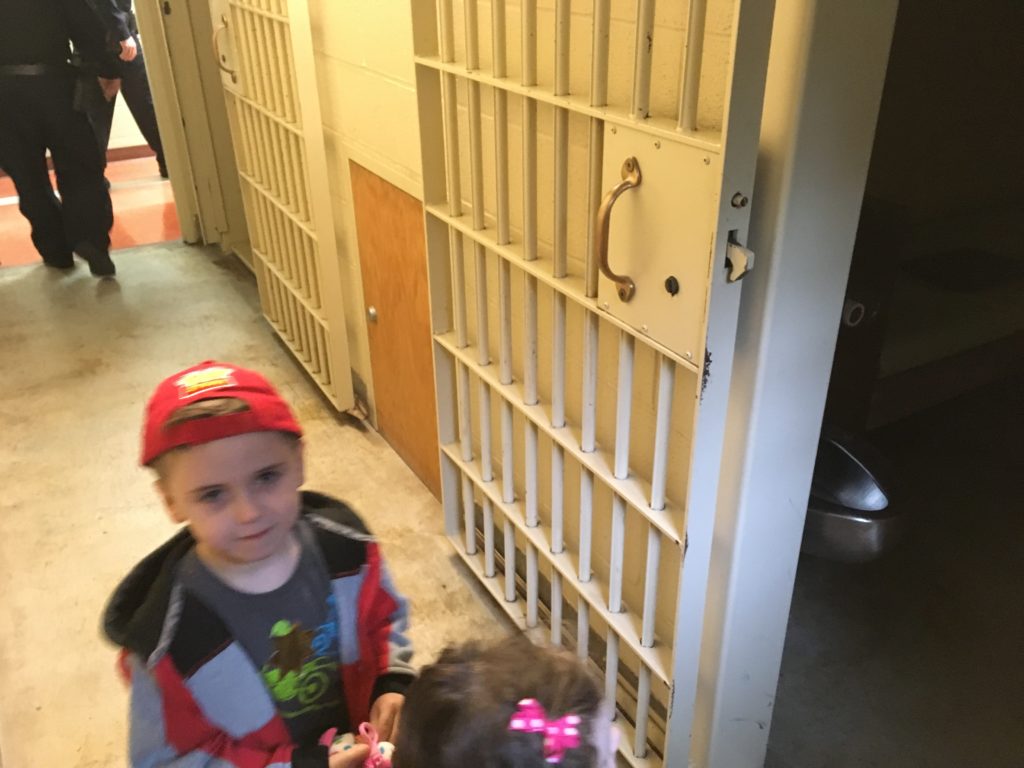 We visited our local police station and were welcomed by Officers Greg Hirch and Cody Snidow, who gave us a private tour. My kids, Alaina and Skyler, ages three and four, were in heaven. They toured the jail cells and really enjoyed seeing the breathalyzer machine. I think they understand not to drink and drive now.

Next stop was the evidence room where they made a friend with Molly, who wouldn’t let them in, not even with their Junior Police Officer sticker badges. The officers said that they didn’t get to go in there either, so the kids didn’t take it personally. Molly explained how the evidence process works and told the kids about her own little girl.

The kids received official Lincoln City Police wristbands from a pair of detectives, who seemed to enjoy the distraction as they smiled and watched the kids exploring their office.

The kids got to see the garage where police cars pull in and offload bad guys. Officer Hirch said they “close the door so they can’t get away.” The kids liked Officer Hirch very much because he explained everything the entire time. 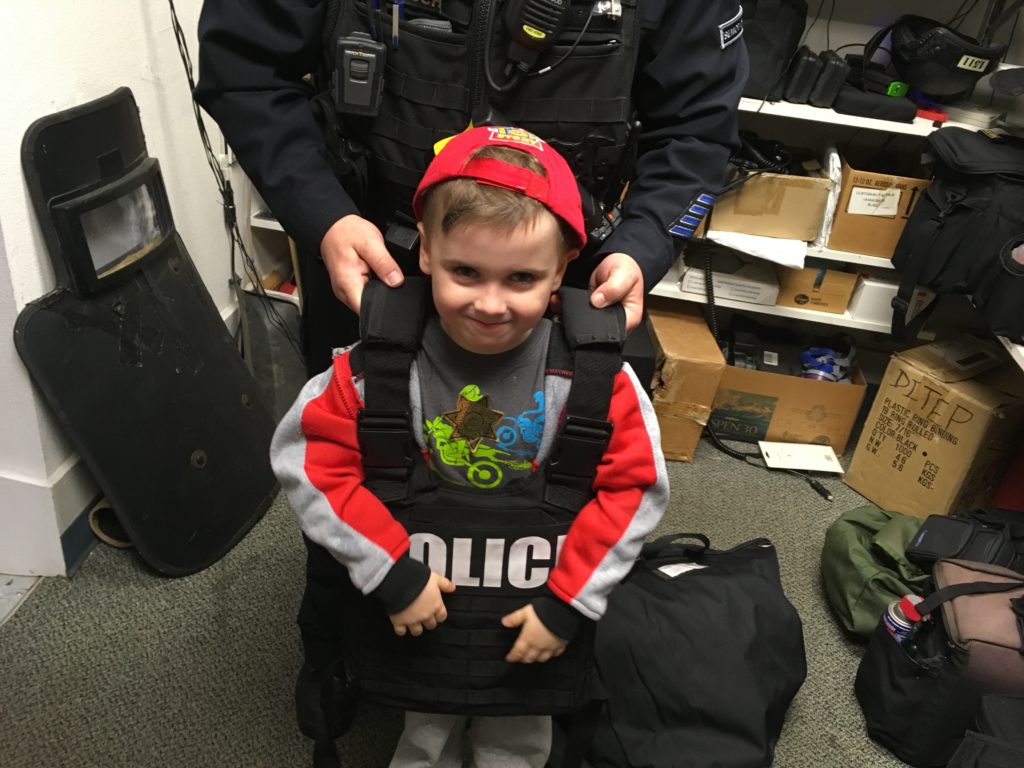 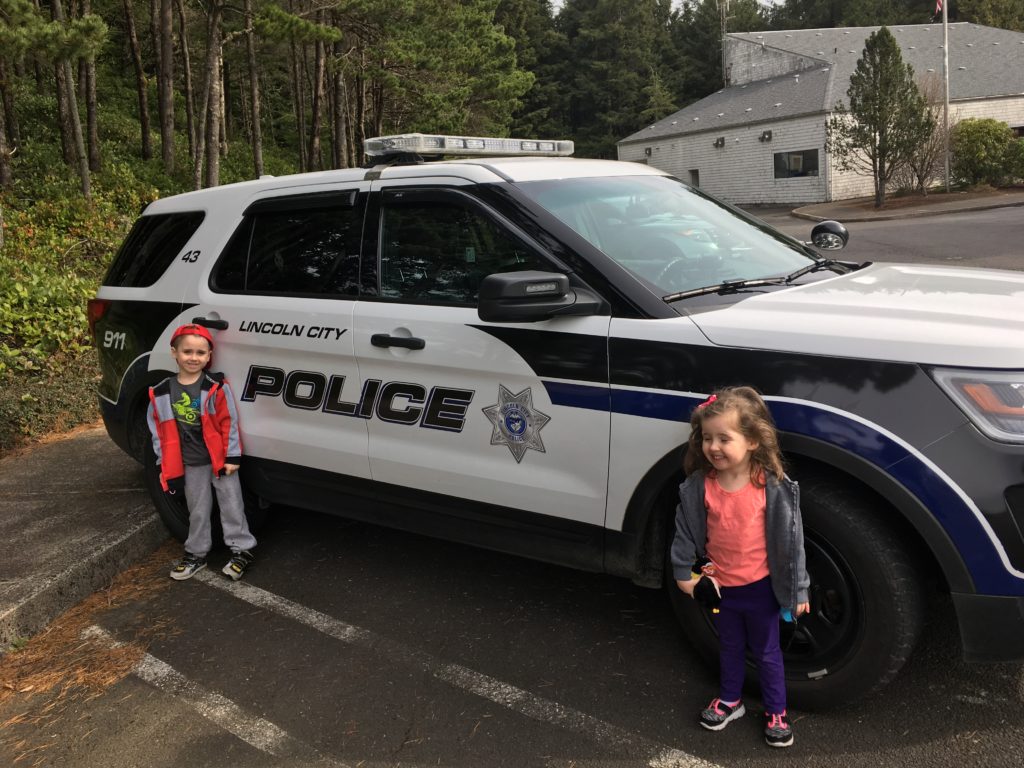 Officer Snidow told us he had a young boy the same age as mine, and had a smile on his face as the kids inspected a police car outside. He seemed to be genuinely enjoying this impromptu visit. Cody Snidow is brand new to the force having been sworn in just two days ago. Our conversation was interrupted by lights and siren, to which the kids froze with shocked looks, turning into big smiles as they ran around the car pretending to be mini-police officers.

It was an amazing unplanned visit that was both educational and fun. Most kids pine for the zoo. My kids yearn to visit a police station. They certainly found the trip an arresting one!

The budget for the new Lincoln City Police Department headquarters was recently approved by the city council, and is still in the planning phase. Construction should start in the fall.

Outgoing Police Chief Keith Kilian is retiring on April 5th. A retirement celebration will be held at 4 p.m. on April 5th in the Lincoln City Council Chambers at City Hall.