Hatton gets Lady Tigers back in the swing of things 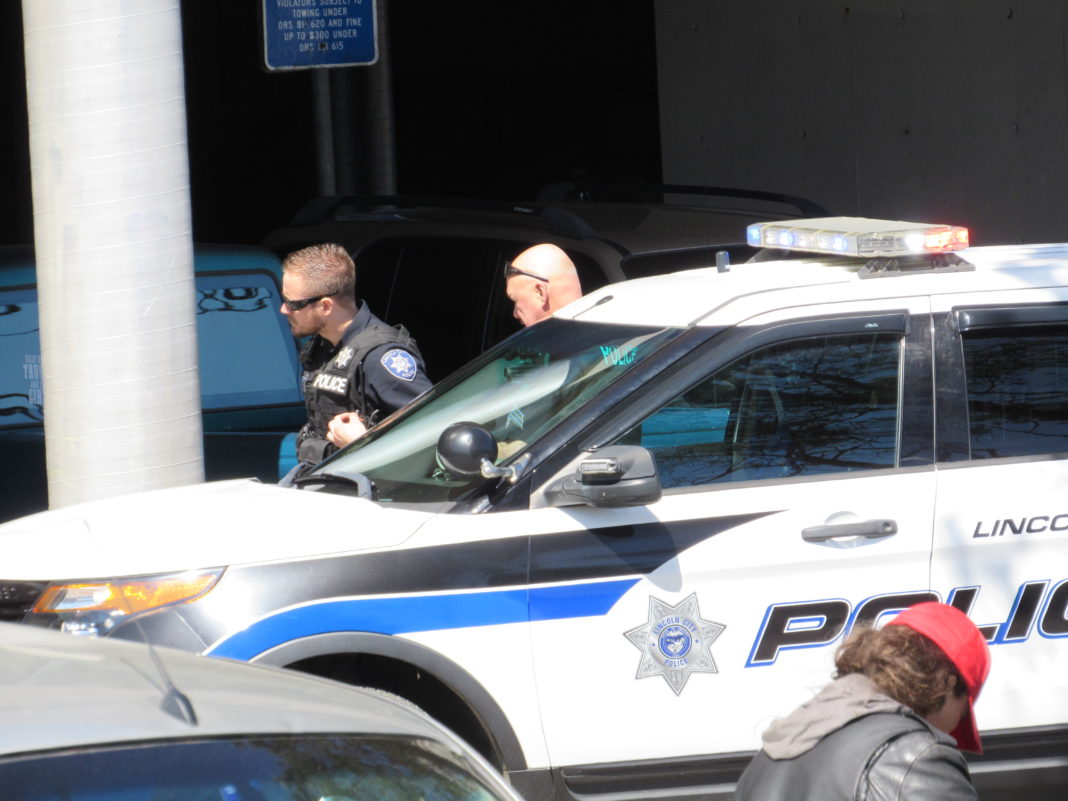 Criminal Mischief – 10:10 a.m. – Purfumania – Damage reported to handle of back door of business.

Extra Patrol Request – 7:10 p.m. – Diva Spa and Salon – Reported attempted entry last Friday. Today a subject rode through the back area and they are requesting an extra patrol.

Follow Up – 2:09 p.m. – 218 SE Keel – Billyray Branum (4/29/98) arrested for warrant out of Marion County. Transported to Lincoln County Jail on new charges of theft, burglary and possession of meth.

Theft – 7:59 a.m. – 2335 NE 22nd St. – Victim stated she was attacked by a female transient who ran off with her black LG smartphone. Searched area for woman. Report taken.

Warrant Arrest – 6:12 p.m. – Cruise Inn – Stephanie S. Buell (1/7/86) turned herself in on outstanding felony warrant out of Lincoln County for failure to appear on eluding charge. Buell cited and released to appear in court.

Assisting Outside Agency – 11:11 p.m. – SNLH – Hospital requested evidence to be picked up and secured.

Suspicious Activity – 12:44 p.m. – A juvenile reports his father slapped him.

Extra Patrol – 1:38 p.m. – 1215 SW Coast Ave. – Caller reports someone went through his trash and recycling last night. The cans are 30 feet off the road. Neighbor caught a gray vehicle on surveillance. Requesting an extra patrol for increased activity in area.