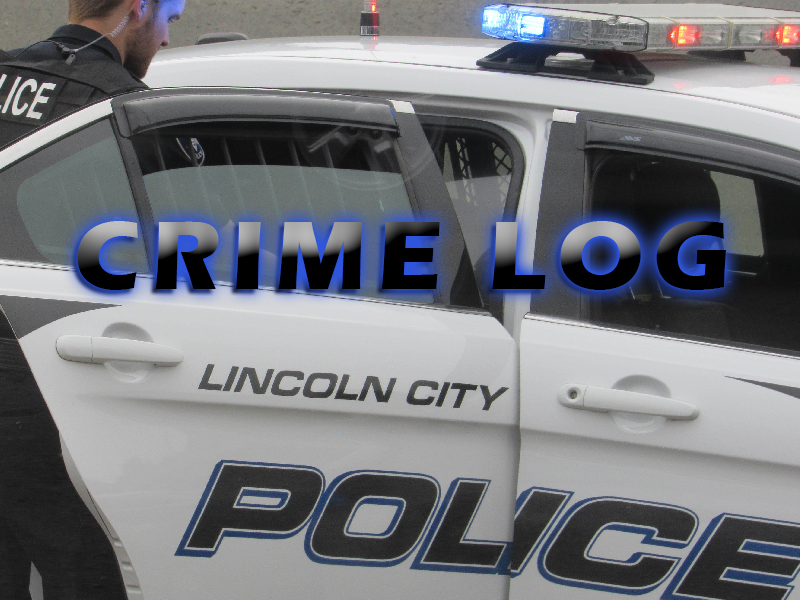 Brand new to the site, the Lincoln City Police Daily Desk Log is a public record of police calls. Homepage will run the log every Friday.

All suspects are innocent until proven guilty in a court of law.

Trespass – 9:40 a.m. – Kenny’s IGA South, 4845 SW Highway 101. A caller reported an intoxicated male later identified as Robert E. Peddycoart (7/4/1967), was causing a disturbance in the store. Peddycoart had previously trespassed. Peddycoart had misdemeanor failure to appear (FTA) warrants from Corvallis and was arrested and transported to the Lincoln County Jail.

Shoplift – 12:25 p.m. – Barefoot at the Beach, 1744 NE Highway 101. Caller reported a male shoplifted some rocks and left the store with his female companion.

Hit and run – 4:50 p.m. – NE Devils Lake Blvd. Caller reported being sideswiped while in the northbound center turn lane by a 1980’s Chevrolet pickup with silver bumpers. Damage was done to driver side of vehicle.

DUII – 1:28 a.m. – Chinook Winds Casino, 1777 NW 44th Street. Cassandra Elizabeth Skelley (08/02/1982) was arrested for DUII after casino security reported a female driver that was intoxicated. Officers made contact and tests were performed.  Skelley was taken into custody and transported to the Lincoln City Police Department. Vehicle was parked by casino valet. Skelley was cited and released for DUII.

Hit and run – 2:20 a.m. – Chinook Winds Casino, 1777 NW 44th Street. Hit and run in front of location.  Suspect’s vehicle, a black 2014 Hundai sedan, was located in Rite-Aid parking lot with driver gone on foot. KOA campground contacted dispatch and Taylor L. Keyontae was taken into custody off highway 101 for failure to perform the duties of a driver, reckless driving, reckless endangering and a felony warrant out of California. Transported to Lincoln County Jail.

Animal – 8:22 a.m. – Posh Wash, 660 SE Highway 101. Caller reported deer was struck by a van and was injured. Doe appeared to be suffering and was dispatched by officer.

Assault – 1:04 a.m. – Maxwells, 1631 NW Highway 101. Caller reported a male grabbing a female by the hair and taking her to the ground. Male located and taken into custody for domestic harassment and transported to Lincoln County Jail.

Follow up – 12:22 a.m. – 373 SE Inlet Avenue. Casino surveillence was able to identify subjects that took wallet and contents were obtained and returned to victim at Motel 6.

Theft – 3:55 p.m. – 3109 NE 26th Street. Caller reported one of his license plates had been stolen within the past couple of days. Remaining plate seized.

Extra patrol – Kirtsis Park – Caller reports that while at the skate park, male in his 40s, tall, reddish blond facial hair with a cast on his leg and a yellow lab mix tried to get mother and daughter into the car. She states he has tried to get others to go for a ride in his vehicle. Vehicle is a red Mitsubishi Spyder convertible.