The documents claim that Appicello and Chief of Police Keith Killian visited DOJ headquarters in Salem at least twice, and met with DOJ investigators, including then Special Agent David Kirby. Another DOJ investigator, James Williams, is also mentioned as being involved initially.

On October 26, 2016, the DOJ’s Director of Civil Rights, Erious Johnson filed suit against Kirby and Williams, among others. In his suit, Johnson alleges that Kirby and Williams violated state and federal law by engaging in “political profiling” of Johnson. Johnson also alleges their criminal investigation of him was illegal as it lacked the requisite “reasonable suspicion.”

On the same day, an Oregonian article on Johnson’s lawsuit stated:

The Oregon State Employee Directory no longer lists either Kirby or Williams as being state employees.

This is a developing story, and will be updated as new information is made available by the DOJ, and other agencies. 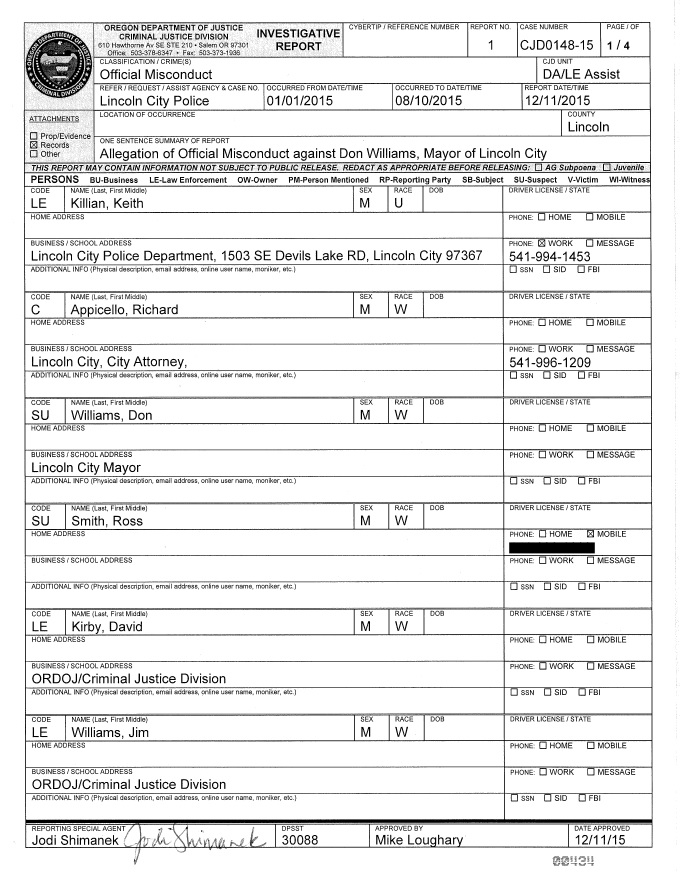