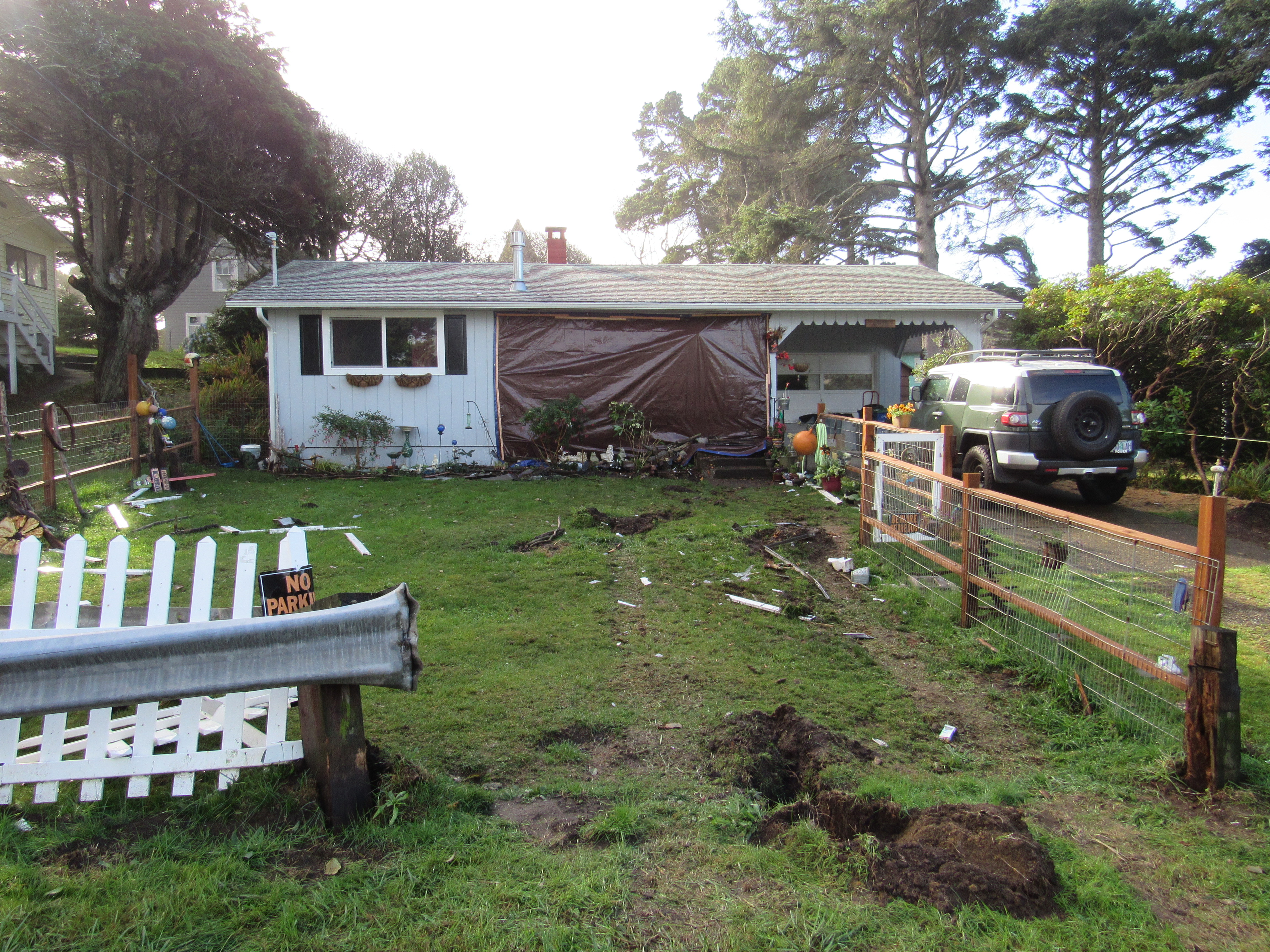 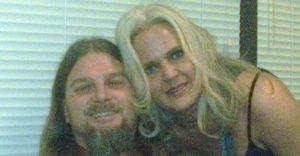 Becky and Steve Jaussen never expected to be calling 9-1-1 so soon after celebrating their one-year anniversary in their dream house in Lincoln City early Sunday morning. 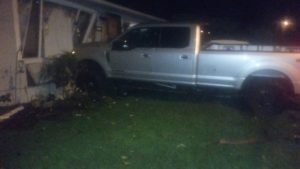 According to police, Pablo Cantu Felix, 49, of Vancouver Wash., drove through the intersection at NW Jetty and NW 21st Street at a high rate of speed and crashed though a guard rail and fence and into the Jaussen’s living room.

“If he had hit the other side of the house, he would have hit the gas lines and it could have been way worse,” Becky said.

Officers arrested Felix on DUII, reckless driving and criminal mischief charges. Felix was transported to a Newport hospital for evaluation, then to the Lincoln County Jail. Police said his blood alcohol level was more than twice the legal limit.

“I was sitting on the couch 10 minutes before the accident,” Becky said of the 2 a.m. crash. “My husband came to get me for bed, and that’s when I heard the truck crashing though the barrier and then into our home. There was a gust of wind and glass was flying everywhere.”

Neither the Jaussens or driver were injured in the accident, but one of the family’s dogs cut a paw on the glass.

“Sage and Chip are OK,” Becky said. “We are so lucky. There were pieces of plants in the house, along with parts of the truck, a birdhouse from outside and Felix’s thermos was on the floor. I don’t feel safe in my home now — not until I get some big boulders in the yard.”

The couple has been married for 25 years and moved to the area from Northern Nevada last year. Steve Jaussen worked as a union carpenter when he suffered a 20-foot fall that led to disability and the couple’s retirement on the Oregon Coast.

With neighborly support and numerous well-wishers, Becky said she was retaining an upbeat outlook over the reconstruction of her home but added she has one regret.

“I want to apologize to Mr. Felix for not asking him if he was alright.” she said. “That has been eating at me since this all happened.”