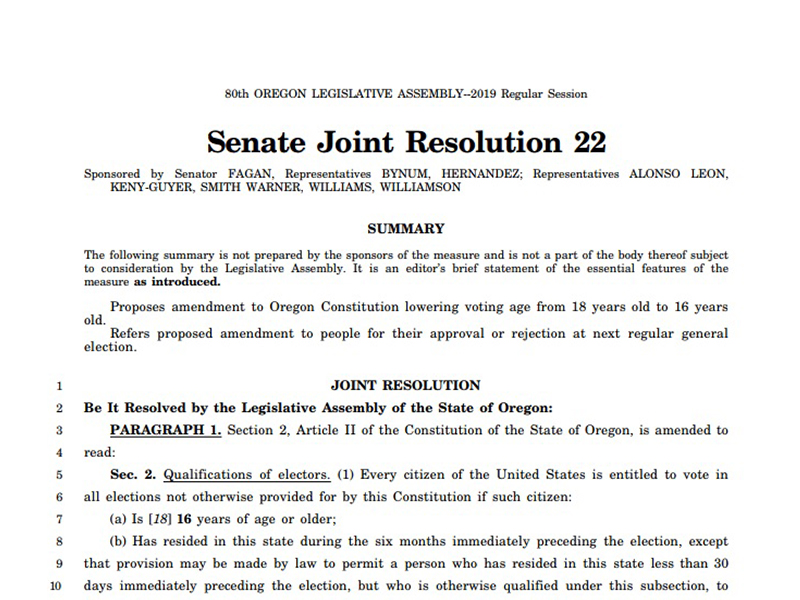 Oregon could become be the first state in the nation to lower its voting age to 16 under a bill introduced today at the Legislative Assembly in Salem.

Senate Joint Resolution 22 (SJR0022) proposes an amendment to the Oregon Constitution lowering the voting age from 18 to 16 years old.

Oregon voters will decide whether or not to lower the voting age during the next general election in 2020.

Other states have tried to lower the voting age from 18 to 16, but none have passed.

According the National Conference of State Legislatures: