Since 1933, ham radio operators across North America have established temporary ham radio stations in public locations during Amateur Radio Field Day to showcase the science and skill of amateur radio. 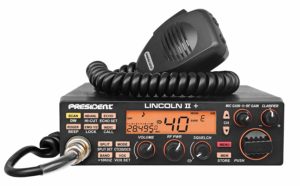 Members of the Lincoln County Amateur Radio Club will participate in the national Field Day’s 24-hour exercise beginning at 11 a.m. Saturday, June 22, at the Port of Toledo Waterfront Park next to the Toledo Post Office.

For more than 100 years, amateur radio — sometimes called ham radio — has allowed people from all walks of life to experiment with electronics and communications techniques, as well as provide a free public service to their communities during a disaster, all without needing a cell phone or the Internet. Field Day demonstrates ham radio’s ability to work reliably under any conditions from almost any location and create an independent communications network.

Field Day is a showcase to show the public how amateur radio works reliably under any conditions from almost any location to create an independent communications network.

“Ham radio functions completely independent of the Internet or cell phone infrastructure, can interface with tablets or smartphones, and can be set up almost anywhere in minutes,” said David Isgur, N1RSN, communications manager for ARRL, the national association for Amateur Radio®, (www.arrl.org), which represents amateur (or “ham”) radio operators across the country. “That’s the beauty of amateur radio during a communications outage.

“In today’s electronic do-it-yourself (DIY) environment, ham radio remains one of the best ways for people to learn about electronics, physics, meteorology, and numerous other scientific disciplines, and is a huge asset to any community during disasters or emergencies if the standard communication infrastructure goes down.”

Anyone can become a licensed amateur radio operator. There are more than 725,000 licensed hams in the United States, as young as 9 and as old as 100.

Oregon's Project Turnkey was awarded three grants totaling $11.4 million for properties in Corvallis, Eugene and Lincoln City to purchase and transform hotels for temporary lodging of those affected by crisis.