From the Oregon Health Authority: 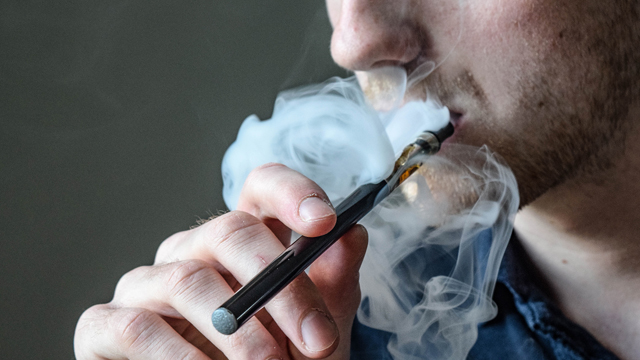 The Oregon Health Authority is issuing a public health warning urging people to immediately stop using all vaping products. Today, the agency confirmed a second vaping-related death in the state.

This is the second death among the five previously reported cases. Oregon’s first fatality was announced on Sept. 3. All five cases are part of a national outbreak of severe lung injury linked to vaping and e-cigarette use.

“People should stop vaping immediately,” said Dean Sidelinger, MD, state health officer. “If you vape, whether it’s cannabis, nicotine or other products, please quit. These are addictive substances, and we encourage people to take advantage of free resources to help them quit.”

He added: “If you haven’t started vaping, don’t start.”

OHA officials say the most recent death was an individual who had been hospitalized with respiratory symptoms after vaping cannabis products. Nationally, there have been more than 800 cases, primarily among youths and young adults, in 46 states and one U.S. territory. A total of 12 additional deaths, including Oregon’s first fatality, have been reported in 10 states.

Those who have fallen ill in Oregon have been hospitalized after experiencing worsening symptoms, including shortness of breath, cough or chest pain. CDC and the FDA have not identified a cause, but all cases have reported e-cigarette use or vaping.

OHA investigators and local public health authorities continue to urge clinicians to be on alert for signs of severe respiratory illness among patients and report any cases.

Before the new illness reports, OHA was already concerned about the health risks of vaping products. A recent report by the agency details the health risks for the products including nicotine addiction, exposure to toxic chemicals known to cause cancer and increases in blood pressure.

Individuals who have recently vaped and are having difficulty breathing should seek medical attention immediately.

If you or someone you know smokes or vapes, we urge you to quit now. Free help is available from the following resources:

Those who want assistance quitting vaping can call 1-800-662-HELP.

State health officials are asking people to take immediate, urgent action to protect children and ensure there are pediatric intensive care beds available in Oregon hospitals to treat any child or youth with a serious illness or injury.
Read more