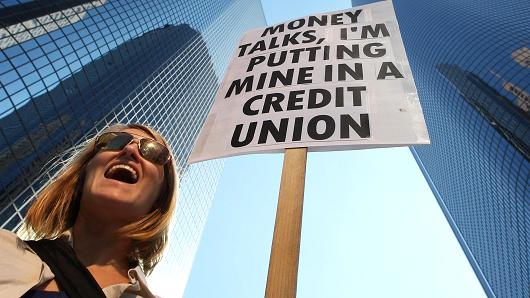 What’s in it for the members? $159 million in direct benefits last year.
The key difference between local credit unions and other financial services providers, is credit unions’ not-for-profit, cooperative structure. Credit unions are owned and driven by the members who use their services. Unlike for-profit financial institutions that must pay stockholders, credit unions exist only to serve their member-owners’ financial needs, and are uniquely positioned to return direct benefits to them. Those benefits include value such as better interest rates, lower fees, and other services that hard-working Oregonians need.
The 2016 Northwest Credit Unions’ Economic Impacts report finds Oregon’s credit unions returned an average benefit of $81 to each member, or $159 million to members collectively. When members spent their benefits in local communities, that generated $161 million of economic impact in the state.

“The return to members is an impressive 50 percent higher than it was two years ago, when ECONorthwest performed a similar analysis,” said Troy Stang, President and CEO of the Northwest Credit Union Association (NWCUA). “Credit unions’ cooperative, not-for-profit structure holds them inherently accountable to the members who own them, which is why credit union membership is such a value for Main Street consumers.”

Loans, Loans, Loans
In addition to the economic impact documented by the 2016 Northwest Credit Unions’ Economic Impacts report, the National Credit Union Administration noted that as of September, 2016, Oregon’s credit unions had more than 950,000 active loans–an investment of $14.2 billion in members and communities.

“Credit union loans represent a significant investment in working-class Oregonians,” said Stang. “Those loans put members in their dream homes, help them buy the cars that get them to work, and help them start small businesses.”

Join a Credit Union and Make 2017 the Year You Take Control of Your Money
Nearly all Oregonians are eligible for credit union membership. Own your money. To find a credit union that’s convenient for you, please visit www.asmarterchoice.org.
Read the 2016 Northwest Credit Unions’ Economic Impacts report here: https://nwcua.org/credit-union-impact/