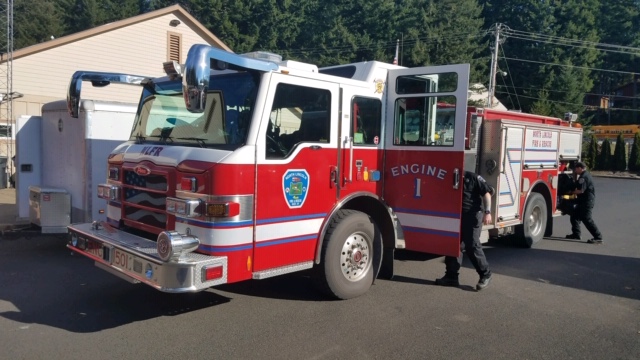 The task force is currently underway to the “Camp Fire” in Northern California that exploded in size Thursday, burning about 20,000 acres and overtaking the town of Paradise, where around 30,000 people were forced to evacuate last minute.

Three, Type 1 engines from Lincoln County, a strike force leader from Newport, two Type 1 engines from Polk County and Depoe Bay firefighters are joining forces and heading to Paradise, California according to North Lincoln Fire and Rescue Fire Chief Doug Kerr. The engines and crews will join up in Tangent, Oregon around 1 p.m. today and convoy to California.

The fire in Paradise burned fast, reports CBS News. The fire burned about 2,000 acres per hour taking down stores, homes and businesses in its path.  Nearly 2,300 firefighters are battling the flames, but as of Friday morning it was still zero percent contained. Massive wildfires are tearing through parts of California, destroying hundreds of buildings and forcing thousands of people from their homes.