David Broderick – Newly promoted Sergeant is on the case 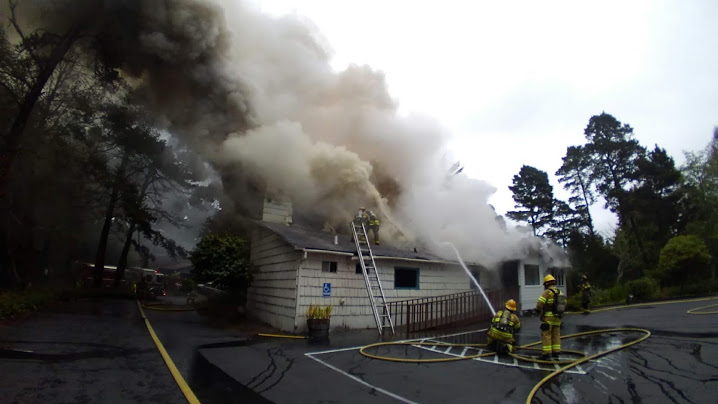 Investigators have determined Gleneden Beach Christian Church was deliberately set on fire Sunday, Sept. 15 as the alleged arsonist turned himself in to authorities.

Deputies, with the assistance of the Toledo Police Department, contacted the suspect in the case, Jordan James Savariego age 29, who is transient. Mr. Savariego was subsequently taken into custody without incident.

Savariego reportedly confessed to setting the fire. He is lodged at the Lincoln County Jail on charges of criminal trespassing, criminal mischief, burglary and arson with bail set at $357, 500.

Depoe Bay Fire, North Lincoln Fire & Rescue and Newport Fire responded to heavy smoke and flames coming from the church Sunday and doused the blaze after a three hour battle.

No injuries were reported as the building was unoccupied.

“The mutual aid training we have done these past months has paid off,” Depoe Bay Fire Chief Bill Johnson said. “Crews were able to operate smoothly and minimize damage to the structure.”

According to sources, the church, 7185 Church Ave., Gleneden Beach, had recently had a new roof installed and the fire took place in an older part of the building, leaving much of the newer part intact.

Representative David Gomberg has announced a special opportunity for wildfire survivors to share their experiences with the House Special Committee on Wildfire Recovery tasked with identifying solutions and support for Oregonians affected by the Labor Day wildfires.