In response to the "Stay Home, Save Lives" Executive Order to reduce the effects of the COVID-19 virus, a coalition of Oregon state agencies are asking Oregonians to voluntarily refrain from conducting outdoor burning.
Read more

An improperly placed cigarette butt caused a fire Thursday, forcing the evacuation of a building at Lincoln Woods Apartments on NW 34th Street with no injuries reported.

The owner of the apartment was not home at the time but rushed home upon hearing about the fire. “I have renters insurance, so that’s good,” she said.

“I kick in the door, and from chest-level to the roof is just smoke — it woofs out the door — I go to the back where the smoke was coming in from the back door.” Hoschouer said. “The fire was along in the wall up into the attic — it was in the far wall where the balconies are.” 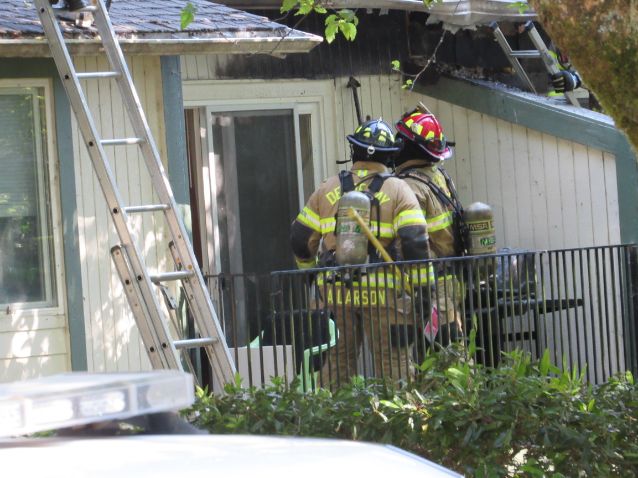 Hoschouer did not want to speculate if the fire was electrical but said it was not a case of somebody leaving the oven on “or anything like that.” 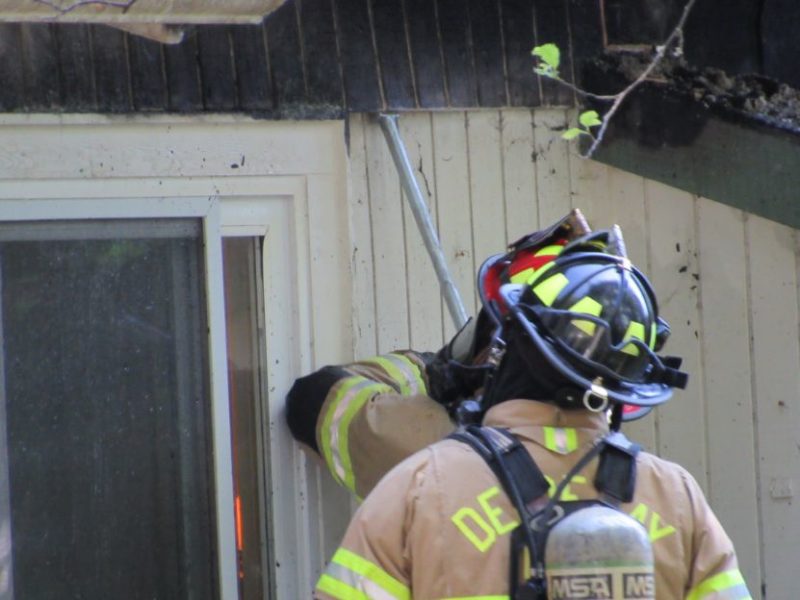 “I thought somebody was barbecuing,” a downstairs neighbor said. “I realized it wasn’t the smell of barbecue. I came outside and heard crackling above us and there was flames coming out. I grabbed the hose and I sprayed — we didn’t have much water pressure but I pretty much put all the flames out.” 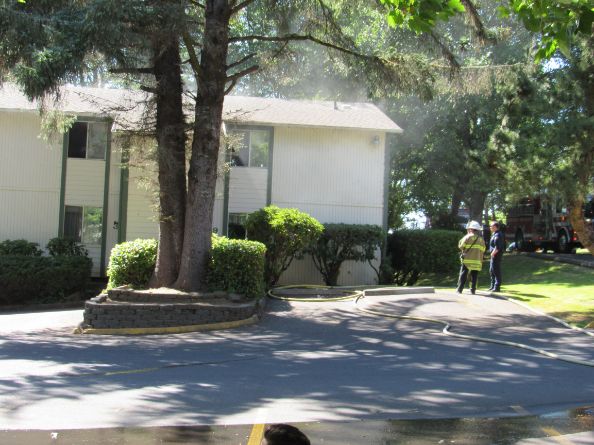 Another neighbor said she saw smoke and flames. “I said ‘oh my god, let’s get the hell out of here.’ So we ran out. I grabbed my phone and that was it.”

The American Red Cross was offering temporary housing to displaced renters until their living situations are resolved.

Justin Wernerhttps://wernerhost.com/
Justin Werner is founder and publisher of Lincoln City Homepage and a journalist reporting news for the fine citizens of Lincoln City, Oregon and beyond. He's on a mission to seek out truth and isn't afraid to be the tip of the spear for freedom of the press. When he's not wearing his reporter hat, you can find him enjoying the Oregon Coast with his wife and three children.
Previous articleStranded juvenile whale to be euthanized after washing ashore near Waldport
Next articleOpenings available for participation in 2019 Citizens Police Academy

‘Master of Disaster’ enters next chapter

A vehicle driven into the Salmon River Jan. 22 -- the subject of a dramatic rescue -- was removed a month later, Feb. 22, by a coordinated effort of multiple first responders.
Read more
Local News

If you've ever wondered what to do during a zombie outbreak or asteroid strike, then Oregon Coast Community College's "Disaster Preparedness for the Pacific Northwest" class is for you.
Read more
Local News