Sgt. Oscar Escalante played “good cop-bad cop” as school resource officer and de facto teacher and counselor to 700 teenagers for 17 years at Taft High 7-12. On Monday, he was recognized at City Hall for those years of devotion and more, having served two decades with the Lincoln City Police Department. 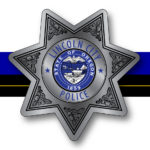 “It’s been a fun ride and I’ve enjoyed myself,” the 64-year-old Escalante said. “I guess that’s the biggest thing, enjoying what you’re doing. You have to find ways to do that, obviously, in this profession.”

Both friend and foe to middle and high school students while patrolling the hallways of Taft as a law enforcement officer beginning in the 2000-01 school year, Escalante has watched kids grow up in those corridors as their “authority figure” — from their introduction to prep school as wide-eyed seventh-graders through their graduation six years later as young adults.

Escalante said it’s gratifying to see children grow and make the proper choices in life more times than not.

“It is that young energy that keeps me on my toes,” he said.

A former firefighter and SWAT team member, first responder and drug recognition expert, Escalante not only tutored kids on how to mature into young men and women in his role as “hall monitor,” he instructed and counseled parents, teachers and staff before mentoring fellow officers on how to be a good cop.

Married with four grown children, Escalante grew up in the San Diego area before moving to Oregon in January 1979 after vacationing on the Central Oregon Coast.

Originally a firefighter, he learned quickly there weren’t a lot of paid fire positions in Newport and took a couple of jobs working in the sawmills in Toledo. With the timber business struggling in the early 80s, he applied at the Sheriff’s Office in Newport and started at the jail before being promoted to patrol officer.

He later left county employment to work with city government as a police officer in Lincoln City. In 2000, he took on an instructional role in the Drug Abuse Resistance Education (DARE) program, where he taught fifth- and sixth-grade kids. He split his time between counseling, writing reports and simply observing.

He was promoted to sergeant in January 2017 after joining the department in May 1999 and becoming school resource officer in 2000. Chief of Police Lt. Jerry Palmer called Ecalante’s promotion “one of the best decisions we’ve made since I’ve been here.”

Escalante said he appreciates the high bar Palmer has set as police chief because motivated and dedicated law enforcement officials tend to attain whatever demands expected of them.

“It’s a great department and will be for years to come with the standard the chief has set,” he said.

Escalante has received numerous awards and accolades, including the Top Shooter Award in his Basic Police Class #154; life saving awards from the North Lincoln Fire & Rescue and LCPD; Law Enforcement Officer of the Year from the Lincoln City Community Days Committee; and Officer of the Year twice from the LCPD.

Considered his most outstanding achievement was receiving the “Senior Trooper Maria Mignano Dedication to Duty Award,” a statewide recognition presented to a sworn law enforcement officer who exemplifies behavior, dedication and professionalism in all aspects of impaired driving detection, apprehension and prosecution.