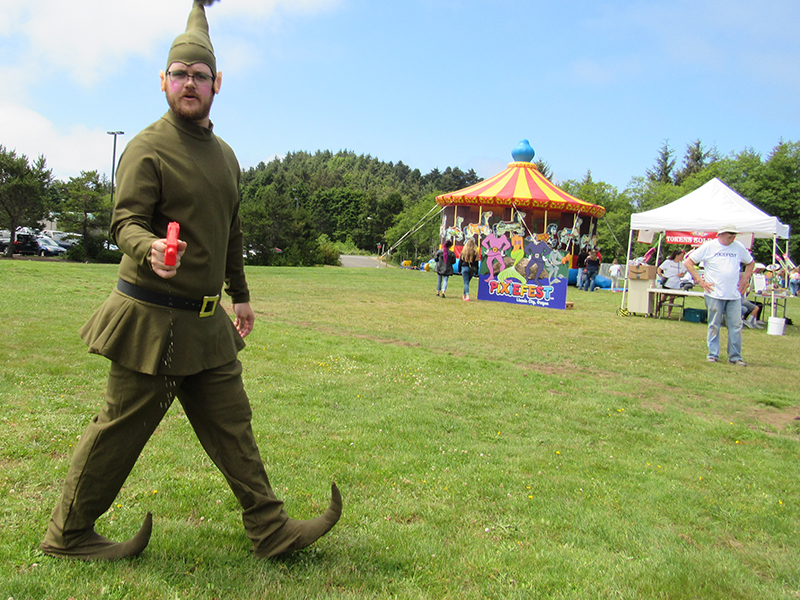 The first day of Pixiefest at a new location, Taft High School’s Mesa, brought a Ferris wheel and horses to the more affordable event under a clear sky with temperatures approaching 70 degrees Saturday.

Boone Marker was Captain Barnacle again this year for Pixiefest and Lincoln City Councilor Mitch Parsons was involved with The Captain Barnacle Variety Show, which had kids taste testing things, such as “Flounder Hearts” and “Pirate’s Toes.” Some kids were grossed out but others were smiling, much to the chagrin of Barnacle. 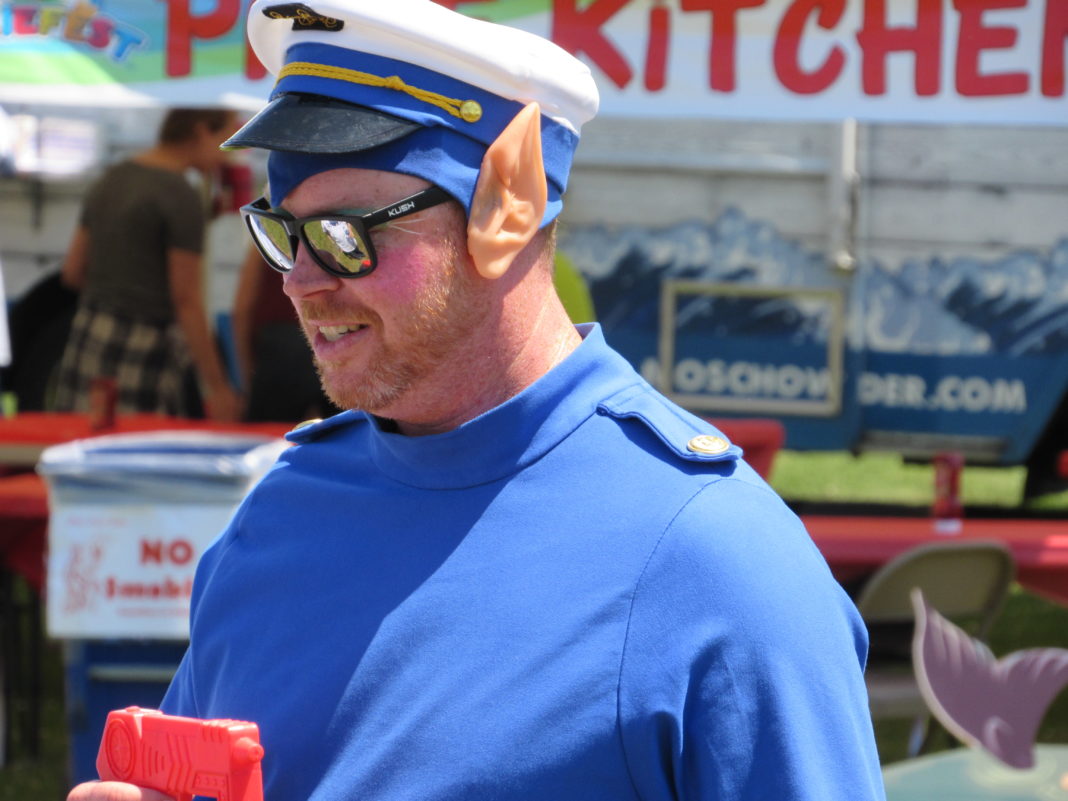 “Some of you are smiling and I just don’t get it,” he said, as they tasted the pickled artichoke (Flounder) hearts.

Games and prizes were had, Louie Foxx from America’s Got Talent put on a comedic magic show that had parents laughing and kids saying “how?” One highlight of Foxx’s show was when he caught a giant playing card in a mousetrap — matching his helper’s card — to the amazement of the crowd.

The Ballistic swings, Ferris wheel and train ride were hot commodities at the festival attracting long lines at times with some riders going back for more. 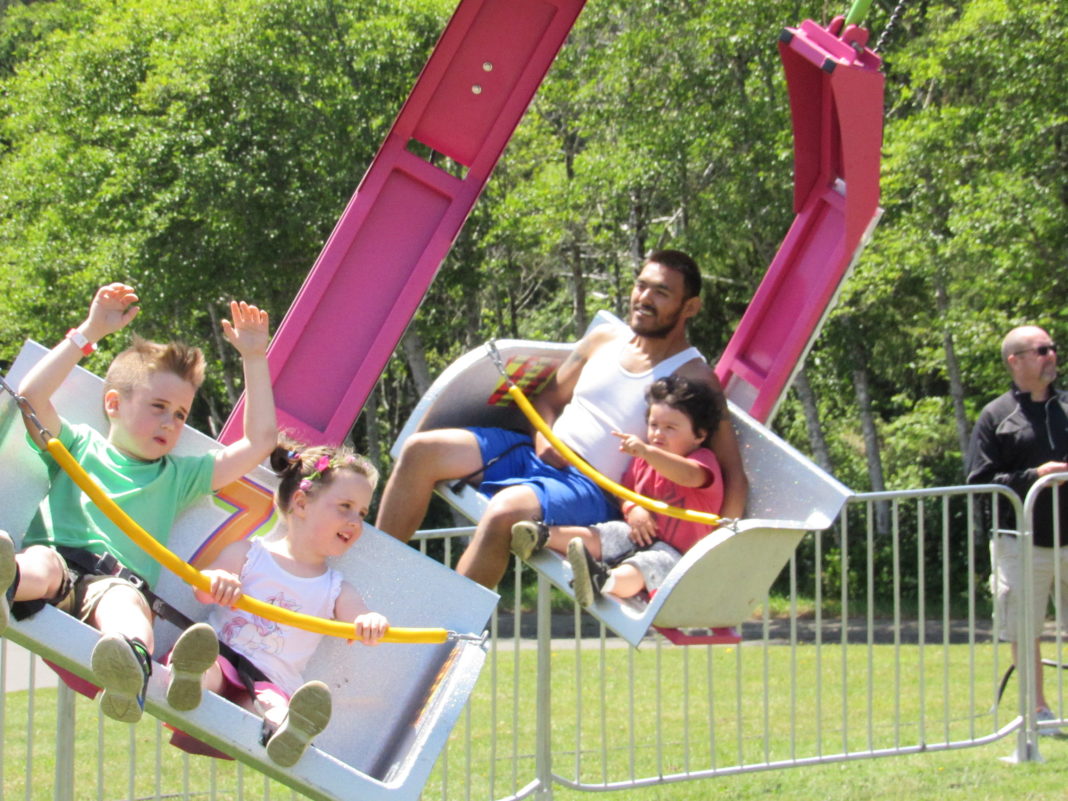 Green Acres Beach and Trail Rides brought horses to the Mesa and the line for them was the biggest at the event with some children getting their wish to ride a pony. 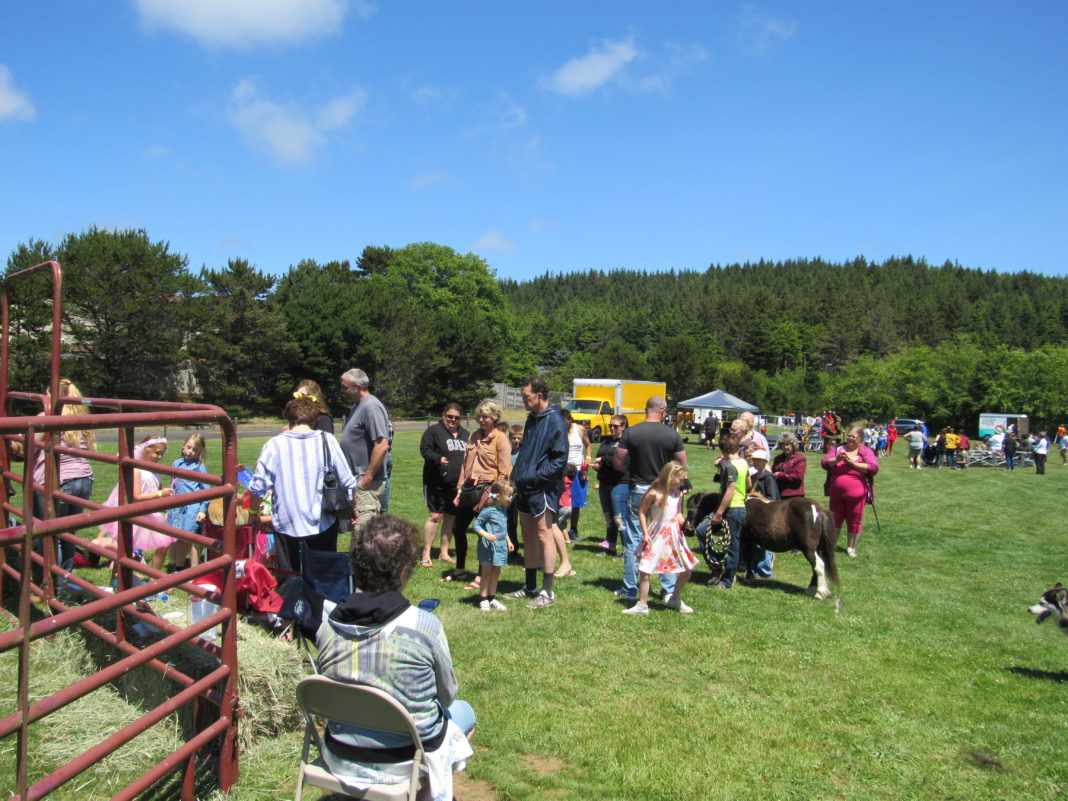 “I want to ride the ponies right now,” one small child said.

A bouncy house entertained the smaller children and corn dogs “as big as your arm” were for sale in the food court. Face painting was also in high demand, and many children were sporting the handiwork of the artist throughout the day. 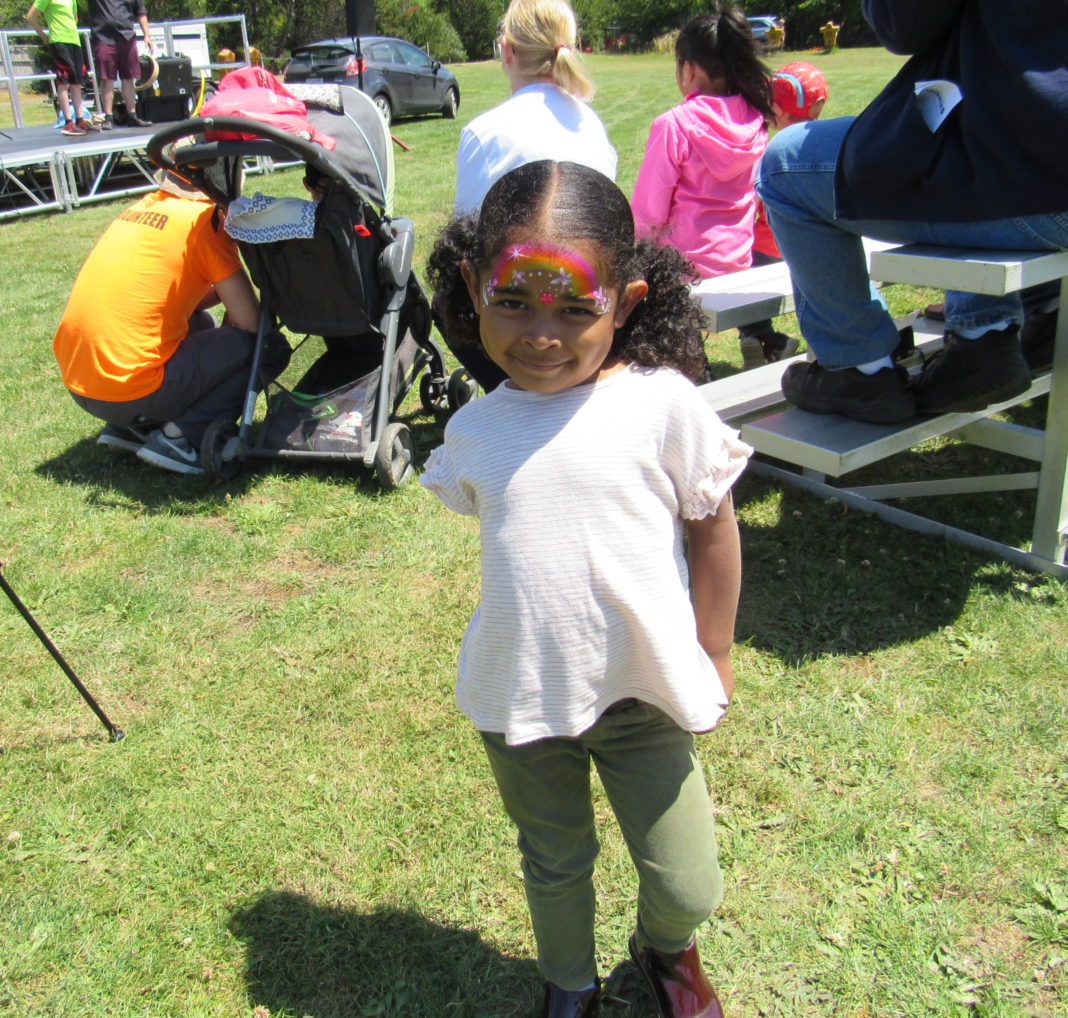 A tent dedicated to the old Pixie Kitchen and Pixieland allowed event-goers to take a trip to the past by viewing memories from the era.

“Riding the rides was the whole reason for going,” he said. Pixiefest staff gave a menu and cookbook commemorating the historic Pixie Kitchen to Grizz after hearing his story. 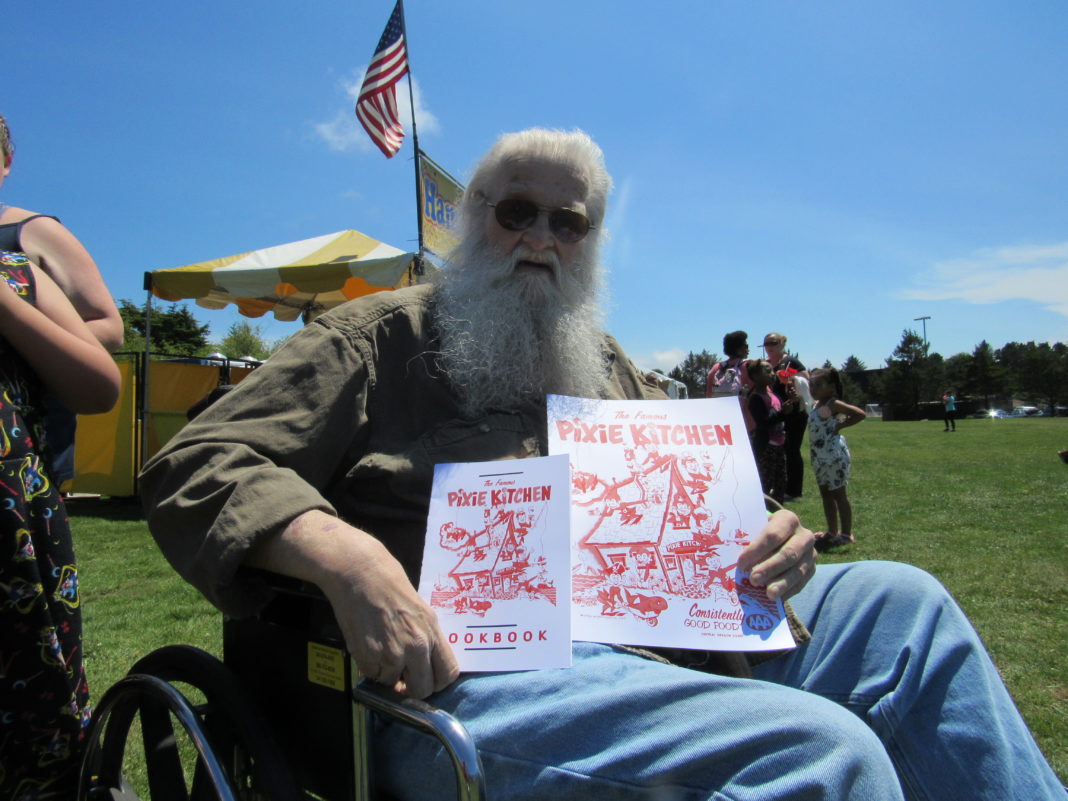 The train ride took passengers on a trip through the back of Taft High School’s parking lot, and the conductor swerved back and forth to the amusement of children and parents alike. 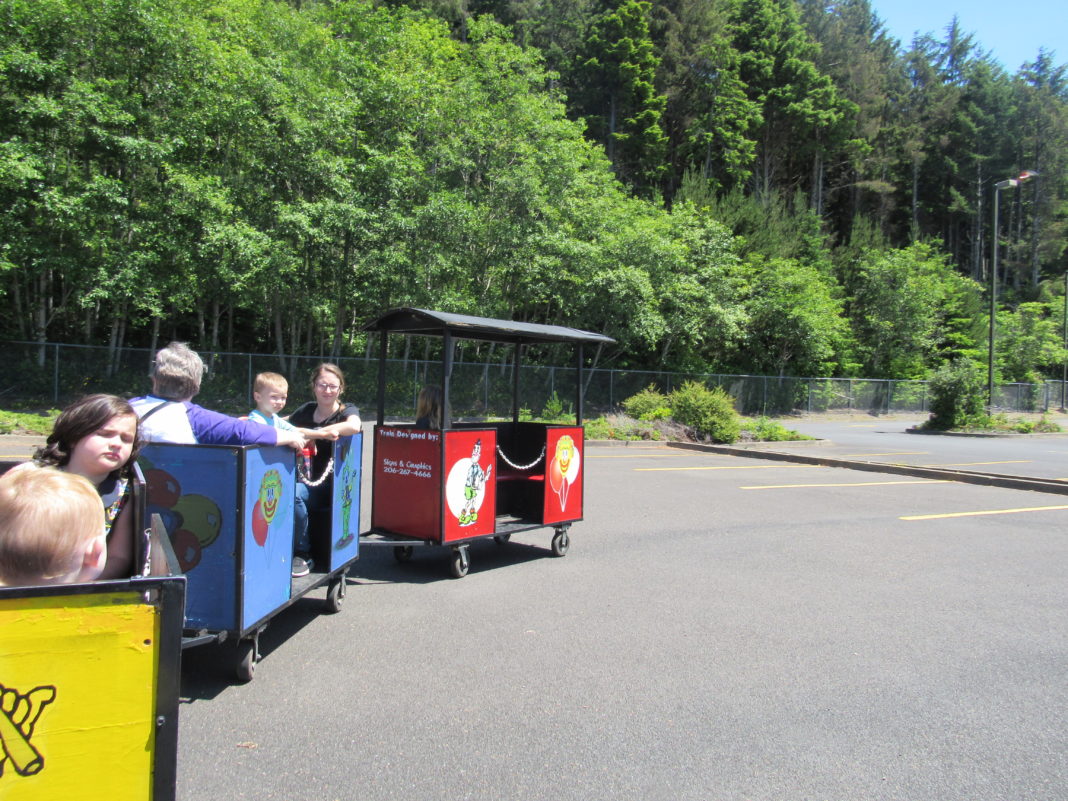 The turnout for this years Pixiefest is a marked improvement over last years attendance that failed to meet expectations. With the new location and lower prices it appears more people are coming to the event.

Pixiefest continues Sunday at noon and will feature Presto the Magician and more Captain Barnacle Variety Show. Tickets are $10 for adults and $6 for kids six and up.

Traditional Halloween trick-or-treating is up in the air due to COVID-19 this year, but Kiwanis of Lincoln City, Lincoln City Outlets and Explore Lincoln City are making drive-thru-candy-grabbing a thing.