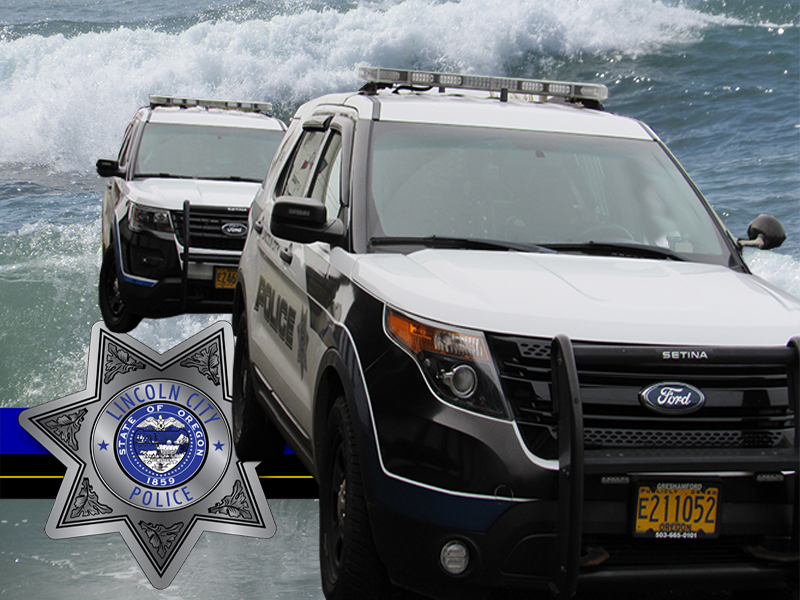 Assisting Outside Agency – 3:18 p.m. – Chinook Winds Casino parking lot – Vehicle camping  was told to leave by security. Sovanna Tuon (9/11/73) taken into custody on statewide warrant for parole violation and transported to Lincoln County Jail. Jacqueline A. Beal (8/21/65) cited and released for misdemeanor warrant out of Lincoln County for failure to appear on contempt charge.

Extra Patrol – 2417 SW Coast Ave. – Caller reported house is under construction. A blue Infinity backed into the driveway, opened the trunk and three males got out and entered the house. Caller said the males went onto a deck and started taking photos. The males said they were looking at the view. Caller didn’t notice anything missing but would like an extra patrol.

Extra Patrol – House should not be occupied. Was found open today.

Peace Officer Hold – 10:56 p.m. – Caller reported her daughter was making suicidal statements. Officers made contact and daughter was transported to SNLH with a POH.

Trespass – 11:42 a.m. – 6851 NE Neptune Dr. – Caller reported subjects had used a stolen credit card to book a room. When asked to leave, they refused to open the door. While in custody for identity theft, Shay N. Wright Mack (10/3/91), reported she had eaten heroin. Wright Mack was transported to SNLH for a 24-hour medical watch. She will be arrested on PO detainer when she is released from hospital. Karrie A. Heys (4/30/72) was taken into custody for felony warrant out of Multnomah County for identity theft. Janae T. Kelley (10/19/79) was taken into custody for providing false information a warrant out of Washington Department of Corrections for escape. Heys and Kelley transported to Lincoln County Jail.

Welfare Check – 12:50 p.m. – 3900 SE Highway 101 – A driver was concerned about a person laying in the back of a red car. Report was taken and a consensual search found drug paraphernalia in car.

Missing Person – NW Oar Ave. – Welfare check for juvenile who didn’t come home after an incident occurred at school. Parent filed missing juvenile report due to her not coming home.

Welfare Check – 6:22 p.m. – 3317 SW Beach Ave. – Caller reporting her son posted he had taken a handful of pills with bourbon on Facebook. Son placed on peace officer hold and transported to SNLH.

Assisting Outside Agency – 7:59 a.m. – Motel 6 – Caller reporting a guest had kicked out a window screen and was smoking cigarettes in his room. Guest would not answer door or phone so staff could not ask him to leave. Mbarek B. Ichattern (8/15/73) was taken into custody for warrant out of Washington County for failure to appear on theft charges. Ichattern was transported to Lincoln County Jail.