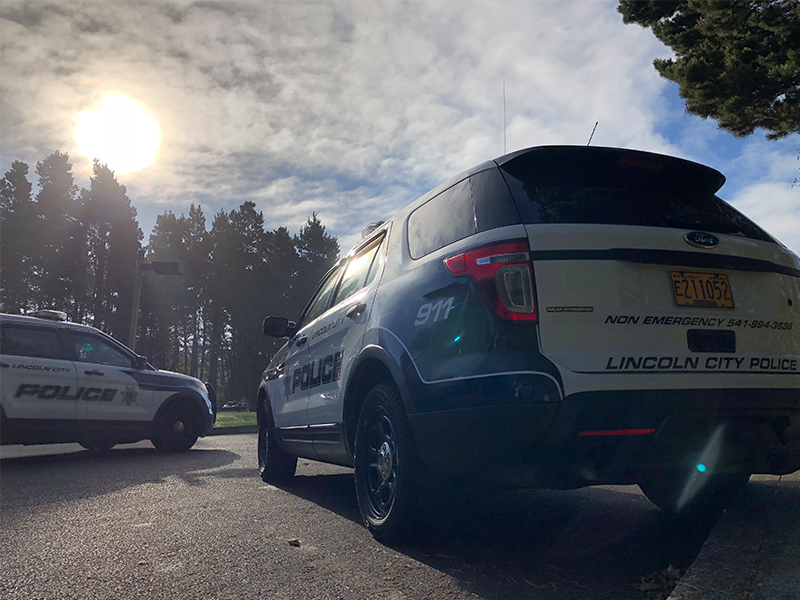 Suspicious Activity – 10:46 a.m. – Taft Elementary School – Office staff reported a female trying to visit her grandson and take him out of class without permission from parent.

7:26 p.m. – Driver officer witnessed earlier cited and released for driving while revoked. (FROM ABOVE)

Assisting Other Agency – 4:12 p.m. – NW 15th St. Beach Access – Caller reported several vehicles driving erratically on the beach past the no driving signs.Officer contacted drivers of vehicles. Robert E. Oar (6/15/77) had a statewide felony warrant for failure to appear on an assault IV charge and was cited for driving while suspended. Amanda G Howser (11/7/74) had a misdemeanor warrant for probation violation for contempt of court and a municipal warrant for theft III. Both were taken into custody and transported to Lincoln County Jail.

Theft – 5:09 p.m. – US Market – Victim reports he lost his wallet while in an unauthorized taxi. Now they won’t return it. Report taken.

Hit and Run – 12:27 p.m. – 4101 NW Logan Rd. – Caller reported her vehicle was struck while she was sitting in it. Caller was able to get a plate but was not able to catch up and make contact.

Burglary – 7:18 p.m. – 1605 NW 26th St. – Caller reports vacation rental was broken into while tenants were out. Sound bar and computer accessories were missing.

Assault – 4:07 p.m. – City Center Motel – Caller reported a fight in the parking lot. Victim was transported by ambulance to SNLH.