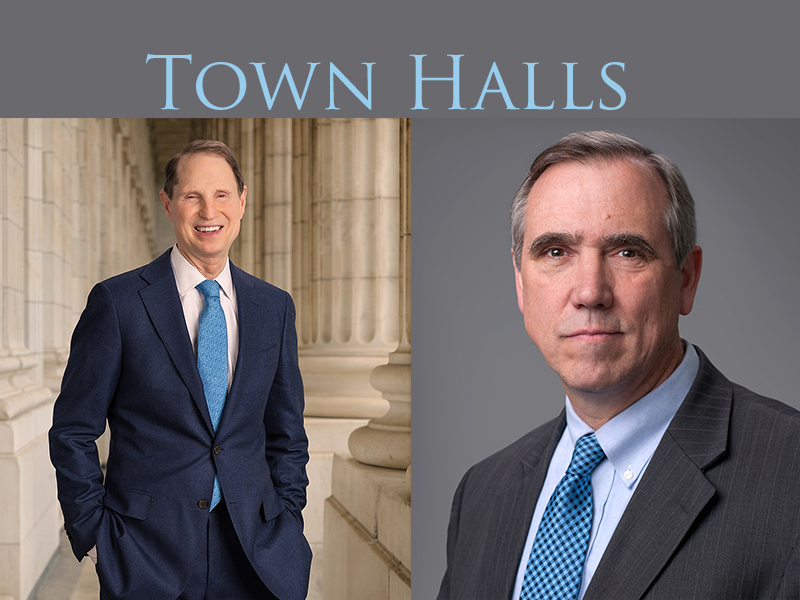 Wyden has been a United States senator since 1996 and served at the United States House of Representatives from 1981-1996. Wyden is the dean of Oregon’s congressional delegation and chairs the Senate Finance Committee.

Merkley has served as Oregon’s junior United States senator since 2009. Before becoming a senator, Merkley was a five-time Oregon House of representatives member who represented Multnomah County. He was the 64th Oregon Speaker of the House.

Wyden will be in Newport at 11 a.m., Monday, Jan. 9 at the Oregon Coast Community College, 400 SE College Way.

The public is invited to attend and Oregon’s federal politicians will meet with constituents to hear topics of interest and to discuss upcoming legislation.