They tell a story, of sorts; of humor, of protest, of corporation adoration. Ranging from bewildering to funny they seem to exist only where large amounts of people walk. 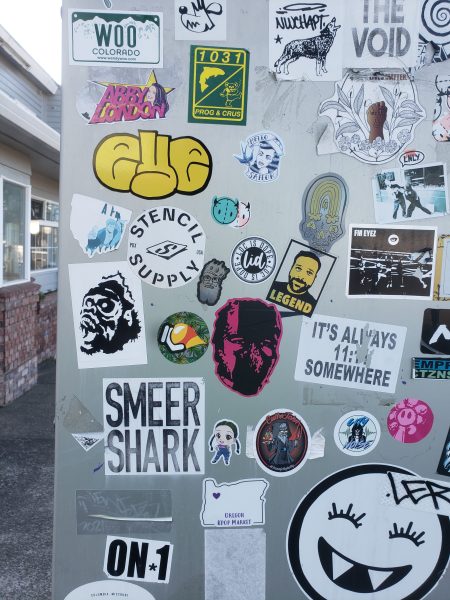 The stickers mysteriously appear and no one ever claims credit. Local business owners, when asked, had no clue why the stickers outside of their front doors were there.  Of the several that were asked none seemed aware that the stickers were there until it was pointed out to them.

Robots, zombies and squirrels mix with body builders, skulls and grotesque faces. Those that have words on them are cryptic in their brevity: “Anessa is my bartender,” or “Urchin” or “Bloodbath.” Some stickers known as “slappers” are nothing more than reused United States Postal Service Priority mail stickers with handwritten notes. One can only assume that the postal service does not approve. 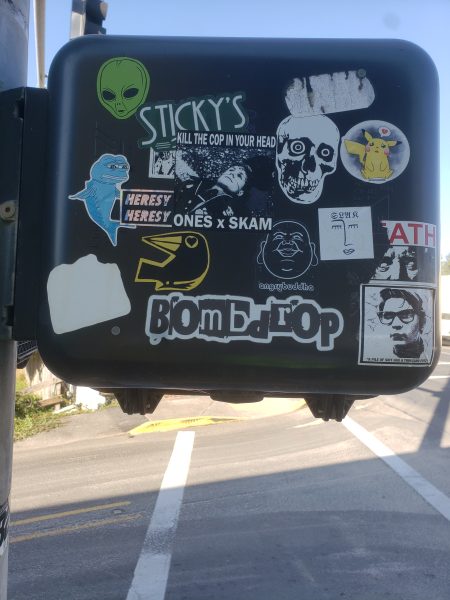 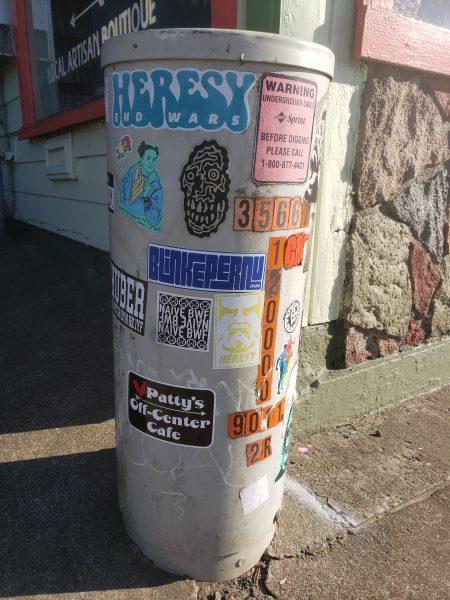 Long ago, those known as “hobos” would leave symbols carved into various fence posts or railroad buildings to let others in similar circumstances know about what they could expect in that town. Whether the police were lenient or handouts were plentiful or just to let others know they were still alive. These markings became known as “monikers.”

Returning to the present day, it could be argued that graffiti serves a similar purpose as the monikers, minus the helpful information, by simply letting the world know the artist was there.  And there seems to be a respect among the “slappers” to never cover over another’s “slap” with their own.

Stickers don’t tell us much about the town where they are stuck. All we can learn from them is that someone passed by and felt an overwhelming urge to share them. Yet, in an almost respectful manner, they always seem to end up on public, not private, property,  but one can see the spread to public trash cans and crossing signals. Perhaps that’s why there has been no outcry like that against those that would spray paint, etch in glass or use permanent markers on buildings.  But as the utility boxes and power meters overflow with the stickers and spread elsewhere there may be penalties that follow for vandalizing public property. 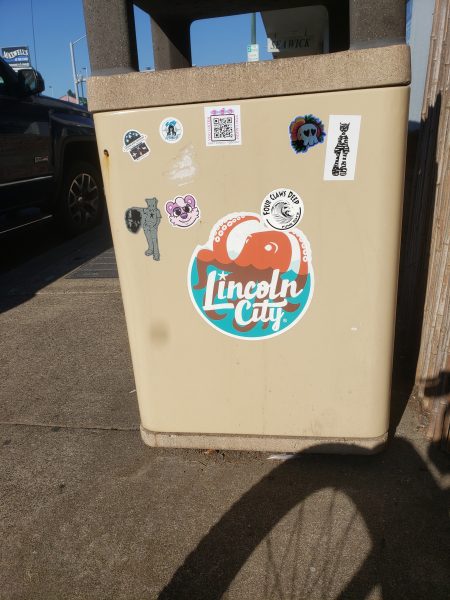 In the end, like so many things in life, one can enjoy or ignore what is placed in front of them. In any case, they are interesting to look at, to study, and to wonder about.