Where Are All The People?

Lincoln City, Newport, and Depoe Bay are ghost towns. How did this happen? Is it too early to tell? Where are all the people? I have many questions just like you and maybe a few answers.

I spent some time hanging out on the street corner to get the scoop. Where are all the people? Somebody somewhere allegedly said it has rained here for the last three days? Predicted clouds? What gives?

The Lincoln County State of Emergency probably hasn’t helped. Was it really necessary?  Commissioner Bill Hall posted this on Facebook:

“We have declared a State of Emergency in Lincoln County, beginning tomorrow and continuing through Monday. This is a precautionary move–much like east coast communities that do this in advance of a forecasted hurricane. In case local resources are overwhelmed for any reason, we can immediately request state help, instead of having to call a special meeting. All three of us will be at the Courthouse or close by throughout the weekend, but every second might count. Also, the Depoe Bay Fire Department has taken advantage of the governor’s offer of National Guard Help. A dozen guard soldiers and 2-3 Humvees are on their way to the coast.”

That may have scared some locals and tourists alike but its okay because they called it a “Precautionary Move.”

The weather websites are divided about whether it’ll be sunny and clear or partly cloudy. From my understanding we want the easterly winds tomorrow not northern winds. Easterly winds will blow any clouds away. Northern winds are not strong enough to blow the clouds away and they could stick around. So everybody think positive and “Easterly” okay?

The latest forecast is for mostly sunny skies at 10:00 AM.

Places like Madras, OR have an 89% chance to have an unobstructed view of the eclipse but that’s based on historical data so why would we believe that? The chance for the Oregon Coast is around 50%. This means I could be a weatherman and so could you!

That’s all we know but rays of hope like Depoe Bay Mayor Barbara Leff have came out saying its going to be great and you can enjoy the frolicking whales while you watch the eclipse. 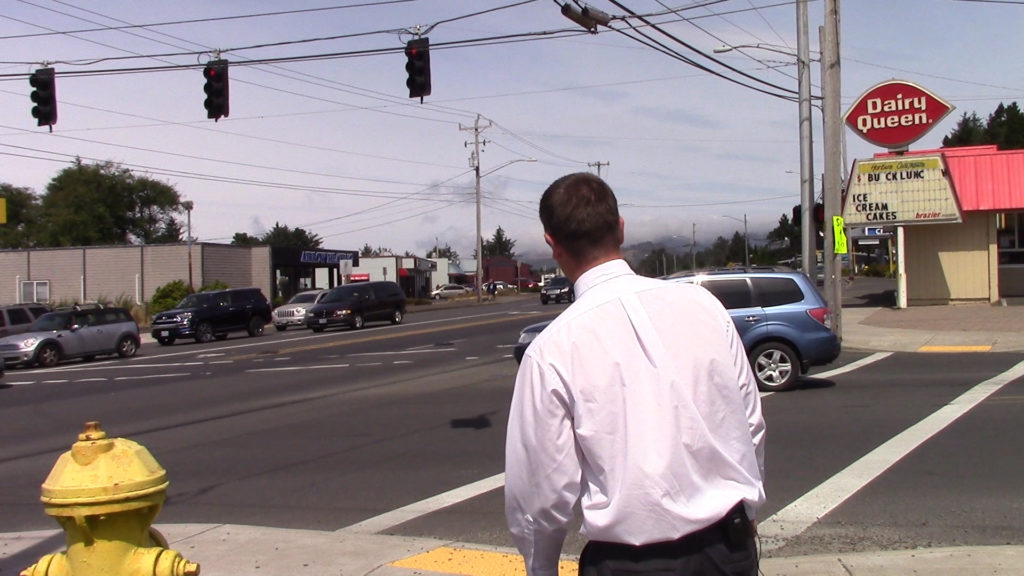 SALEM, Ore. –Senator Dick Anderson (R-Lincoln City) has been appointed to the Housing Production Advisory Council (HPAC) which will be tasked with formulating an action plan...
Read more