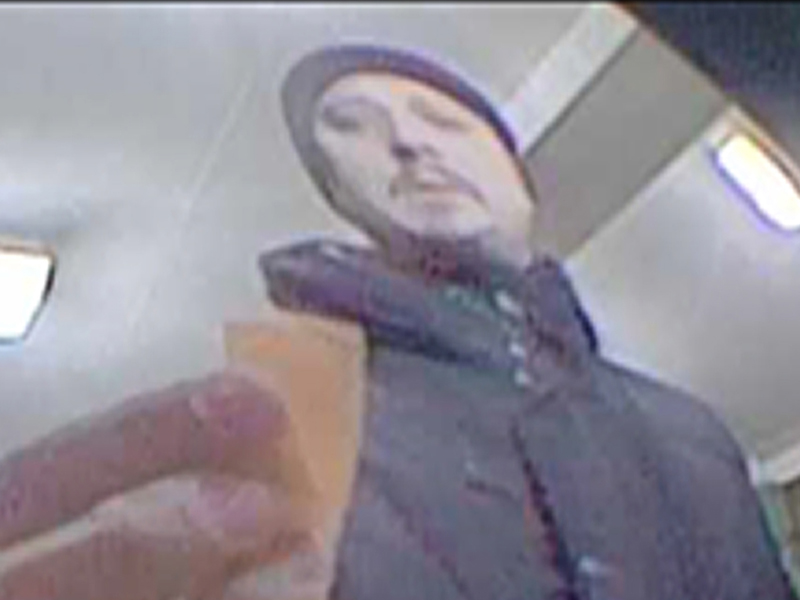 Lincoln City Police have opened a fraud investigation involving the use of a credit card skimmer device that was placed on an ATM at TLC-Fibre Federal Credit Union’s Lincoln City branch.

On or around Jan. 18, personnel from the credit union learned several of their customers had fraudulent activity on their credit cards. According to their spokesperson, the customers reported having only used the ATM at the Lincoln City branch.

TLC personnel immediately reviewed the surveillance footage from their ATM, located at 2004 NW 36th Street, and found images of a suspicious male tampering with the machine.

Based on the video times, it appears the suspect placed a credit card skimmer device on the ATM on Jan. 8, and removed it in the morning of Jan. 10. The Lincoln City Police Department has been provided with screenshots of the possible suspect and are asking Lincoln City residents for their assistance in identifying him.

Credit card skimmers are devices that are attached over the card receiver slot of an ATM and look identical to the actual receiver. Once a credit/debit card is passed through the skimmer device and into the ATM, the device captures all the information from that credit/debit card. The ATM will still function normally while the skimmer device is attached. The captured information on the skimmer can then be downloaded and used to commit fraudulent purchases.

The best way to ensure a skimmer device is not attached to the machine is to inspect the credit/debit card receiver slot for any signs of tampering or loose equipment. It is also recommended that you pull on the received slot to make sure it is securely attached. If you discover a skimming device on an ATM, you should refrain from handling it and call your local law enforcement agency to report the incident.

The Lincoln City Police Department would like to ask anyone who used their credit/debit cards at the Lincoln City TLC-Fibre Federal Credit Union ATM between the dates of Jan. 8, and Jan. 10, to review their account history and check for fraudulent activity. Those persons finding any fraudulent activity are encouraged to assemble their financial records (dates, times, amounts, etc.) before contacting the investigating officer, Sr. Officer Liden.