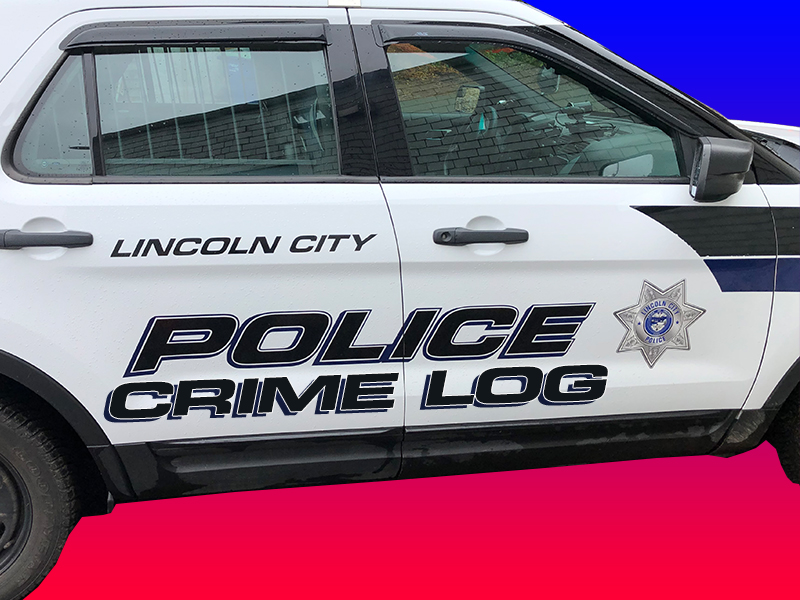 Assisting Other Agency – 11:40 a.m. – 1700 NW Highway 101 – Tyson Geck (11/30/95) was seen standing at a bus stop near Maxwell’s. Geck had a felony warrant out of Columbia County for failure to appear on a possession of meth charge. Geck also charged with possession of meth and failure to register as a sex offender. Geck was taken into custody and transported to Lincoln County jail.

Warrant Arrest – 1:52 p.m. – 950 SE 32nd St, Apartment 13 – Caller reported that her daughter has a warrant and may show up later. Jessica Sells (5/17/88) located on SE 32nd St. and taken into custody on felony warrant out of Linn County. Sells was transported to Lincoln County Jail.

Welfare Check – 9:45 a.m. – 2477 SW Anemone Ave. – A Deputy with Skamania County requested LCPD do a welfare check on a subject who took her kids out of the state. Report taken and shared with other agency.