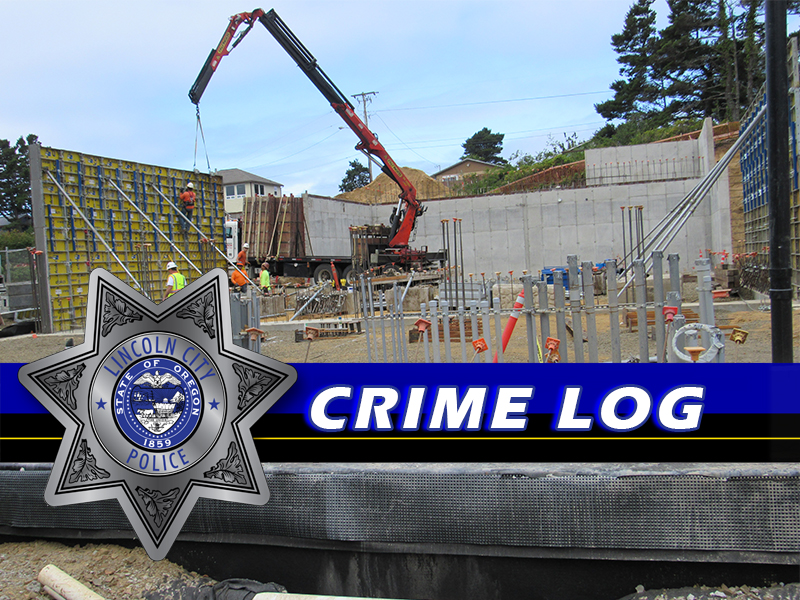 Suspicious Person – 1:21 a.m. – 2760 NW Neptune Ave. – Officer contacted a female who gave a false name. Sylvia Rose Hutchinson-Hernandez (1/16/96) taken into custody on probable cause for giving false information to police, a felony warrant and was transported to Lincoln County Jail.

Domestic Disturbance – 11:40 a.m. – NW 34th St. & NW Highway 101 – Report of male and female fighting in vehicle. Male got out and smashed the passenger side front window and left on foot.

Disturbance – 11:50 a.m. – 1120 SW 15th St. – Caller reported her neighbor was cutting up part of her fence. WHen she asked him to stop, he started screaming and ranting. Aaron S. Kilby (2/15/77) taken into custody for criminal mischief and trespass and transported to Lincoln County Jail.

Hit and Run – 5:17 p.m. – 836 SE 31st St. – Caller reported he was hit by a car while riding his bicycle. He went to the hospital for minor injuries and contacted police afterwards. Investigation ongoing.

Trespass – 12:08 a.m. – Palace Inn & Suites, 550 SE Highway 101 – Caller reports male in the lobby is creating a disturbance and will not leave. Benjamin Pasciyo (1/25/90) arrested for trespass and transported to Lincoln County Jail.

Theft – 5:31 p.m. – 4800 SE Inlet Ave. – Caller reports her Schwann delivery was taken off her porch. She called back to report she got her delivery.