This article has been updated with Pacific Power changing the time for a possible shutoff for Lincoln County to 10 a.m. Friday. Pacific Power officials said it was still a “last resort” option.

Pacific Power issued a warning Wednesday alerting the public to a possible shutoff due to forecasted high winds during “extreme wildfire conditions.”

Lincoln City was among a list of communities that could experience a “public safety power shutoff” around 10 a.m. Friday morning through late Saturday night.

From a Pacific Power news release:

Pacific Power sees the move as being proactive and an effort to reduce the risk of a possible wildfire. Power crews will actively patrol and remove debris from lines and make repairs as needed. 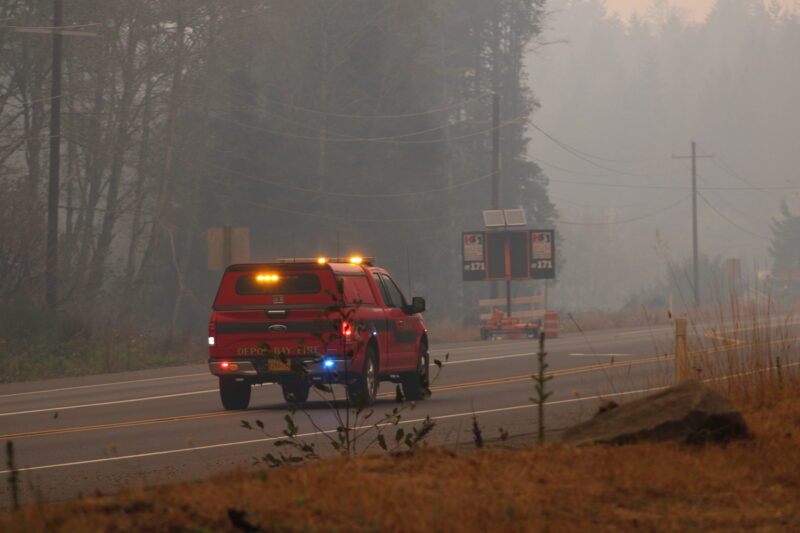 The Echo Mountain Wildfire that struck in 2020 had similar conditions prior, but the winds predicted Friday and Saturday are not as high and officials will be using the shutoff as a last resort.

Residents can find information on how to protect their homes and what supplies they should have on hand at Pacific Power’s website.

For all non-emergency questions about the Public Safety Power Shutoff, customers and the public should call Pacific Power at 1-888-221-7070.

In support of the stay-at-home directive ordered by the state of Oregon, Pacific Power will maintain reliable power to all customers during the COVID-19 public health emergency.
Read more