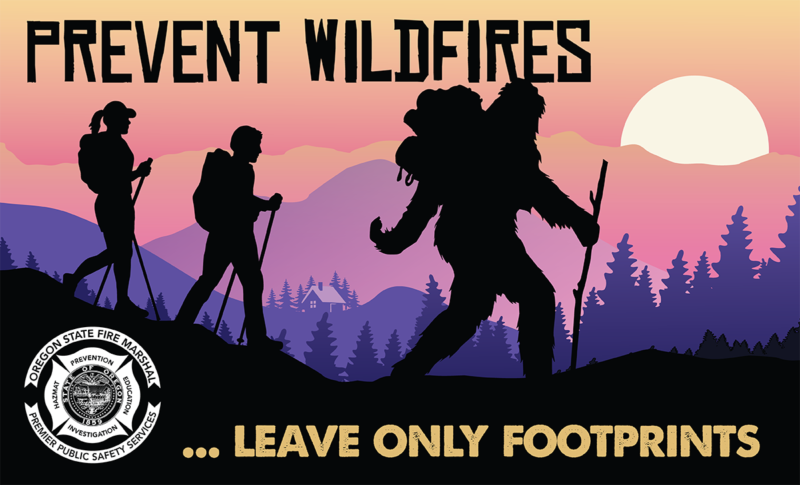 The Oregon Office of State Fire Marshal’s Bigfoot: Believe in Fire Safety campaign is returning for the 2020 wildfire season, asking Oregonians to protect their communities by preventing wildfires.

“This really comes down to protecting communities and preventing wildfires,” says State Fire Marshal Jim Walker, of the OSFM’s Bigfoot campaign. “Wildfire prevention begins with all of us. Together we can make a positive impact. Since most wildfires are started by people, please do your part to prevent them.”

In response to the challenges of recent wildfire seasons, the OSFM enlisted Pacific Northwest icon Bigfoot, friend in fire prevention, to inspire the public to take action and reduce risks of human-caused wildfires.

The campaign first launched in spring 2019. From the start, Bigfoot served as an iconic messenger to encourage Oregonians and visitors to protect our communities and homes from human-caused wildfires. 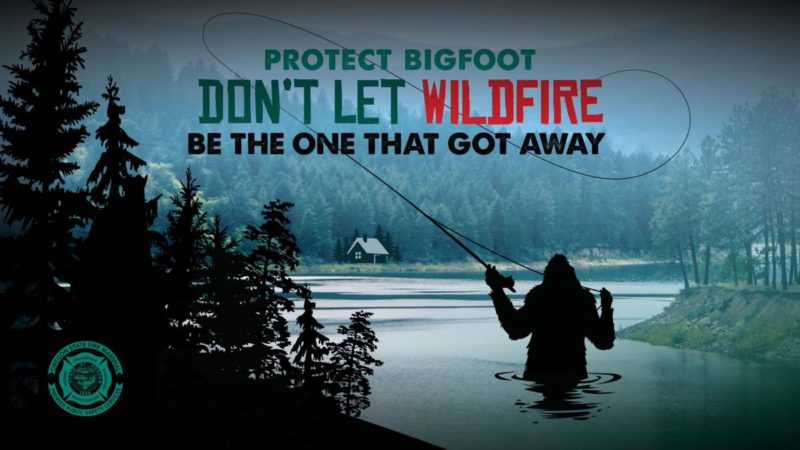 OSFM’s Fire Prevention Coordinator Stephanie Stafford made the connection that wildfires occur where Bigfoot “lives,” which created the opportunity to promote awareness around fire prevention in the wildland urban interface (WUI). Data show the most costly fires in recent years nationally all occurred on WUI lands.

Wildfire threats to Oregon’s communities have led to longer and costlier fire seasons for state and local agencies. The wildfire problem also has captured the attention of Oregonians. Statewide they see the effects of fires on forests, as well as on homes in the wildland urban interface.

In the past two years, data collected in Oregon for the National Fire Incident Reporting System show there were 14,971 outdoor fires with 554,196 acres burned. Most of these outdoor fires were caused by unintentional human ignition rather than natural sources such as lightning.

The OSFM will be working with its more than 300 Oregon fire service partners to help share Bigfoot-themed education and branding materials that encourage Oregonians to “believe in fire safety,” around their homes and when recreating around their communities and in the outdoors. 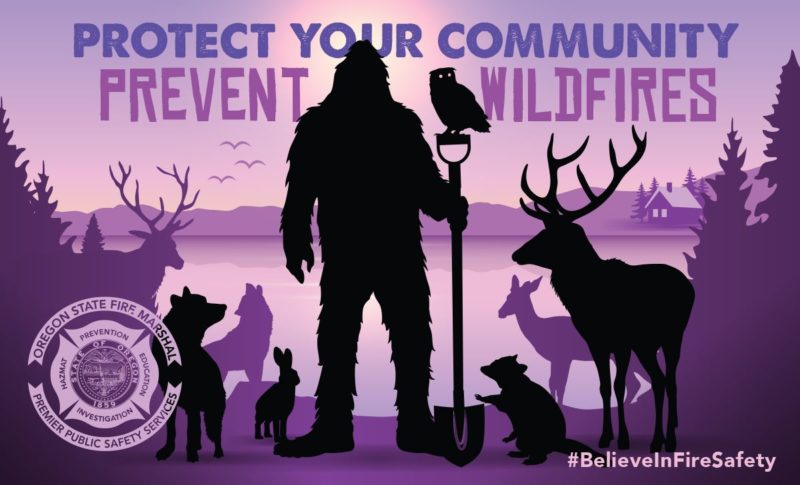 The Oregon fire service plays an important role in providing critical first response for initial suppression of many wildfires that begin in their jurisdictions and can often spread to public lands.

In 2019, fire agencies helped Bigfoot reach residents statewide, and the OSFM will be providing Bigfoot materials for agencies to share and motivate their residents to prevent wildfires.

Bigfoot’s message for 2020 to “believe in fire safety” can be shared with the hashtag #BelieveInFireSafety.