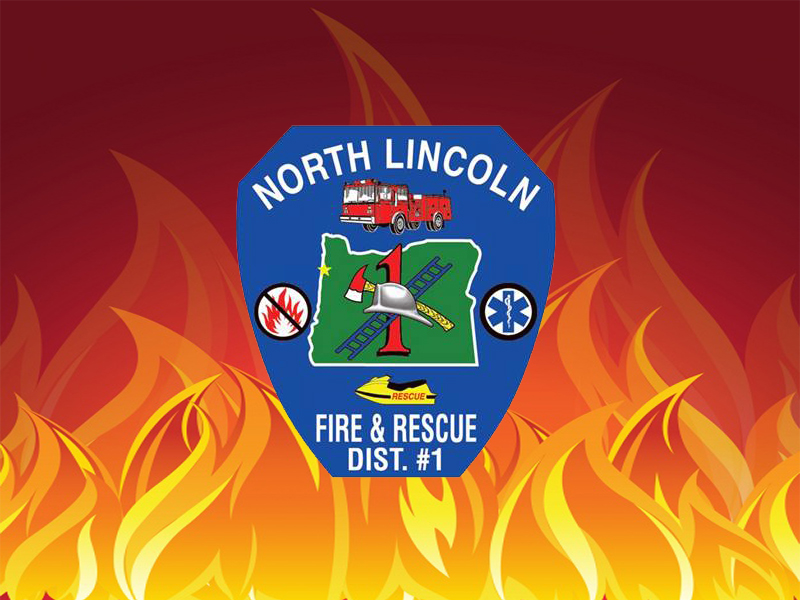 The District has experienced a large increase in call volume over the last two decades. At the same time, the decline in volunteers has been alarming.

The increase in calls and drop in firefighters isn’t only a problem locally. The problem exists throughout Lincoln County, the state of Oregon and nationwide.

The problem is compounded by the rising number of wildland fires throughout the Western United States.

“Last year, Lincoln County had deployed on five fires in Oregon and California [a record],” Newport Fire Chief Rob Murphy said. “These county Task Force deployments are lasting longer and put extra pressure on the resources within our departments.”

Sending dozens of firefighters and equipment during peak tourism and fire season creates not only a lack of personnel within the borders of a district or department but impacts agencies’ ability to respond for “mutual aid” to assist neighboring districts for large fires or staff additional medical personnel to scenes during multiple EMS calls.

Fire chiefs are looking for answers. but solutions might not come quick enough to catch up with the increase in calls and lack of responders.

In March 1997, North Lincoln Fire & Rescue District #1 was formed with the merger of two Volunteer Firefighter Districts that have been serving the communities of North Lincoln County since 1937 — TND (Taft, Nelscott, DeLake) Rural Fire District and Devils Lake Fire District. At the time of the merger the District had nearly 100 volunteers responding to just over 1,000 emergency calls annually.

Calls are responded to through the service of dedicated volunteer firefighters who provide 24-hour day, night and weekend response from their homes or on standby shifts at two of the District’s six stations. The stations are strategically placed in Rose Lodge, Otis, Oceanlake, DeLake and Taft areas of Lincoln City and Kernville.

Increase in the District’s calls created a need to hire 12 firefighters (three are paramedics) after a Levy measure was passed by voters. The crews started Aug. 8, 2017.

The District mandate is to provide fire suppression and investigation, as well as respond to medical calls, which account for 77 percent of all calls. The District currently provides services that do not fall under our fire suppression mandate: Emergency Medical Services (EMS), Motor Vehicle Crashes (MVC), and Water Rescue Services.

In addition, the Fire District plays a major role in community response to such potential emergencies as earthquakes and tsunamis, as well as prevention activities like fire inspections, water safety and fire prevention education.

The District provides fire and emergency services to more than 80 square miles of Lincoln County, with an estimated residential population of 14,000 people. This population swells with the influx of visitors, particularly on weekends and during the summer months three to four times as many people.

To the north, the District starts near the top of Cascade Head at the Tillamook County line. To the east, it weaves through coastal forest as far as Milepost 10.0 on Highway 18 and Milepost 8.7 on Highway 229. The southern boundary is the Siletz River and the Pacific Ocean provides natural boundaries to the west.

NLFR has made a large investment in training, Personnel Protective Equipment (PPE), facilities and firefighting equipment. The District has purchased seven engines, two tenders, several rescues, staff vehicles and two aerial units (75’ ladder and 100’ platform), replacing 24 of its fleet of 26 emergency response vehicles since 1999. NLFR is committed to the finest training and safety practices, while delivering rapid service to the community and visitors they serve.

As North Lincoln Fire & Rescue District #1 continues to grow and expand, these Standard Operating Guidelines (SOGs) serve as the road map for volunteers to understand the critical and lifesaving role they play in the community. These SOGs will give every member of the District information, rules and guidance for continued quality service that traditionally has been the standard given to our community.