Several Taft High student-athletes were honored Wednesday night with recognition for their athletic and academic achievements during the school’s annual Winter Sports Awards ceremonies in the school commons.

Fifteen of coach Lissa Parker’s 25 swimmers earned certificates for academic achievement for grade point averages of 3.0 or better, with five boasting GPAs of 4.0 or above. 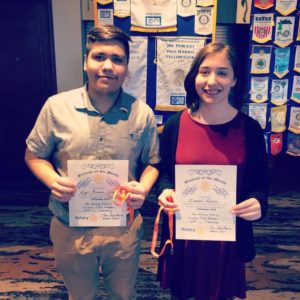 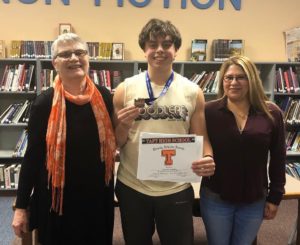 Senior Micah McLeish and junior Napy Meyer took the most time off their swims over the course of the season, and Mike Young won the volunteer award for his contributions despite missing most of the season due to injury. (Freshman Angel Moreno Islas and Mackie were also named Rotary Student Athletes of the month earlier in the day). 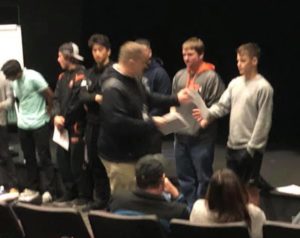 Senior Cody Knott claimed “Wrestler of The Decade” honors for leading his team to an all-time best showing at State, where he placed third.