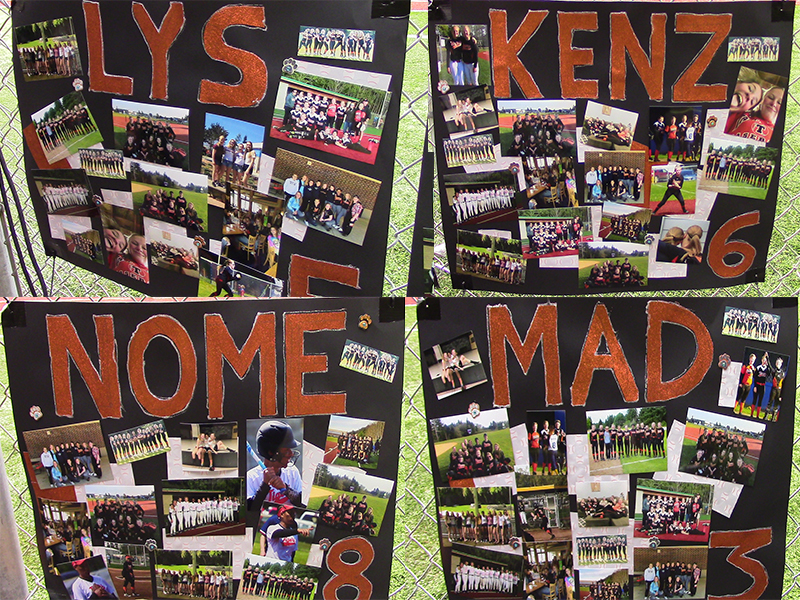 Four senior Taft High softball players bid farewell to the home crowd Monday in their final regular-season game, going out the way they hope to conclude their careers – with a dramatic comeback win.

Four senior Taft High softball players bid farewell to the home crowd Monday in their final regular-season game, going out the way they hope to conclude their careers – with a dramatic comeback win.

McKenzie Evenson, Madison Clanton, Alyssa Tanksley and Naomi Rini each contributed in some fashion to lead the seventh-ranked Tigers to a 4-3 victory over Class 4A Yamhill-Carlton (10-15, 7-8) Oregon West).

“All of the seniors contributed to this win, which was a great feeling,” Taft coach Sandy Stuart said. “We played hard and were able to come from behind and bring home a big win at home against a tough 4A opponent.”

“Their pitcher threw very hard and they were aggressive at the plate and on the bases,” Stuart said.

Taft scored two times in the bottom of the sixth inning to tie the game, 2-2. Leadoff hitter Kyla Knott reached and advanced on a sacrifice bunt by Rini. Danneker then tripled and was knocked in by sophomore Emma Coulter, who started in the circle for the Tigers.

Yamhill-Carlton scored in the top of the seventh to take a 3-2 lead, but Taft’s seniors responded.

After Evenson reached on an error back to the box and Clanton walked, freshman Claira Tolan’s sacrifice bunt put runners in scoring position. Rini then singled on a two-out, two-strike pitch to drive home the winning runs.

“I was confident she would put the ball in play,” Stuart said.

Tanksley also pitched in with a great catch in center that made a big impact, Stuart said.

“The fact that they stranded so many runners just shows that our defense was able to make some plays and Emma was able to dig deep and finish all seven innings,” Stuart said. “She worked one batter at a time and moved the ball around. Now, we look forward to more very competitive games.”

Taft concludes its regular season at 4:30 p.m. Tuesday at third-ranked Scio (22-2, 10-0 3A PacWest). The Tigers will meet conference champion Dayton at 3 p.m. Friday in a league playoff game.

“It was nice to win on Senior Night. We’re already looking to the next game,” Rini said. “Scio is a good team and we should be competitive.”

“I am proud of the determination we showed today,” Stuart said,