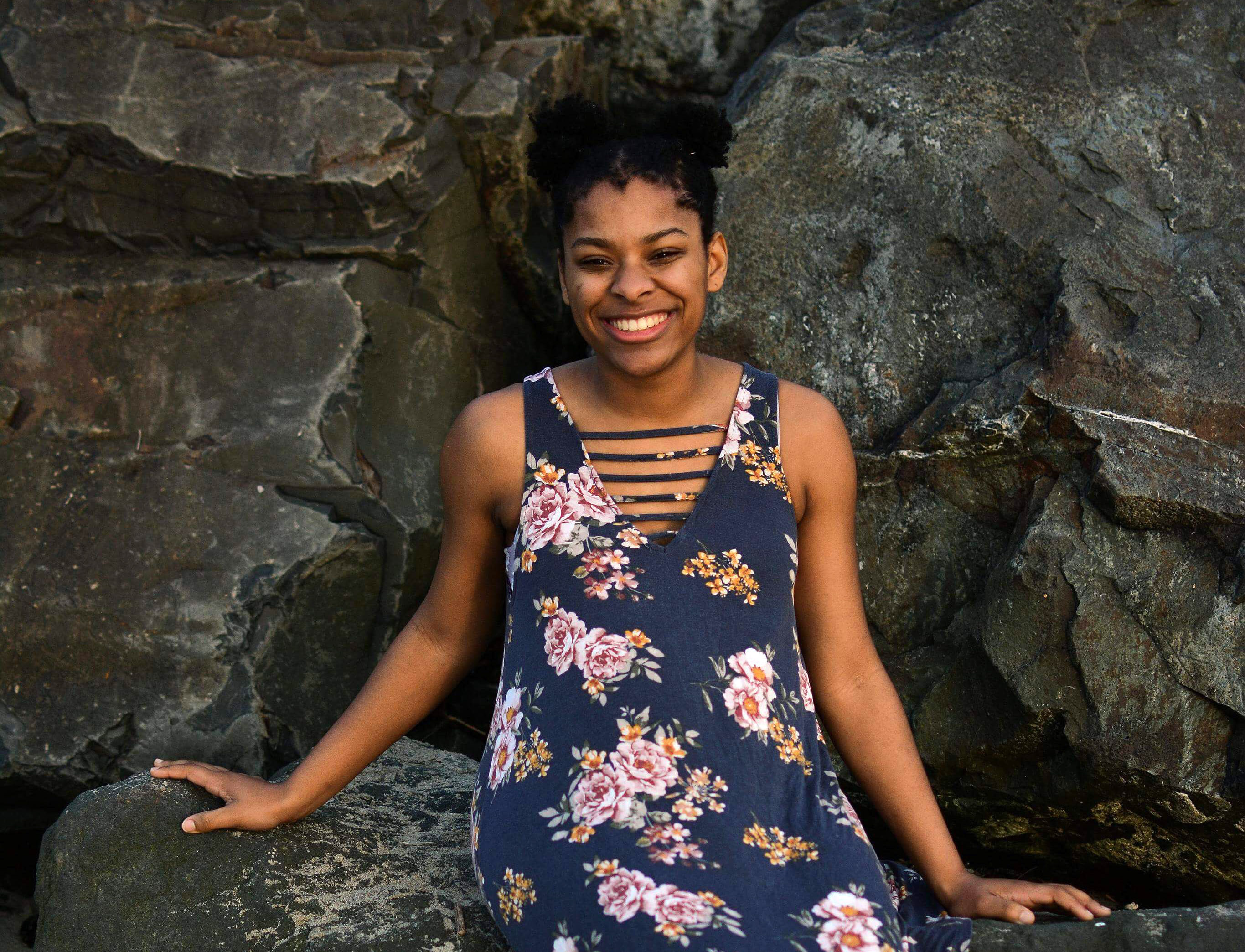 Whether kicking, shooting or hitting a ball, it doesn’t require a search-and-rescue team to hunt down Taft High’s Naomi Rini on any given weekday.

If not confined to a classroom or her mentoring and governing duties, you’ll find her on the field, court or diamond excelling on the Tigers’ athletic teams.

Look no further than soccer coach Joey Arce-Torres for the skinny on the industrious senior sports star.

“Naomi is a tough one for me, probably the most polarizing athlete I have ever coached,” he said.

“I have seen her at her best and her worst, and I can say that she is a very hard-working athlete,” said Stuart, who has coached the assiduous 17-year-old multisport performer for three seasons. 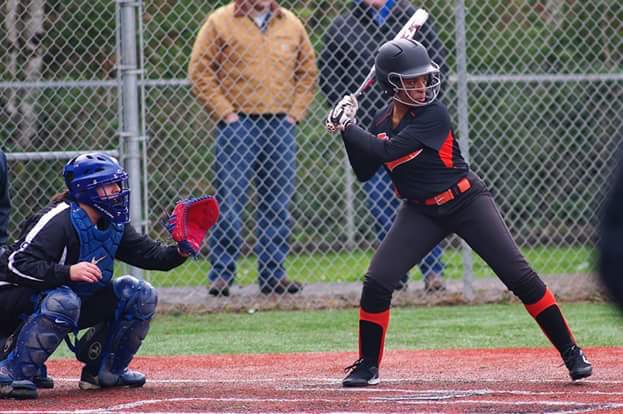 With desires of becoming a small-town high school history teacher, Rini has signed a letter of intent to play soccer at Blue Mountain Community College in Pendleton, where she also hopes to make the Timberwolves’ softball team. She currently plans to attend Eastern Oregon University in La Grande upon earning her two-year degree.

“Her strong personality and lightheartedness will be a great gift to her new friends as she moves into college next year,” Rini’s best friend and senior class co-president Maya Hatton said. “Naomi is a strong leader, and people follow her in her opinion, which is a strong trait of hers.” 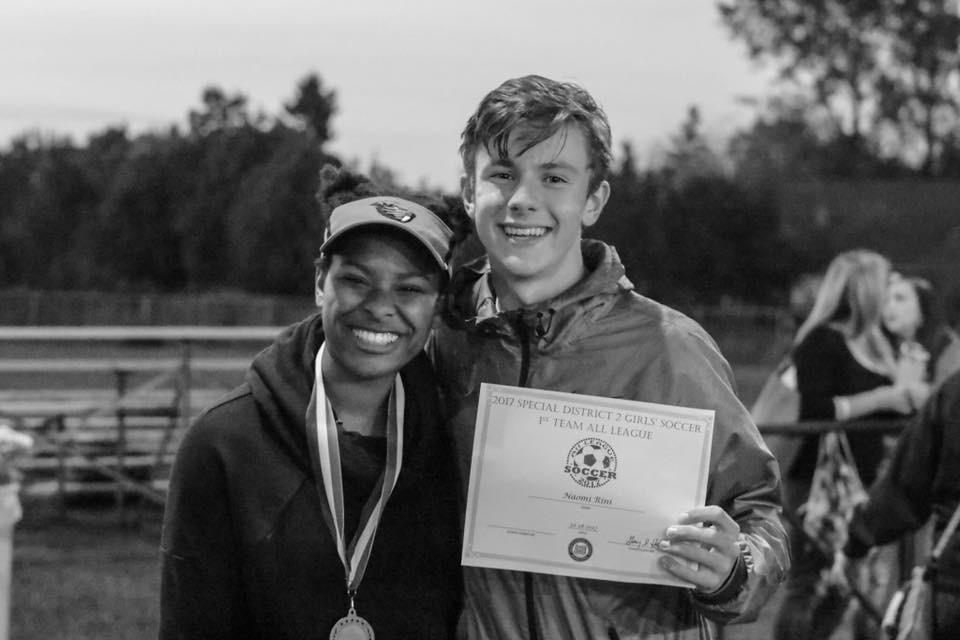 “On the field, she is a leader,” said Stuart of her starting third baseman, who has helped the Tigers to the state’s No. 1 Class 3A ranking. “When we asked the players to nominate a team captain, they almost all nominated her because they felt like she was a great listener. She is a loud voice on the team.”

“I have enjoyed making varsity every year for every sport and having to work for a spot every single year, always fighting with another talented athlete for a starting spot, even though I didn’t always win,” she said.  “I’ve seen myself improve throughout my high school years.” 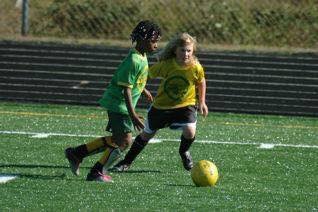 Credit Rini’s conscientiousness and desire for her ascension to a college scholarship.

“She is in the cages voluntarily all through the school year,” Stuart said. “Even though she is a three-sport athlete, she was committed to making herself become a better softball player. She dedicated a lot of time in the offseason to work on that.”

Stuart said the industrious Rini wears her emotions on her sleeve.

“I have witnessed her play an emotional game with twists and turns and ups and downs, but she works hard until the final run is scored,” she said.

Rini’s mom, Theresa Smith, is a bookkeeper at Kulla-Ronna Scwab and Chambers, while her dad, Marc Rini, is a bellman at the Inn at Spanish Head. Adopted in Portland at age 1 1/2, she has twin brothers, Tristan and Tyler, who are 16-year-old freshmen at Career Tech, and a sister, Sarah, a 21-year-old Taft High grad.

A powerful shooter up close and from long range, Rini helped lead the Tigers to the verge of the State soccer tournament. Taft fell 2-1 to Western Mennonite/Perrydale in a Special District 3 play-in game.

“The kid can dominate a match with her physical play,” Arce-Torres said. “She isn’t blessed with rocket speed, but can hold the ball and thwart off defenders long enough to create a window of opportunity.  Naomi can rally teammates when she sees the moment to exploit an opposing defense. At those moments, she looks like an adult playing with children.” 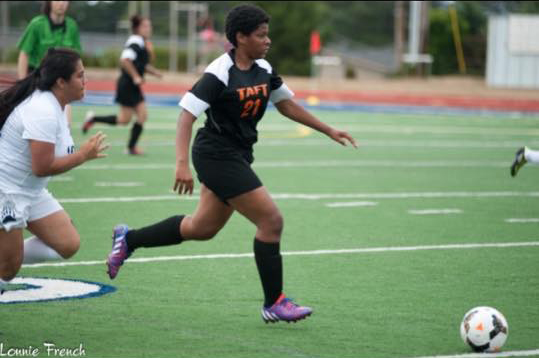 Arce-Torres said field awareness helped Rini succeed in soccer and is likely to shadow her on the field in her community college career. 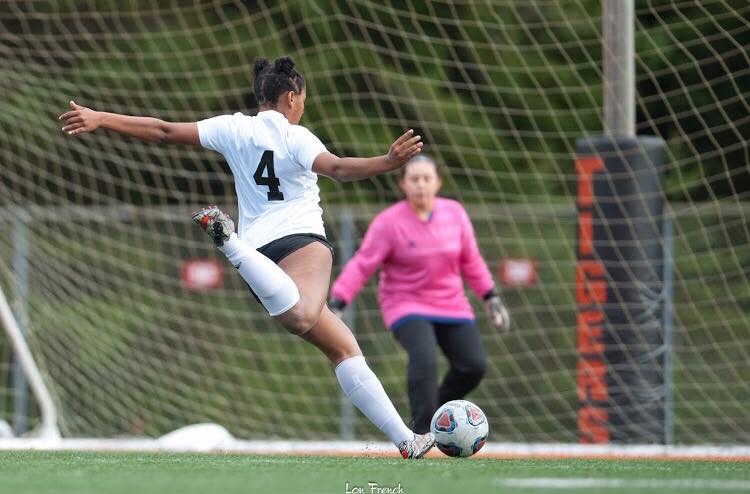 “She has good knowledge of anticipating empty space and positioning herself for weak-side strikes,” he said. “She has the ability to play multiple positions and could shut down an offense when we had the lead.

“Because of that, she has the ability to contribute at a higher rate than most, mainly because soccer is a game of angles, momentum and patience. She wastes little energy because she sees plays develop beforehand and can anticipate where she needs to be.”

While Rini has separated herself on the pitch for the Tigers, her favorite sport appears to be the one in season.

“I’ve never really had a favorite sport, but on the softball team I definitely receive and give the most support from and to my teammates, and that makes the game so much more fun.” she said. 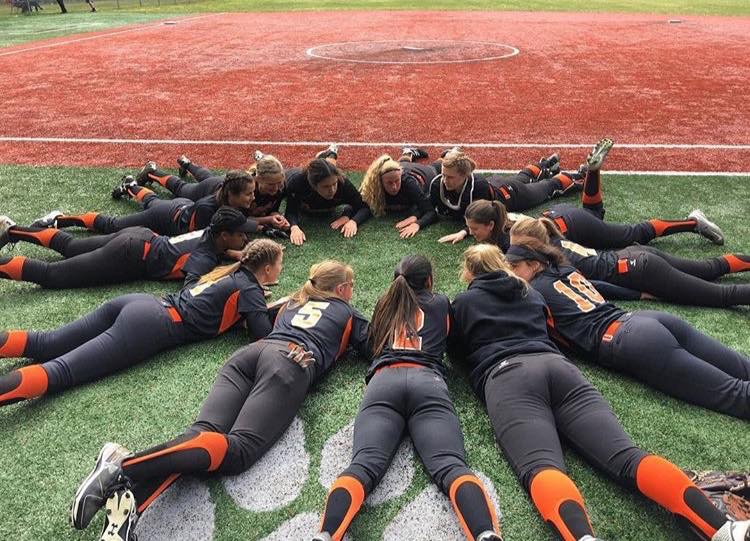 Partial to playing second base, Rini is starting at third this season, putting team over self after shaking off a minor knee injury and manning the middle of the diamond as an underclassman.

“I wasn’t a super-strong athlete, but I had the technical abilities to be an infielder,” she said. “I did well at my position, and I just loved the grounders, the middle-infield vibe, and not having to make a long throw. Third base is fun, being the hot corner, but nothing will ever take away from my passion for second.“

While Rini prefers turning two, she likes the long ball even better. Hitting a home run this season helped her see “all the hard work pay off.” Competition fuels her drive to succeed.

“My favorite soccer memory was beating everyone in our league once this season,” she said. “It wasn’t enough to make it to State, but it felt good to beat teams that we never thought we would beat in my four years at Taft.” 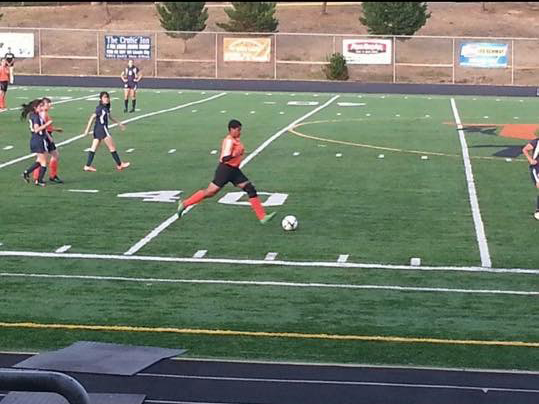 An avid reader who loves the beach, Rini hopes to be a history teacher. She said she developed her love for the subject through Taft High teacher Ken Martin. 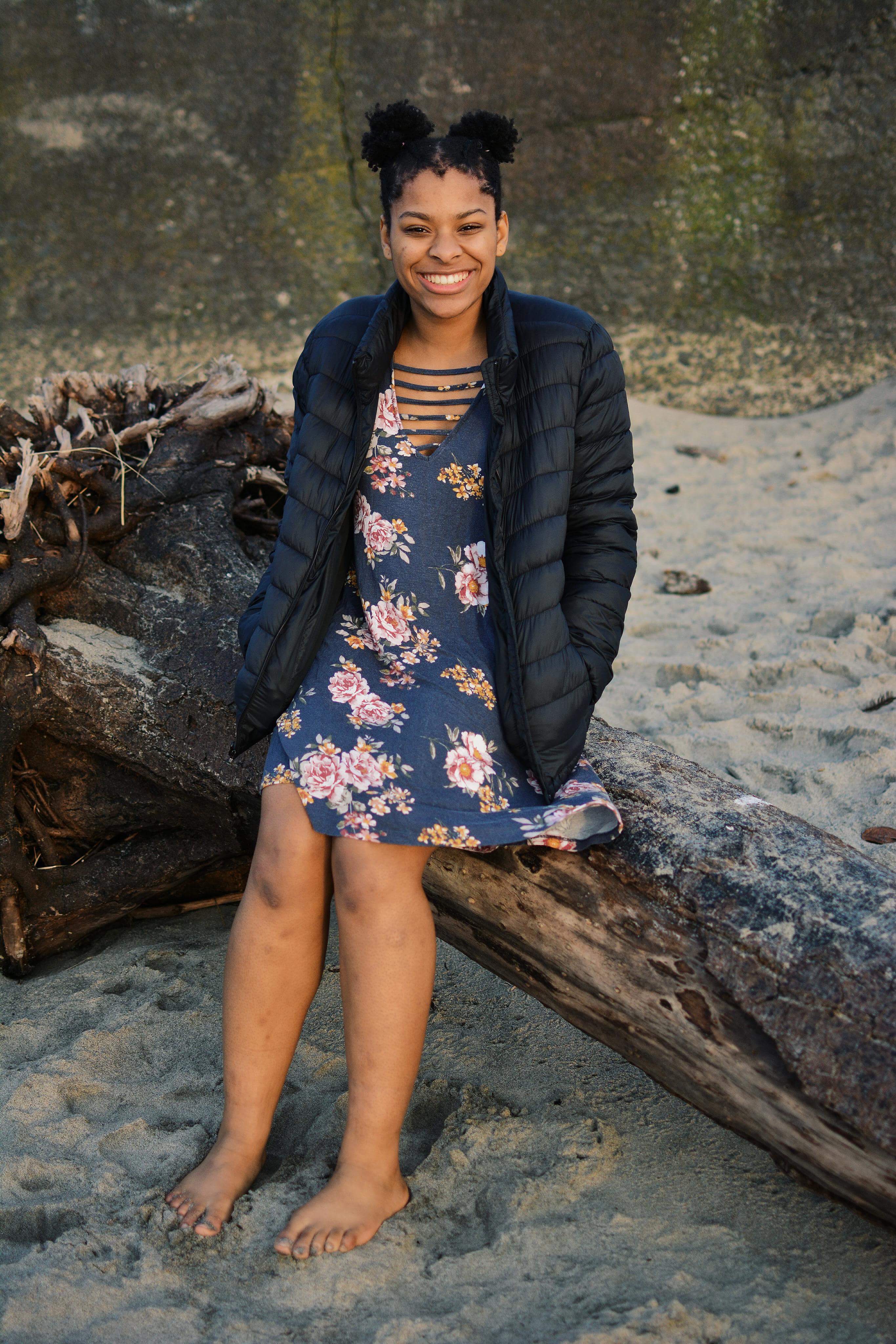 “He taught me that learning history will help you to remember the mistakes of the past and not make them again,” she said. “Ever since I walked into his class my junior year, I’ve known that I want to teach high school history and, hopefully, help the next generation of kids to not make the same mistakes.”

Rini has worked the past two years at the Justice Factory Store in Lincoln City. She enjoys helping coach youth sports and instructing younger students in addition to selling them clothes.

“She has worked very well with the middle-school students,” said social studies teacher Matt Hilgers, who has had Rini as an AVID (Advancement Via Individual Determination) tutor for the past two years. “Many of them look up to her as a mentor. She is very good at holding the students accountable. She is very confident in her abilities and strives for success.” 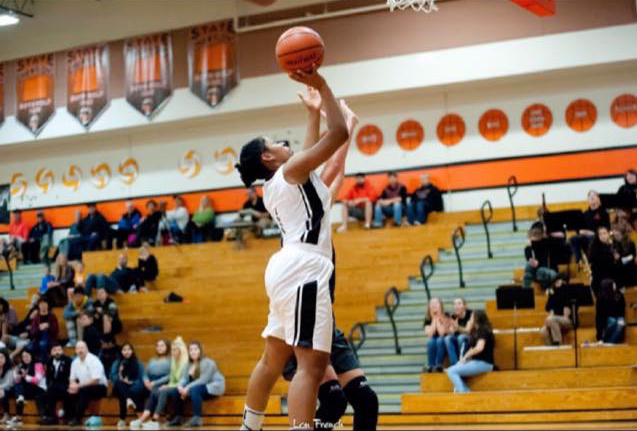 “When I was younger, he pushed me past what I thought was possible on the basketball court,” she said. “Not only did he shape me as a player, but also helped to shape me as a person. Through him, I grew so much and learned how to manage my emotions in a positive way rather than letting my anger get the best of me.” 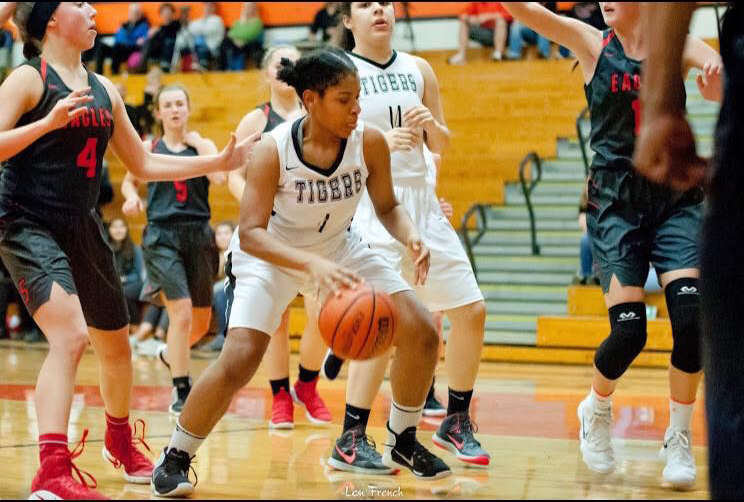 Faith Baptist Youth Pastor Luke Hall also has been a major influence on her life, she said. Hall has helped her become a better Christian through athletics “rather than letting my faith and my competitiveness be contrasting things.”

“As much as I love sports, Jesus is, and always will be, my priority,” she said.

On the field, she said she hopes to close out her career with her greatest measure of success.

“Our team wants to stay together and play together,” she said. “This is by far the most talented and motivated softball team I have ever played on. Personally, I just hoped to have some fun this season. And, what’s more fun than winning?” 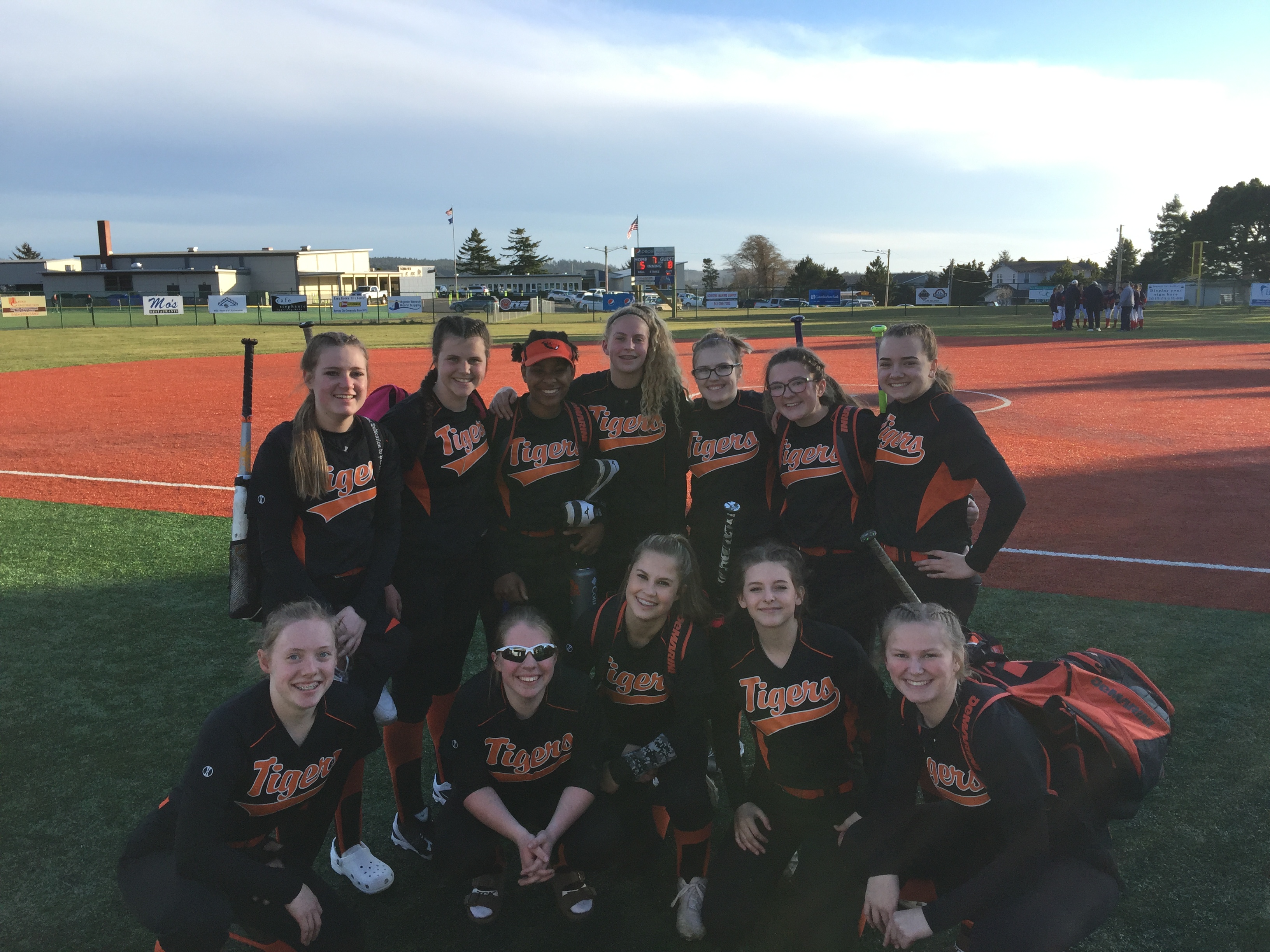 They say if you see something, say something, so two local teenage boys did something this week that led to Thursday's arrest of a Lincoln City youth pastor on suspicion of felony sex abuse of a minor.
Read more

Taft High's indomitable pitching and plate presence of junior teammates Emma Coulter and Hailee Danneker has again been rewarded for its formidable talent with both players being chosen first-team all-league for the second straight season.
Read more

Cascade Christian dashed Taft High's hopes of making a deeper run in the Class 3A OSAA State Softball Championships than a season ago, advancing...
Read more

Saying, "it's easier to pitch with all those runs," Taft High ace Emma Coulter relied on a prodigious offense and her own robust right arm Wednesday to propel the Tigers into the quarterfinals of the Class 3A OSAA State Softball Championships.
Read more