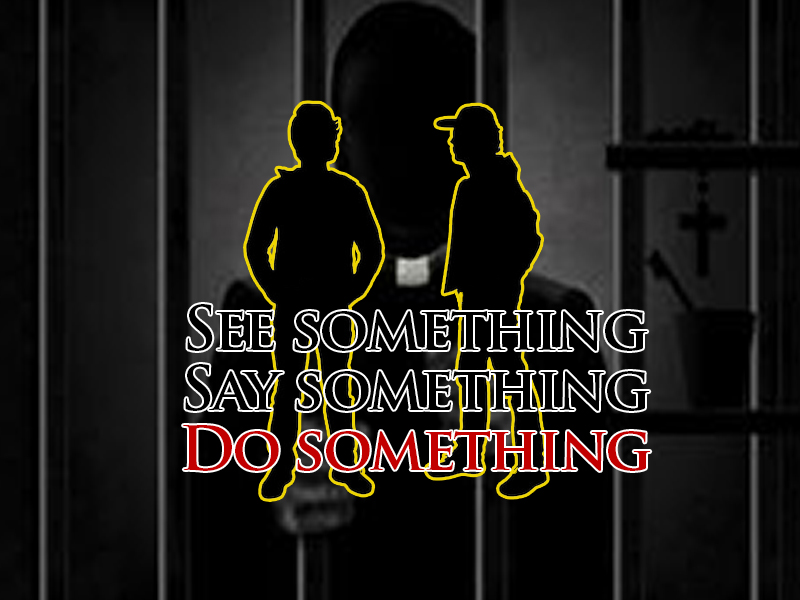 They say if you see something, say something, so two local teenage boys did something this week that led to Thursday’s arrest of a Lincoln City youth pastor on suspicion of felony sex abuse of a minor.

Lincoln City Police arrested 35-year-old Mitchell Houston Conte, a pastor at Life Change Church, on multiple charges, including two counts of contributing to the sexual delinquency of a minor, online sexual corruption of a child, luring a minor, sexual abuse and sodomy.

In an exclusive sit-down interview with Homepage, the teenagers, who spoke on the condition of anonymity, described how they became aware of the possible sexual transgressions against a 15-year-old girl through social media; shared knowledge of confessional conversations among their peers; and admitted to their own personal infighting before coming to the realization that only the truth could serve the greater good.

In excerpts captured from an hour-long redacted interview to protect potential privacy issues — and supported by social media and sourced information obtained by Homepage — the Taft High 7-12 students, one a brother of the alleged victim, described the events that led to the volunteer youth pastor’s arrest.

Homepage: Tell us about how you got to know Mitch, how well you know him, and your impressions of him:

Boy 1: I started to get to know Mitch through church events and stuff, I didn’t know him too well, but my parents knew him more than I did and I thought he was kind of cool. At a family potluck, I started talking to him. He started helping out at my church and I started to get to know him better. I went to hockey games with him and rode with him for church stuff. I did youth group with him every week, and then he started coming to my house. I thought, “This guy is pretty cool and I trust him.”

Boy 2: I knew him from friends. He was a little touchy sometimes.

Homepage: Tell us how this whole incident started, in other words, what caused you to start thinking something might be wrong here and deserves looking into:

Me and my sister used to share this tablet, and one night when [Boy 2] was at my house, we went to go use it and we saw strange social media messages on it, sexual messages between Mitch and my sister. We saw “I like the way it felt,” and I said, “This is weird.” I started to look through the messages with [Boy 2] and it says “————— —-REDACTED,” and we were like, “This is super weird,” so we scrolled up and saw “I like the way it felt —-REDACTED—-,” and it was just gross. My sister came in and was like, ‘Give me that,” and she took it, and we left to go on a walk. We saw some friends and my sister started texting them: “Did they see?” They were like, “What were they not supposed to see?” My sister told her all about it.

Homepage: What happened at that point and after that to make you suspicious there might be a more serious problem?

Later that night, we were sleeping in a tent, and we came out and my sister’s window was open and her light was on and we’re like, ‘Oh, I wonder where she is?” So, we went in her room and found the tablet. It had messages with her and Mitch Conte like, “Come out to the road, I want to snuggle and stuff.” And I didn’t see her leave, so we waited until like 4:30 a.m. just waiting for her to come home, but she never did and we fell asleep.

Homepage: Did you confront her about where she had been and, if so, how did she react?

She was confused that I knew. It was just wrong. I asked where she went with Mitch last night and she was like, “Um, how do you know?” I told her that I was a wizard and she said,”We went to the beach.”

Homepage: So, what happened next?

Boy 1: We told a couple friends about it.

Boy 1: We wanted to talk to Taft High [School Resource] Officer [Logan] Smith about it, but he wasn’t there.

Homepage: Did you speak to anyone else about it? What was their reaction?

Boy 1: They were very surprised. They said we should turn him in and stuff.

Homepage: Did you guys argue about what to do?

Boy 2: Once I found out who it was, I was like, ‘That’s gross, I don’t like him [anymore] and I don’t want to be involved with him.

Homepage: Are you aware of any other kids who might have been approached or have you heard of any other instances or problems?

Boy 2: I haven’t heard anything.

Homepage: How does your sister feel about you now?

Homepage: Did you get the impression she was afraid of what was going on?

Homepage: How do you feel about getting to the truth?

Boy 1: I feel pretty good about it.

Homepage: Are you guys comfortable with people knowing who you are eventually?

Homepage: Your dads obviously feel very proud of you for coming forth. How do you feel about that? What was the overlying reason you came forward?

Boy 1: Because It was wrong and she’s my sister and I don’t want that to happen to anybody else. She was crying at school all the time. We knew this was wrong and it could happen to other people.”

Homepage: What would you say to someone in the situation you found yourselves in?

Boy 1: This could have been way worse. We’re glad we did what we did.

John Branum has gone from making headlines in the local police log to making one of the best crab omelets on the Oregon Coast.
Read more
BREAKING NOW