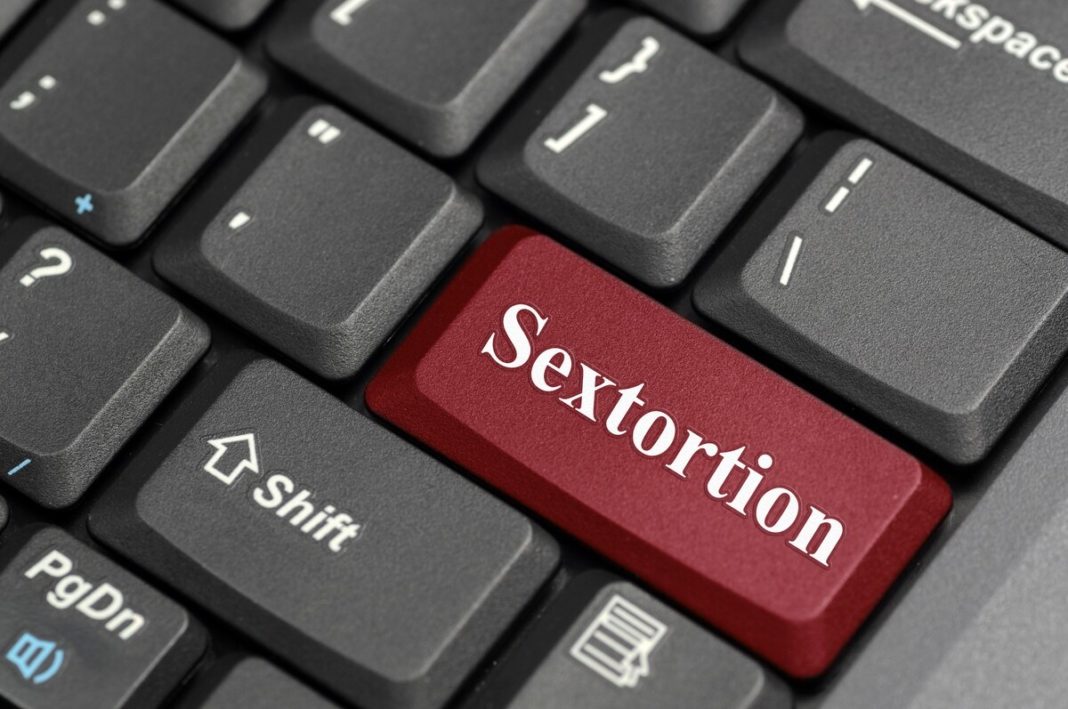 In the last few days, the FBI has launched a national campaign to raise awareness about the crime of “sextortion” with a goal of helping parents protect their families.

The FBI is seeing more and more cases involving sextortion, particularly of kids, sometimes as young as 7 or 8 years old.

The extortionist finds kids on social media, through gaming apps, or through other online platforms. He will either find victims who respond to attention from an adult … or he will pretend to be another child. Either way, he will groom the victim, using flattery or gifts. Those gifts could be real or something as simple as virtual tokens or extra progress in a game.

Eventually, he convinces the child to send a naked photo – and one is all it takes. If the child tries to pull away, the extortionist will threaten the victim with exposure, telling the child that he will send the photo to friends and family or post online.

Over time, the extortionist continues to threaten while escalating demands, which can include the production of more explicit photos and commanding that the child to perform sex acts alone or with siblings and friends.

As part of the national awareness campaign, the FBI is highlighting a recent case from Oregon. Agents arrested David Ernest Otto after finding that he had victimized a number of teenage girls. He found them on a photo sharing site and groomed them until they started providing sexually explicit material. In April of this year, a federal judge sentenced Otto to 15 years in prison for production of child pornography. To read more about the Otto case, check out this link: https://www.justice.gov/usao-or/pr/tigard-man-sentenced-15-years-federal-prison-sexually-exploiting-minors-using-social 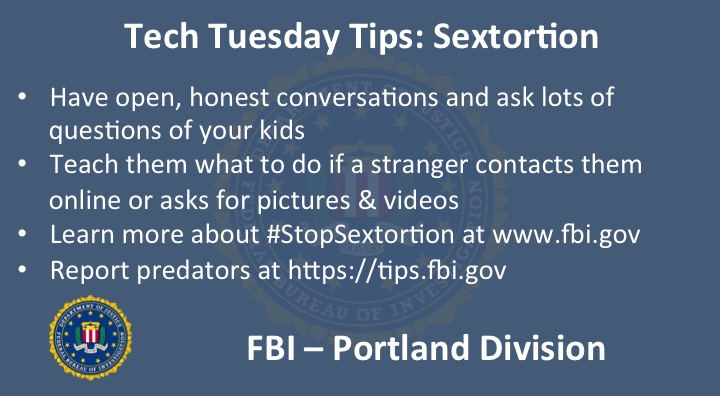 Often children and teens are so concerned they will get in trouble or lose their devices, that they are reluctant to come forward. It’s up to the parent to develop that open, honest line of communication. Start with some short conversations, and ask:

Finally, consider using what you’ve just learned to start the conversation: “Hey, I heard this story on the news today about kids getting pressured to send pictures and videos of themselves to people online. Have you heard anything like that before?”

Parents are the best line of defense for their kids. For more information, see the “Stop Sextortion” section on www.fbi.gov.

To report concerns about potential predators, go to https://tips.fbi.gov or call your local FBI office.

Check in, then check out possible credit card scam on your room charge

Newport Police are warning visitors of a "hotel front desk scam" designed to charge your credit card a second time after checking into your room.
Read more

A network of scammers is using Expedia's name to take consumers for thousands of dollars by having them purchase gift cards and saying their refund site is not working properly.
Read more

For Oregon consumers looking to hunt and/or fish this season, be careful when purchasing licenses as Better Business Bureau Northwest and Pacific has learned of an ongoing online scam publishing phony licenses.
Read more

We've heard from multiple citizens who have received phone calls or voicemail messages from someone claiming to be Deputy/Sergeant/Lieutenant "Todd Hughes" with the Lincoln County Sheriff's Office.
Read more

Scammers posing as IRS on the rise

As we get into tax season, the IRS is reminding taxpayers to be on the lookout for scam e-mails aimed at tricking you into disclosing personal and financial information that could be used to steal your identity and financial assets.
Read more
00:00:31

Law enforcement phone scams on the rise in Lincoln County

From the FBI: Debt Elimination Scams