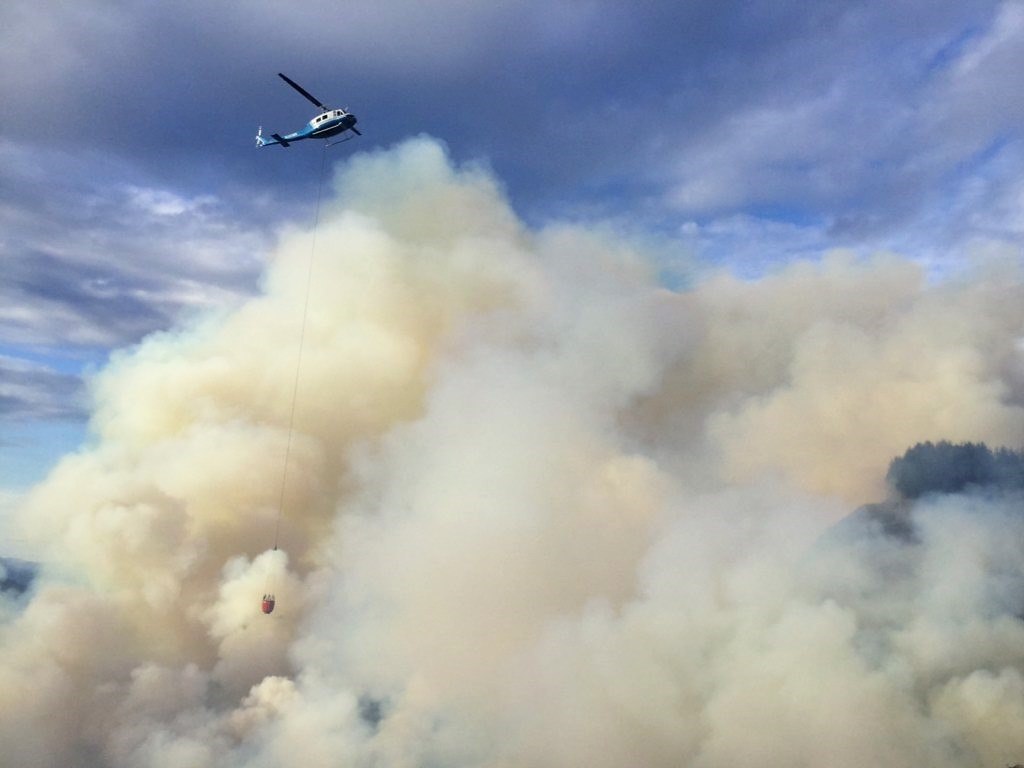 UPDATE 6/5/19 6:07 p.m. – The #TrojanFire – 10 miles SW of Grand Ronde in Lincoln County – is holding at about 120 acres and is 100% lined as of this evening. Tomorrow’s main mission will be getting as close to full containment as possible.

No structures are threatened and there are no road closures. The fire is almost entirely on private land, with a small portion on BLM lands.

Engines will be on scene this evening, and tomorrow’s resources include about 8 engines, 2 tenders, several crews and other overhead.

UPDATE 6/5/19 10:49 a.m. – Crews remained engaged on this fire overnight and as of 8 a.m., this morning report approx 120 acres burned and 30% of the fire perimeter lined as of 8:00 a.m. this morning. Located about 10 miles SW of Grande Ronde in Lincoln County, the Trojan Fire is burning on private land, with less than 5 acres on BLM lands.

Today’s resources include a Type II helicopter, multiple ODF crews, a South Fork crew, four engines, multiple tinders and dozers, with approx 80 personnel total assigned.
Currently, there are no structures threatened and no road closures. The cause of this fire is under investigation.

Crews were met with favorable conditions this morning as they began the day’s objective of continuing their work to line the fire’s perimeter, mopping up as they work inward — prioritizing safe operations above all.

UPDATE 6/5/19 7:40 a.m. – The Trojan Fire is estimated at 120 acres now. Fire activity has slowed down due to weather. There will be four engines, a Type II helicopter, 3 hand crews, one South Fork and other contractors equipment on scene for day shift.

UPDATE 6/4/19 8:41 p.m. – We are actively engaged on the Trojan Fire 10 miles SW of Grand Ronde. Currently estimated at about 60 acres, it’s on private land with no structures threatened and no road closures. Six engines and a Type II helicopter are actively fighting the fire, and additional resources from South Fork and contractors are en route. Cause is under investigation. 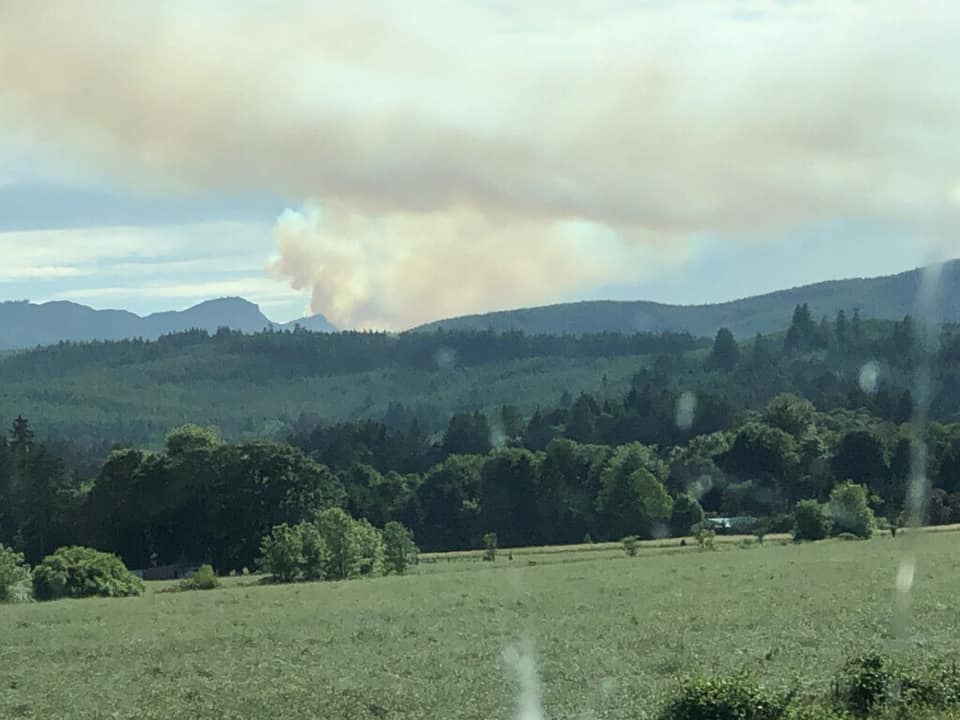 Oregon Department of Forestry firefighters were dispatched to a fire 10 miles southwest of Grand Ronde at 3:57 p.m. today and are continuing efforts to control the blaze.

“The fire is approximately 10 acres and no structures are threatened,” Oregon Department of Forestry – West Oregon District Business Manager Jamee Myers said. “No local fire departments have been called as our engines are on it.”

Six engines from Dallas, Toledo and Philomath are on scene with more hand crews on the way, Myers said.

“We have not heard any major concerns from our guys on the line,” Myers said. “No wind gusts or anything like that.”

No roads have been affected, according to Myers, and a helicopter has been deployed to the area but has not been used.

At 3:57 p.m. crews and resources were dispatched to a fire. At this time they are on scene of the fire that is south of Murphy Hill on Hwy 18. Right now the fire is approx. 10 acres. We will update as we can.