How to Fish the Secret Streams of the Siletz

Family, friends and members of the community showed up Thursday morning in Lincoln City for the last ride for Staff Sgt. Kyle Roland Boozer, with the mission to ride to Willamette National Cemetery in Portland, where Boozer will join fellow fallen servicemen and women. 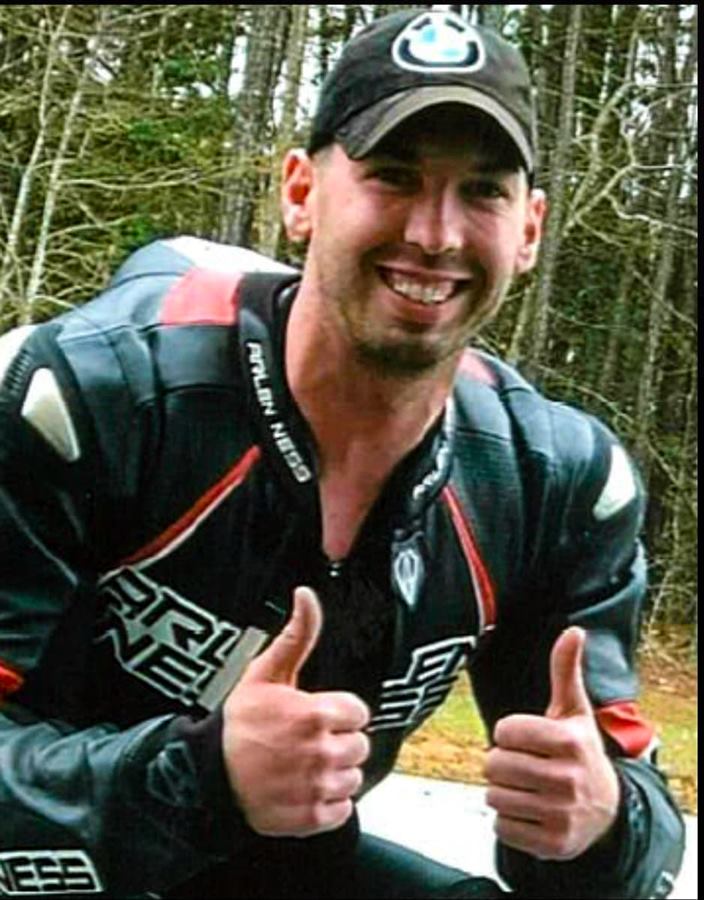 Boozer, a lifelong Lincoln City resident and Taft High graduate, 25, passed away Friday, May 17, in Moore County, N.C., after a vehicle struck his motorcycle.

Boozer’s father, Bret, led the way for a pack that would not be dissuaded by rain in the forecast. The bikes headed out from Tony’s Top Shop, SW 12th St, at 8:30 a.m. sharp for the Armed Forces cemetery in Portland. 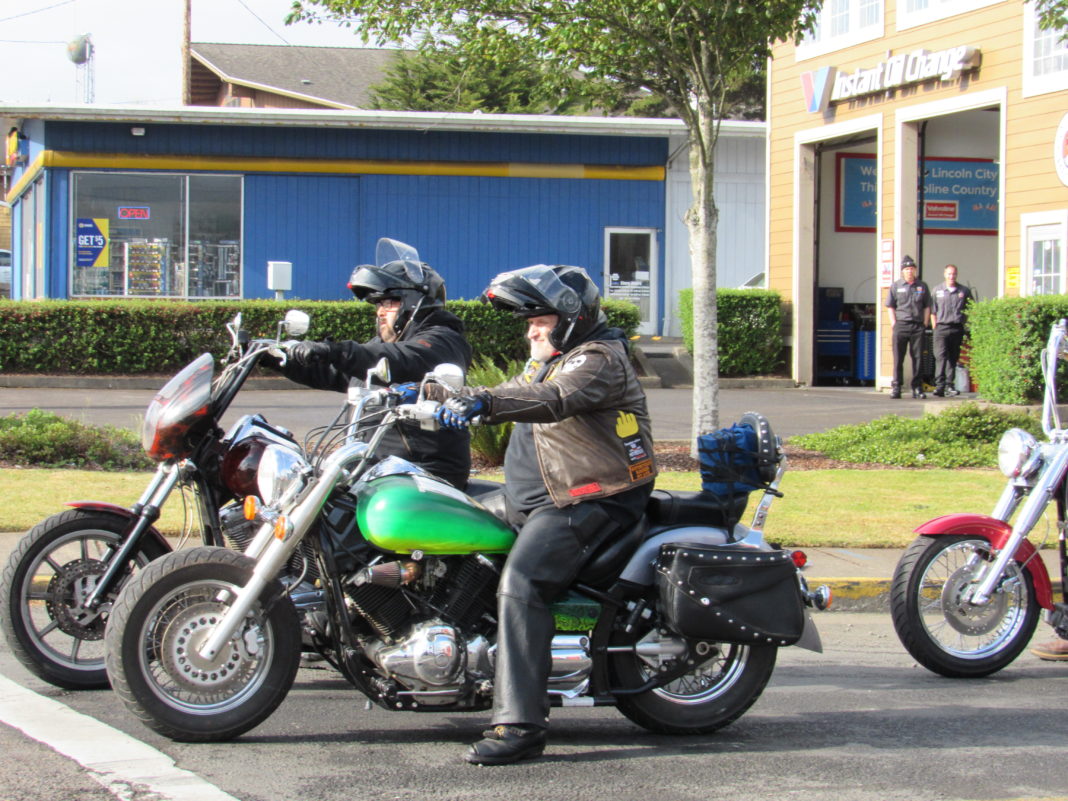 “One of the biggest problems these days is phones,” said a biker who came because he saw a Facebook post announcing the ride. “I’m here to help a fellow bike rider on his last ride.”

“Whenever we have a soldier who is lost, the military assigns a casualty assistance officer for the family,” Oregon Army National Guard Major Robert Earheart said. “I was asked to take on this honor to help out Bret and Julie to help them navigate all the things that are coming their way. Help them with the funeral, help them understand the paperwork, military benefits — it’s going to be a long-term relationship with the family.” 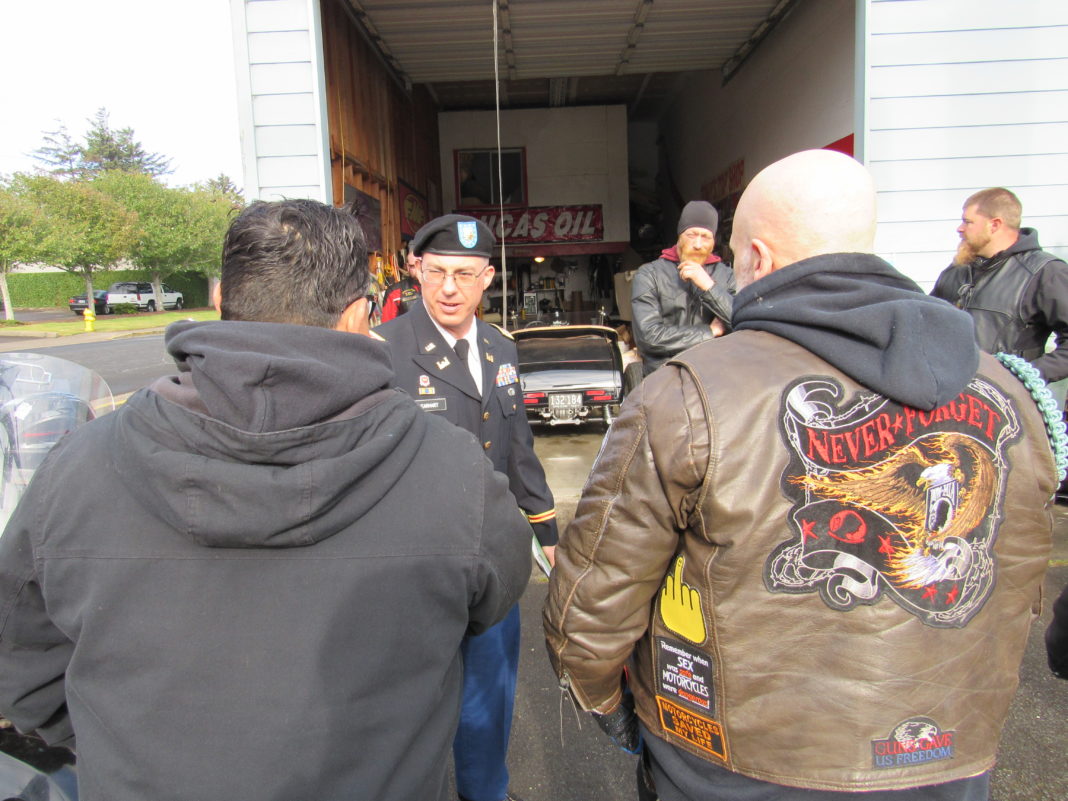 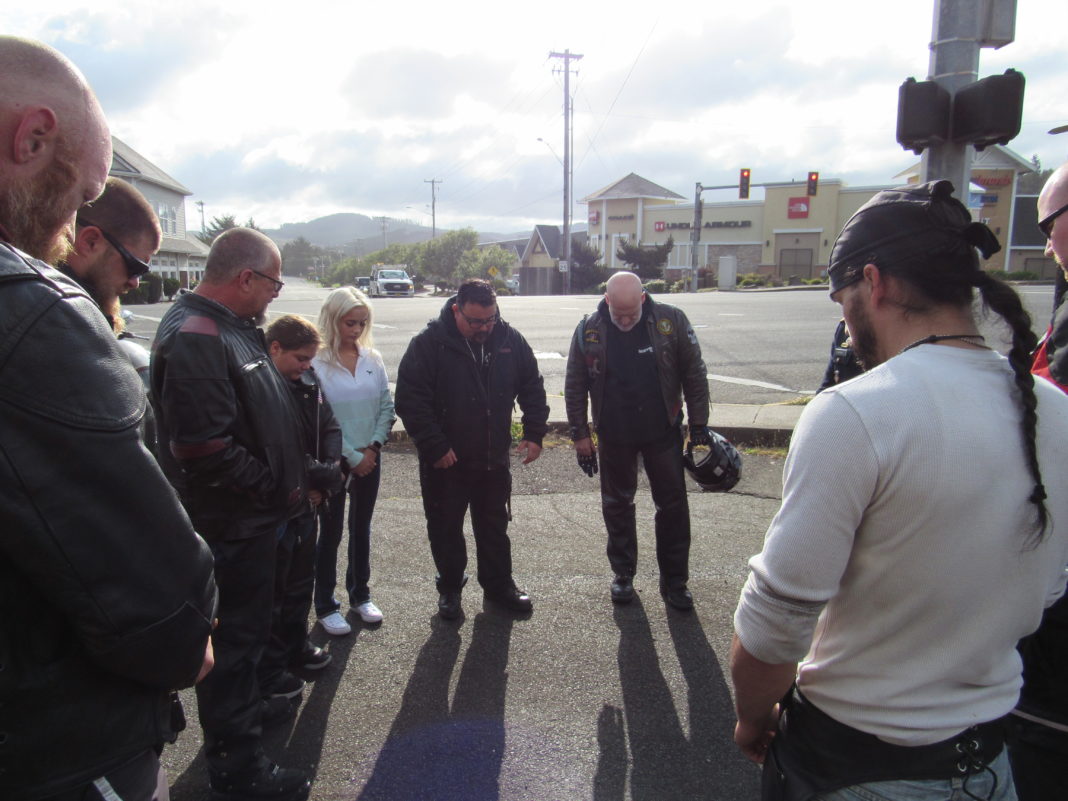 Latino led a prayer and rode alongside Boozer’s father as the bikes pulled onto Highway 101 headed north.

“I saw it on Facebook,” Army National Guard Specialist Andrew Harris said. “Being a Veteran, I thought it would be good to be able to give him his last wish.” 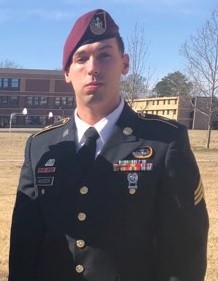 SSG Boozer was born in Edmonds, Washington on June 19, 1993 to Bret and Julie Richter Boozer. After enlisting as a supply specialist in April 2012, he graduated from Basic training, AIT, and Airborne school before reporting to duty at the 82nd. He later served as a Supply Specialist and later NCO with 173rd in Vincenza, Italy.

His awards and decorations include:

He is survived by his wife, Merly; his parents, Bret and Julie; his brother Donald, and sisters, Cynthia, Katrina, and Michelle.