Students to Receive $30 per Month for Food this Summer 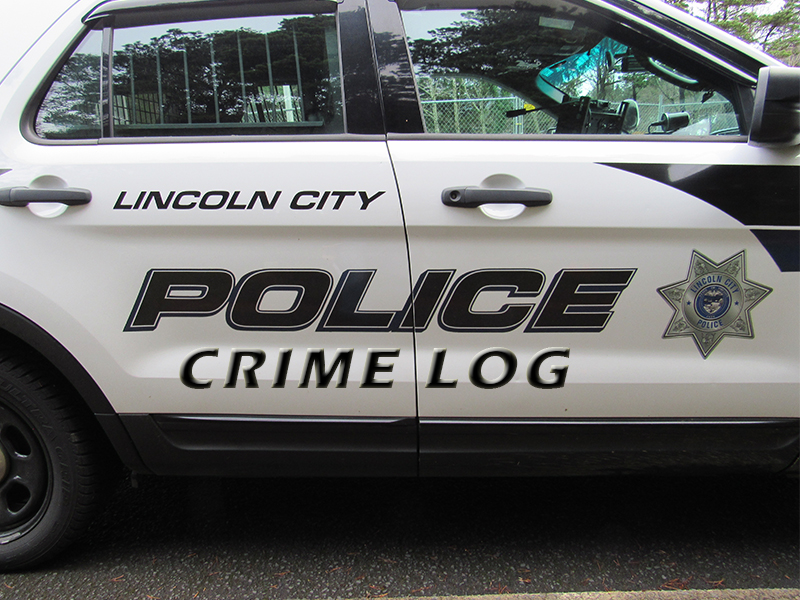 Criminal Mischief – 1:51 a.m. – Snug Harbor – A male broke out the front window of bar and left in a purple or maroon vehicle southbound on Highway 101. Report taken.

Theft – 12:39 p.m. – Chinook Winds Casino – Chinook Winds Security reported a guest had $600 stolen after being left in a ticket cashing machine. Suspect came to PD and returned the $600.

Domestic Disturbance – 7:57 p.m. – 1111 SW 13th St. – Caller reported her roommate and her roommate’s boyfriend were fighting and the boyfriend possibly damaged the caller’s vehicle. No injuries to either party. Neither party wishes to be the victim of a crime. Report taken.

Follow Up – 9:07 p.m. – 4802 NE Voyage Ave., Apartment A6 – David Rollins (7/1/90) taken into custody on probable cause for 39 counts of telephonic harassment. Rollins was transported to the Lincoln County Jail.

911 Hangup – 6:57 p.m. – Corner Cafe – 911 hangup with male answering phone and hanging up. Officers arrived on scene to find open back door where a domestic disturbance had occurred. Male and a child present, female gone. Female located at Tree N Sea SP 23 and transported by medics for evaluation. Travis Cavender (10/26/74) taken into custody for felony fourth-degree assault and transported to Lincoln County Jail.

Warrant Arrest – 8:56 p.m. – Chinook Winds Casino – Isidro Bucio-Rosales (9/17/88) taken into custody for warrant out of Marion County on unlawful use of a weapon charges. He was transported to Lincoln County Jail.

Warrant Arrest – 12:14 p.m. – Chinook WInds Casino – Marylin Ann Childs (7/1/86) taken into custody on warrant out of Polk County for failure to appear on five counts of dangerous drugs. Childs was cited and released.

Trespass – 1:30 p.m. – South IGA – Laurence Daughtery (4/20/64) taken into custody after a report of transients sleeping in a vehicle. Daughtery was transported to Lincoln County Jail.

Extra Patrol Request – 6:18 p.m. – SE Jetty Ave. – Caller says her neighbor recently passed away and is concerned about her criminal daughter hanging around the area. Location is second home for caller and it is vacant.

Intoxicated – 8:37 p.m. – Value Inn, 1713 NW 21st St. – Report of a very intoxicated female found in a room she doesn’t belong in. Maureen Klobertanz (2/9/60) found on NW Mast behind hotel and taken into custody. Transported to SNLH for evaluation on peace officer hold.