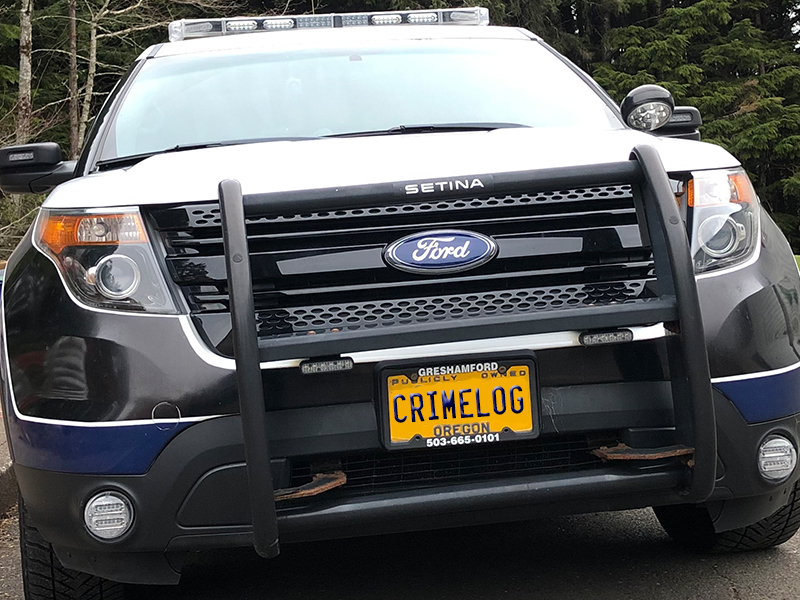 Theft – 3:46 p.m. – 4157 N Highway 101 – Caller reports stolen bicycle with attached trailer while eating at 60’s Cafe. Trevor Petricevic was taken into custody for theft of the bicycle after officers located him at NW 35th and NW Jetty. Petricevic was transported to Lincoln County Jail.

DUII – 10:52 p.m. – 2900 SE Highway 101 – Caller reports an intoxicated female falling down and crawling on her hands and knees before getting in vehicle. Suspect drove northbound from Depoe Bay and crashed into median at 2900 Block of SE Highway 101 with airbag deployment. Fire and medical units evaluated driver. Tracy B. Cutts (9/7/59) cited and released from LCPD for DUII.

Assisting Outside Agency – Chinook Winds Casino – Caleb Schoegje (7/19/92) placed on detainer by probation officer after eluding officers on foot. He was arrested and transported to Lincoln County Jail.

Follow Up – 8:17 p.m. – Chinook Winds Casino – Steven Wood (5/13/60) taken into custody for second degree theft and given courtesy transport to his residence in Otis to retrieve the stolen property. Cited and released.