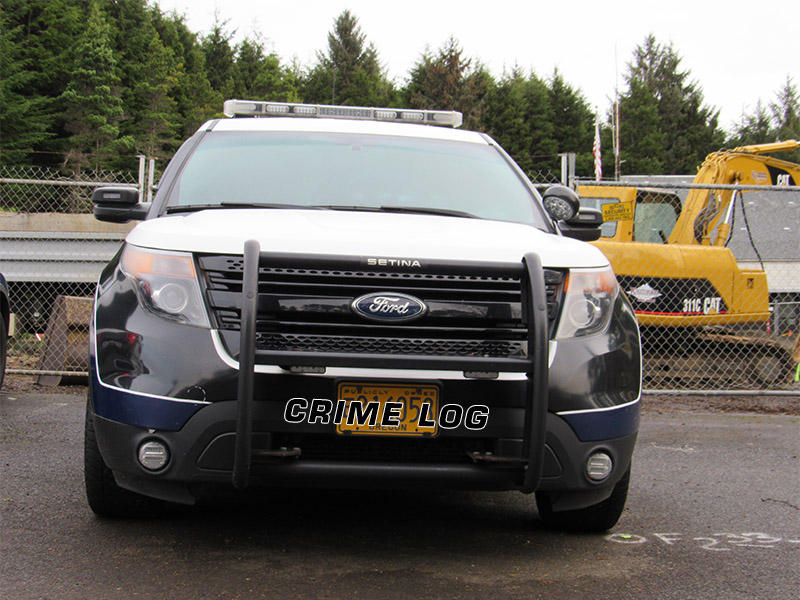 Assisting Other Agency – 3:35 p.m. – 6040 SW Jetty Ave. – Nickolas Arguello (4/21/94) taken into custody on felony warrant out of La Grande for resisting arrest, fourth degree assault, assault of a police officer, possession of a controlled substance and possession of paraphernalia.

Trespass – 7:47 p.m. – Safeway – Caller reported a male and female had been previously trespassed from the store. Murae Van Ras (8/11/93) was taken into custody for a misdemeanor warrant out of Linn County for failure to appear on drug charges. Van Ras was transported to Lincoln County Jail. Ruben Mosqueda (3/18/94) was cited and released for theft and trespassing.

EDP – Chinook Winds Casino – Male attempted to strangle himself with seatbelt in vehicle. Transported to SNLH on peace officer hold.

Citizen Contact – 1:57 p.m. – LCPD – Owner requested that LCPD take a firearm and ammunition that he wanted to surrender. Property received and report taken.

Extra Patrol Request – 4422 NE Devils Lake BLVD., Suite 2 – Transients have been sleeping under awning of entrance on north side of building. Requesting an extra patrol at night to keep people off the property.

Domestic Disturbance – 5:18 a.m. – 4675 NE Johns Ave., Apartment 2 – Caller reports male pushing her around and she thinks he will leave with their children. No weapons or injuries reported. Kieran G. Hill (3/25/84) fled before police arrival. Report taken.

Justin Wernerhttps://wernerhost.com/
Justin Werner is publisher of Lincoln City Homepage and a journalist reporting news for Lincoln City, Oregon. When he's not wearing his reporter hat, you can find him enjoying the Oregon Coast with his wife and three children.
Previous articleWarming shelter to host series of community outreach events
Next articleCultural Center rummage sale to fund arts and children’s programs