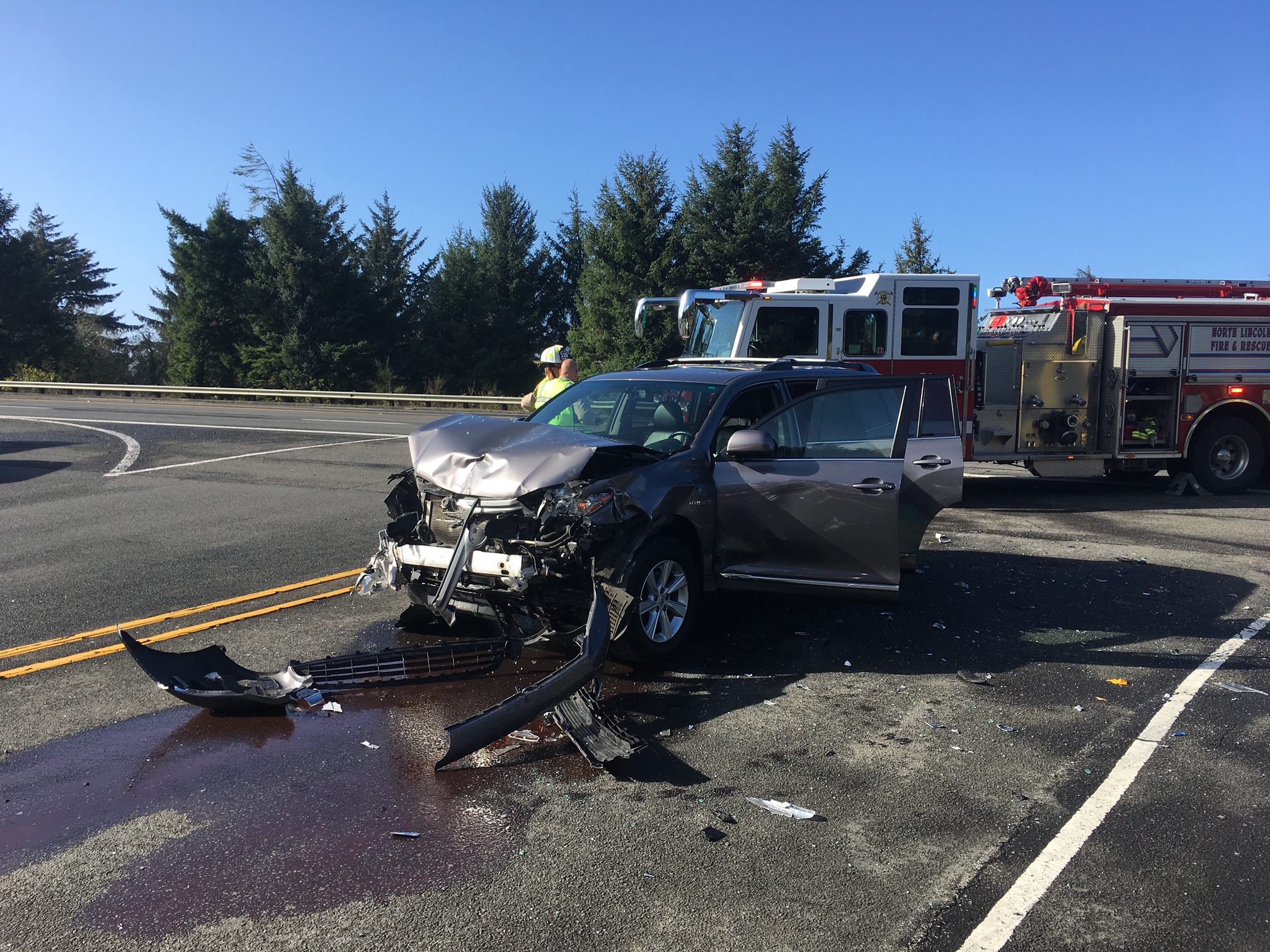 One woman was transported to Samaritan North Lincoln Hospital in Lincoln City and multiple individuals suffered minor injuries Friday after two vehicles collided shortly before noon at the intersection of Highway 101 & Siletz Highway. 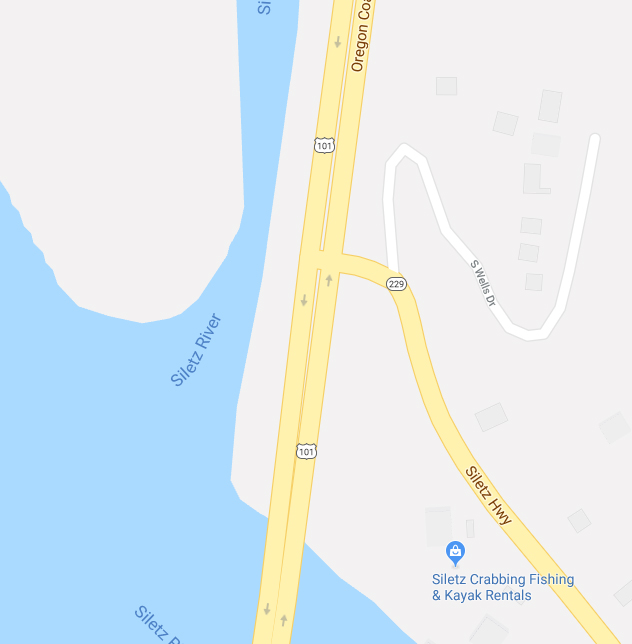 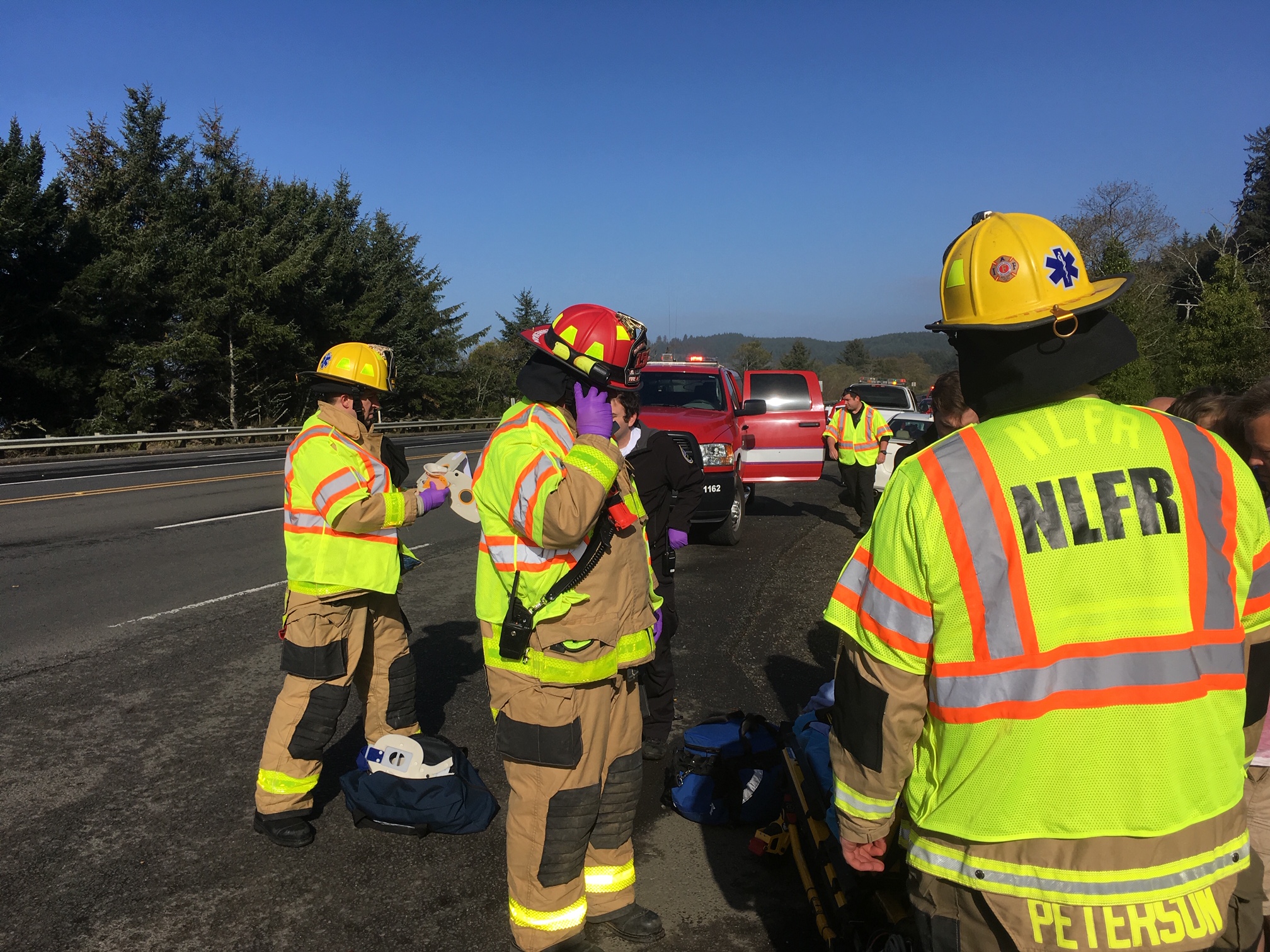 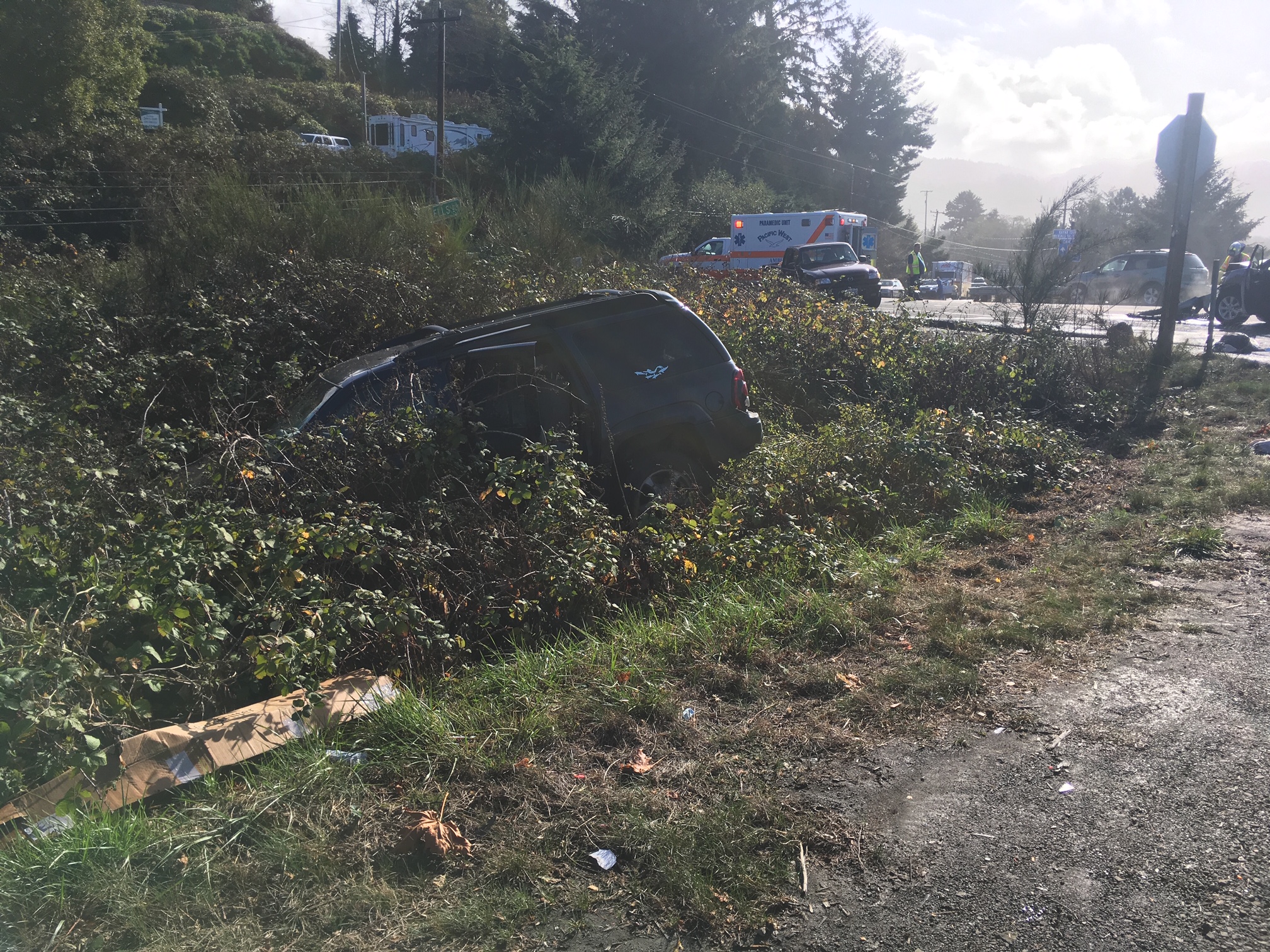