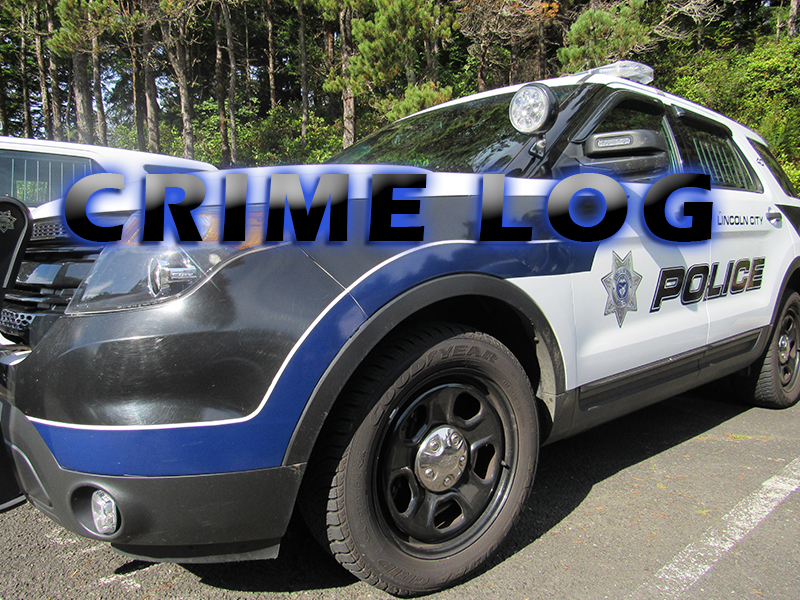 Burglary – 6:45 p.m. – Caller reported a suspicious male on the corner property at SW 52nd CT. Misdemeanor warrant confirmed for Tony Lee Ray (08/10/77) out of Lincoln County for failure to appear. Misdemeanor warrant confirmed for Marylin Ann Childs (07/01/86) out of Polk County for failure to appear. Ray cited and released for warrant and trespass II. Childs taken into custody and transported to Lincoln County Jail.

Warrant Arrest – 1:48 a.m. – Dorchester House, 2701 NW Highway 101. Solinna M. Butler (4/23/91) taken into custody for two felony warrants. One out of Marion County and one out of Clackamas County. Transported to Lincoln County Jail.

Restraining Order Violation – 2:38 p.m. – 2438 NE Holmes Road #39. Caller reported a verbal argument after subject refused to leave apartment after child exchange. Jamie Brink (01/30/87) was located at her home and taken into custody. Brink was evaluated by medics at LCPD after complaining of shortness of breath and then transported to Lincoln County Jail.