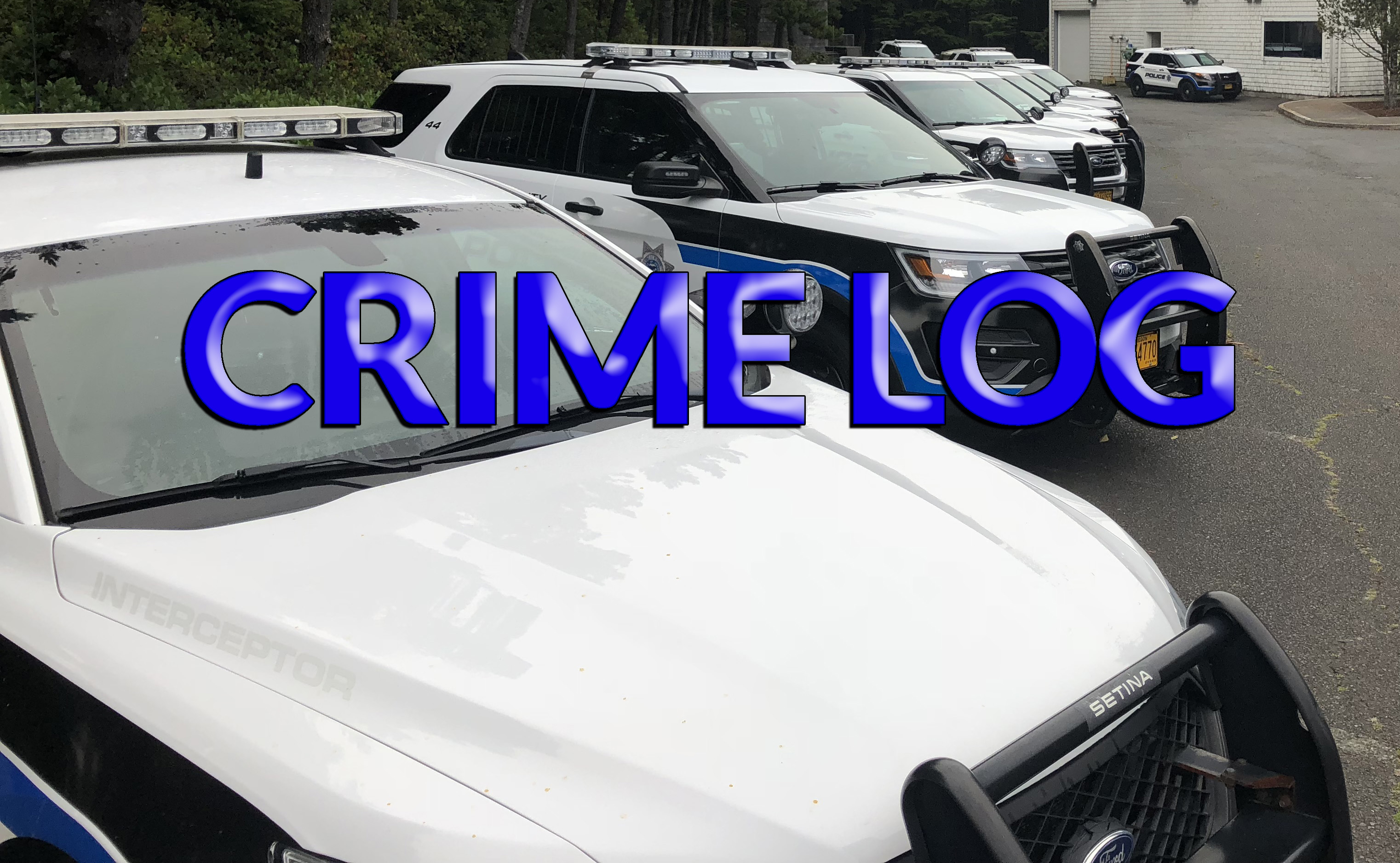 The Lincoln City Police Daily Crime Log is a public record of police calls. Homepage will run the log every Friday. All suspects are innocent until proven guilty in a court of law.

Suspicious Activity – 4:54 p.m. – 2030 SE 66th Street. Caller reports they are from out of state and are seeing a red 2000 Ford Explorer near their house via security camera. Person from the vehicle appeared to be putting things into or taking things out of their garbage can.

Hit and Run – 12:02 p.m. – SW 51st & SW Highway 101. Caller reports a white pickup backed into her car while she was stopped for a pedestrian who was crossing the street.

DUII – 11:54 p.m. – 1777 NW 44th Street. Oregon State Police received a driving complaint of a vehicle traveling westbound on Highway 18 (from milepost 3) at speeds of 30-100 mph.  Hanto Nathan (09/12/1977) was arrested for DUII after a traffic stop was initiated and tests were performed. Nathan was transported to Lincoln City Police Department.

Trespass – 11:56 p.m. – 1014 NE Highway 101. Caller reports an intoxicated female at hotel. The female was advised she wasn’t a guest and was trespassing. The female returned to the hotel while officers were there and she was taken into custody for trespass II and transported to LCPD.

Recovered Stolen Vehicle – 11:47 a.m. – 1100 SW Bard RD. Caller reported seeing a male and female in a blue and white Ford pickup break into her vehicle. Her purse and other items were stolen. Vehicle and occupants located in Safeway parking lot. Vehicle confirmed stolen out of Clackamas County. Male and female taken into custody and transported to Lincoln County Jail.