The 23rd annual Lincoln County Law Enforcement Recognition Banquet was held on Friday, May 17, at the Salishan Resort to honor local law enforcement for its work, dedication and commitment to serving the citizens of Lincoln County. 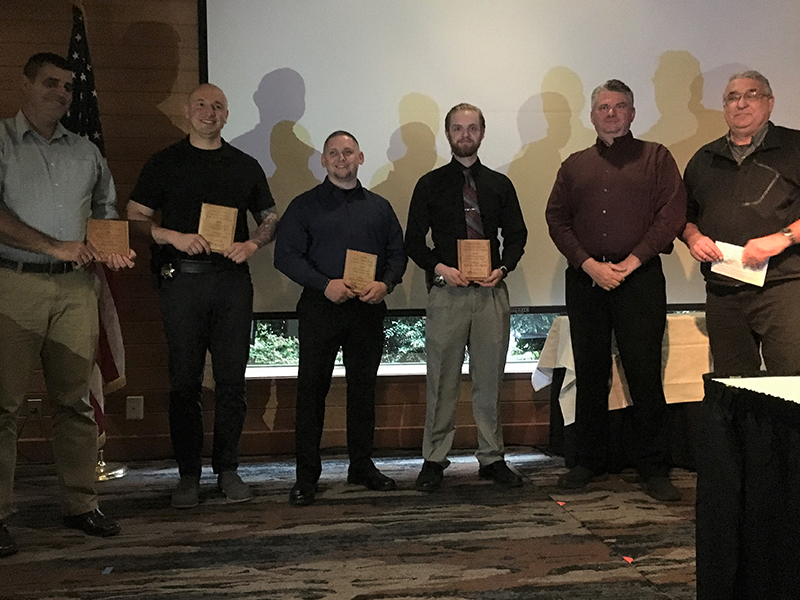 2019 Inductee into the Lincoln County Law Enforcement Hall of Honor:

Each year a selection is made by the LERB Committee, which consists of members from each agency, and represents a broad spectrum of law enforcement professions. The award is symbolized with a permanent plaque placed in the hallway of the first floor of the Lincoln County Courthouse. 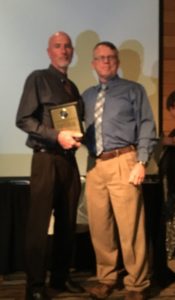 Denis Bosque has been in law enforcement for 35 years. He started his law enforcement career at the Maryland County Sheriff’s Office in 1973, the Lincoln County Sheriff’s Office in 1984, became the Chief of Siletz in 2003, and finished his paid career in 2008 with the Toledo Police Department. To this day, he volunteers his time, his vast knowledge, and expertise to the young officers of the Toledo Police Department. Today we are here to honor Denis Bosque as this year’s Hall of Honor recipient.

Bosque started his law enforcement career in 1973 at the Montgomery County Sheriff’s Office in Maryland. He spent 5 years there before he decided to go West! In 1984, he joined the Lincoln County Sheriff’s Office as a Property/Records Clerk. Within a year he was promoted to Civil Deputy. This was not a very prestigious job but Denis was eager to come to work every day and do his job. He was very thorough and he did it with so much energy that he was soon promoted to Patrol Deputy in 1987.

He received awards from the public, District Attorney’s Office, Sheriff’s Department, and a special award from Governor Barbara Roberts for his contribution on behalf of crime victims. He was a member of Lincoln County Interagency Narcotics Team and the Major Crime Team. He developed a great rapport with the family of the victims in the Christian Longo case which helped them as they navigated this difficult time. Denis Bosque was instrumental in developing solid connections with the Toledo Police Department to maintain police presence in the Siletz area. As we all know this helped the citizens of Lincoln County stay a little bit safer.