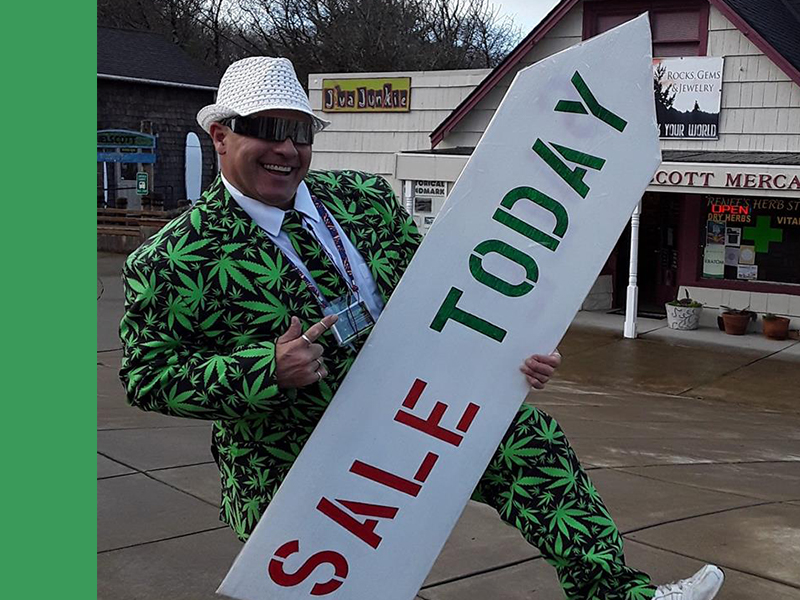 After working for Cannamedicine in Newport, where visitors would take their picture with the “Weedman,” the City of Newport denied him a business license and Biggar came to Lincoln City to pursue his entertainment career performing at weddings and parties.

Biggar, a divorced father of five, was recently hired by Rene’s Herb Store in Nelscott to promote the cannabis business with his unique style of dancing and sign waving while dressed in a suit designed with pot leaves to attract customers.

The popular public figure and military veteran has been featured in numerous newspaper articles such as Legal pot dealers find home: Oregon’s Cannabis Coast in the Salem Statesman Journal and Snubbed ‘Weed Man’ rolls to Lincoln City in the Newport News Times.

“Weedman” maintains a website, goweedman.com, where he sells hoodies and T-shirts and touts himself as a “cannabis ambassador.” The website features press pieces about him, YouTube videos and drone footage.

Homepage is pursuing comment from Biggar on his arrest by Lincoln City officers Hayden Tolzman and John Goodman at the south 3200 block of Highway 101. 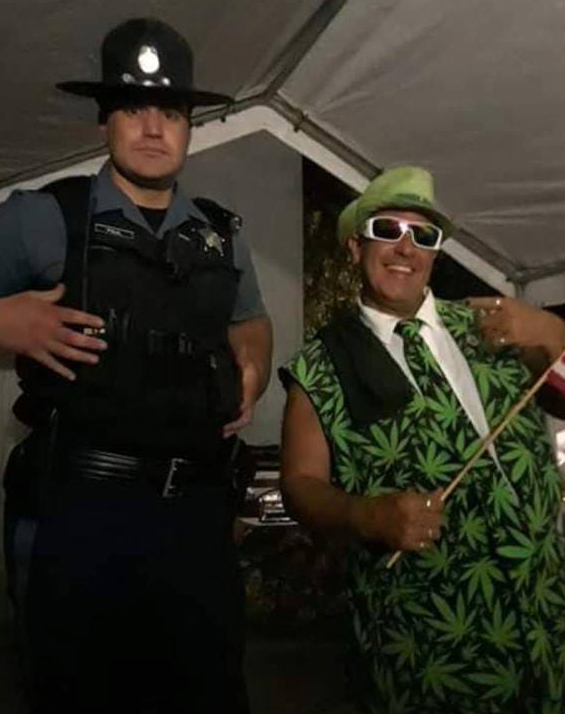 Cat’s out of the bag; ‘Weedman’ back in business

Eddie "Weedman" Biggar is back on the corner of SW 32nd Street and Highway 101 flipping a coffee sign for Cat in a Bag Coffee, a purveyor of cannabis-infused drinks.
Read more