Put Lanee in the game 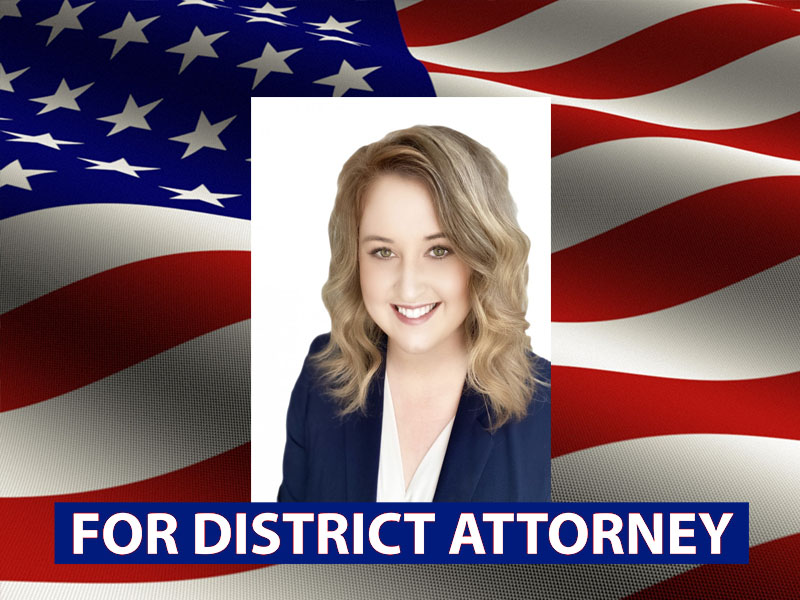 I have lived in Lincoln County for several years, and last year I finally served on jury duty.  In and out of the courthouse several times,  I had the opportunity to watch lawyers both from the defense community and from the district attorney’s’ office.  Lanee Danforth was by far the most impressive.

Although I ultimately wasn’t selected to sit on a jury, I went back just to watch Lanee’s argument in a very serious case.  Her poise, confidence, thoroughness, and command of the law were simply remarkable.  Lanee has my vote for district attorney because I would love to see her in a position of leadership where she could hire and train other prosecutors to perform at her level.

When I think of the qualities I would like to see in a district attorney, I think of someone who is an effective communicator, is professional, and who is committed to enforcing the law and keeping the community safe. That is Lanee.  It is frustrating to me that the governor appointed Mr. Cable as our new district attorney — someone who has spent the last several years of his career as a defense attorney, working to keep criminals out of jail.   Yes, he worked for the DA’s office before.  Why did he leave? Is it that easy to change sides?

His biggest criticism of Lanee seems to be her age.  Do we all need to be reminded that Judge Charles Littlehales became the Lincoln County District Attorney when he was 28 years old? He went on to have a four-decade-long distinguished career as a DA and judge, and was well-regarded by the legal community.  I hope no one is suggesting the rules should be different for Lanee because she is a woman.

If I have learned anything in life, it is that doing something longer doesn’t necessarily make someone better.   You don’t sit Steve Jobs, or Bill Gates, or LeBron James on the bench because they are young.  You recognize and reward skill, talent and passion.

Put Lanee in the game.

Vote for her in the May election.

PAID FOR BY THE COMMITTEE TO ELECT LANEE DANFORTH DISTRICT ATTORNEY

Lanee knows the law better than anyone

I was Lanee's direct supervisor in the office and I can tell you that she has what it takes to be a great district attorney for Lincoln County.
Read more

Lanee has a natural ability to lead

For nearly the last four years, I've had the unique perspective of observing most attorneys in Lincoln County and many others from larger firms across the state. I can unequivocally say that few, if any, have impressed me as much as Lanee Danforth.
Read more

I am writing this letter out of deep concern for our community and to share what I have learned after 22 years practicing criminal law, this being my 17th year as a prosecutor.
Read more

Cable is the right choice

Right now, Jonathan Cable's experience matters. He is showing solid leadership in these troubling times and is working 24/7 to maintain law and order while our county weathers this storm.
Read more

As we go through the coronavirus crisis, we are all, first and foremost, concerned about the health of our loved ones and communities.
Read more

As you know, the coronavirus has become a major health concern, not just in China, but in other parts of the world, too – and it’s also shaken up the financial markets.
Read more

If you own a business, you know that setting up a retirement plan for yourself and your employees can be challenging. But it may now be getting easier.
Read more

You may have heard that timing is everything. And in many walks of life, that may be true – but not necessarily when it comes to investing.
Read more

Invest in Your Family and Community

Why do you invest? For many people, here’s the answer: “I invest because I want to enjoy a comfortable retirement.” And that’s certainly a great reason, because all of us should regularly put money away for when we’re retired. But you can also benefit by investing in your family and your community.
Read more