Some took their time and created masterpieces while others had to dedicate resources to “holding the ocean back” as was the case for Sweet Home resident Randy Schoonover and family, who built a “siege wall” to protect their intricate house from the rising tide. 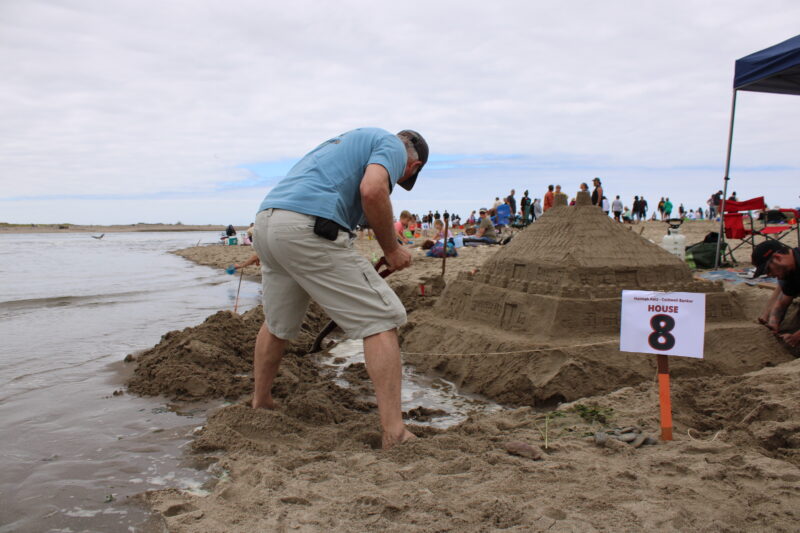 “We love this event because it’s family friendly,” Schoonover said. “You see more smiles here on this beach than anywhere you go in Lincoln City.”

The Schoonover’s have been coming to Lincoln City and entering the competition for the last 15 years.

Some contestants were not so lucky in their battle with the sea. 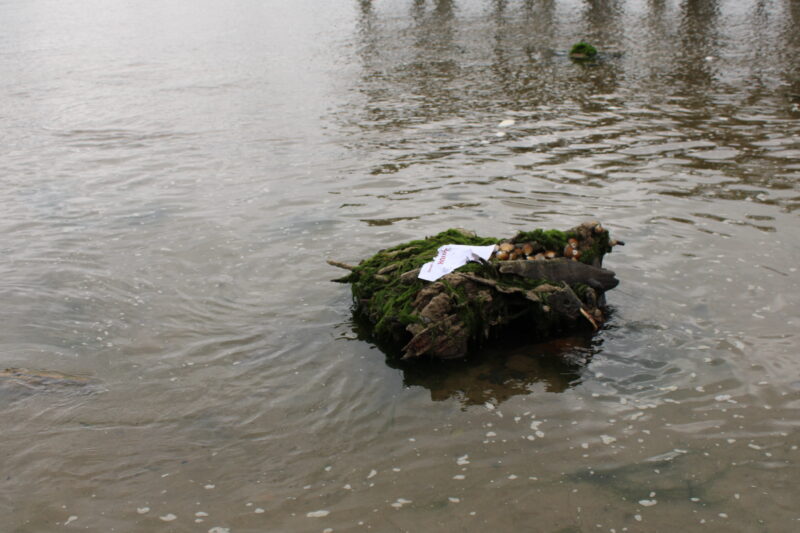 A visiting family from Genoa, Nevada chose the Sea Castle theme and had four different castles adorned with fish, turtle, crab and starfish. 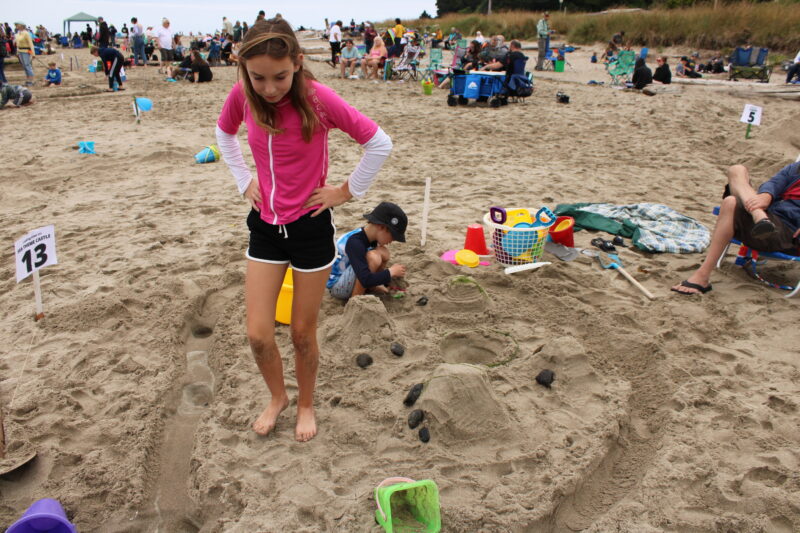 Local builders from Salishan had problems with a pesky crab that kept spitting sand out as they crafted their mermaid. 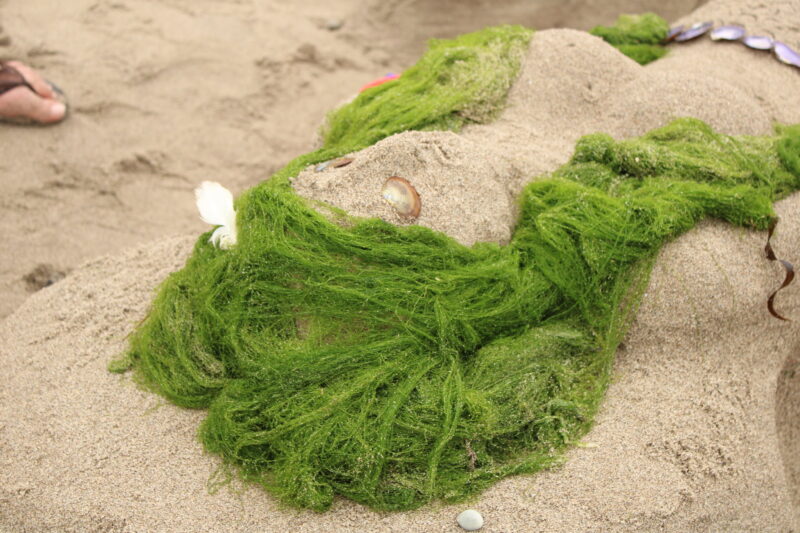 A woman from Damascus, Oregon made a house after her attempts to create a lighthouse failed because “it kept falling down.” 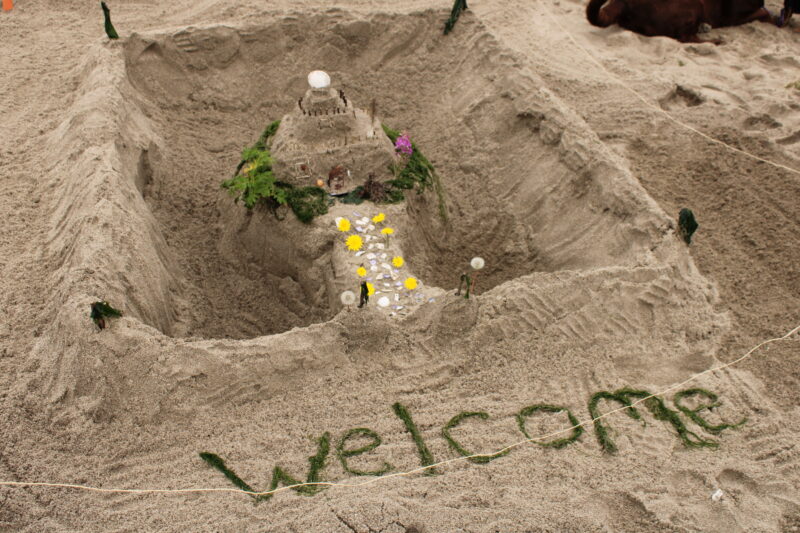 “This house is only a few sand dollars for rent,” she said.

A couple who “love going on cruises” christened the Lincoln and earned a perfect score. They have been coming to the event for six years, so they knew to build high up on the beach to avoid a possible wipeout from the tide.

The Lincoln sets sail
1 of 3

Smiles were plentiful and kids grabbed as much taffy as they could get from master of ceremonies Bret Lucich.

The entry fee for registration was a can of food to help Lincoln City Food Pantry. Sand sculptures were made of sand, water, shells and other natural beach materials. No power tools were allowed and professional sand artists could not win.

Sandcastle Contest at Mo's
1 of 7

Twelve categories were in play this year with $100 top prizes each. A special 12 and under kids division saw first, second and third place bringing home “beach bucket surprises.”

Justin Werner was a volunteer judge at this event.

Taft's Siletz Bay was the destination for many beachgoers in Lincoln City Friday as the needle flirted with 80 degrees and the sun shone amid a mostly cloudless sky.
Read more

Homepage takes great pride in many of the photos and videos it shares with its reader, but we were especially moved by this picture taken by Otis resident Wesley Culver.
Read more

Heidi Krause didn't think her and her three dogs would get perilously stuck in the sand 35 feet from the approaching Pacific Ocean in her Toyota FJ Cruiser south of Taft on Thursday.
Read more

Oregon State Parks has lifted its ban on beach fires on the North and Central coasts due to moisture and longer nights with cooler temperatures.
Read more

Fire crews and police were urging onlookers and press to stay back as the surges were unpredictable.
Read more

Lincoln City Homepage is proud to announce Lincoln City resident, Don Johnson, will be sending us some of his amazing pictures to use on...
Read more